Are Fauci and Gates About to Get Arrested due to Vaccinations? 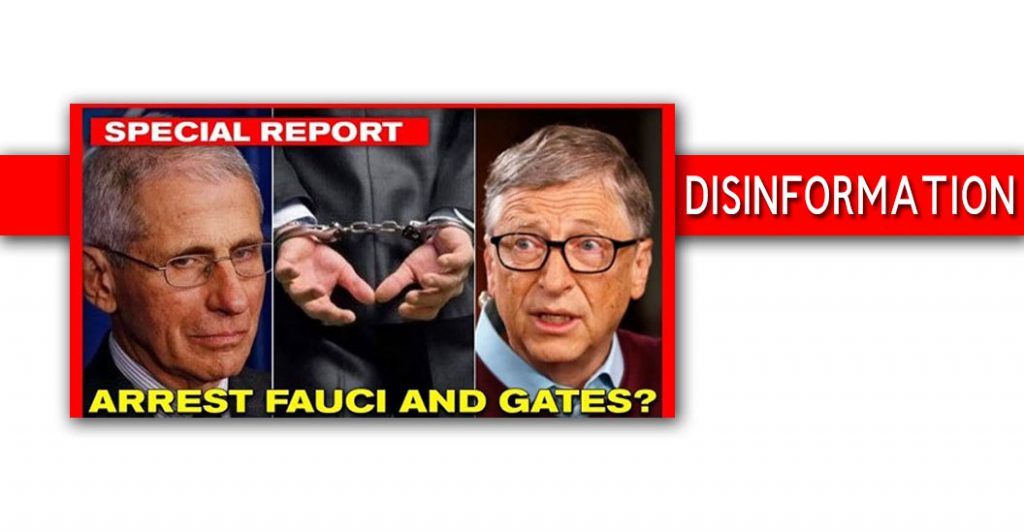 News Front, on July 22, published an article titled “Lawsuits Filed Against Fauci and Gates for Creating and Artificially Disseminating the Virus with the Obama Foundation”. The article has been shared on its Facebook page by Eurasia, a news agency, where the founder of Eurasian Institute – Gulbaat Rtskhiladze – works and which manages a Facebook group called “გაზეთ “საქართველო და მსოფლიო”-ს ჯგუფი:Россия и Грузия- дружба навеки!”. The article mentions that a lawsuit has been filed against Anthony Fauci, the director of the National Institute of Allergy and Infectious Diseases, Bill Gates, and the Obama Foundation. Anthony Fauci has been a leading member of the anti-coronavirus task force since January 2020. News Front claims that they are accused of disabling and killing hundreds of thousands of children, as well as artificially creating and disseminating the virus. Obama, on the other hand, will be prosecuted due to allocating USD 3.7 million to Wuhan Laboratory.

The text includes a photo and a YouTube link to a video titled “EXCLUSIVE Drs Buttar, Shiva & Mikovits BLAST Gates, Call to ARREST Fauci as Crisis CRUSHES Economy”, however, the video does not load.

The given article by News Front is a lie. No lawsuits have been filed in the U.S. against Dr. Fauci and Bill Gates.

Reuters Fact Check wrote about these fake accusations against Anthony Fauci and Bill Gates as well.