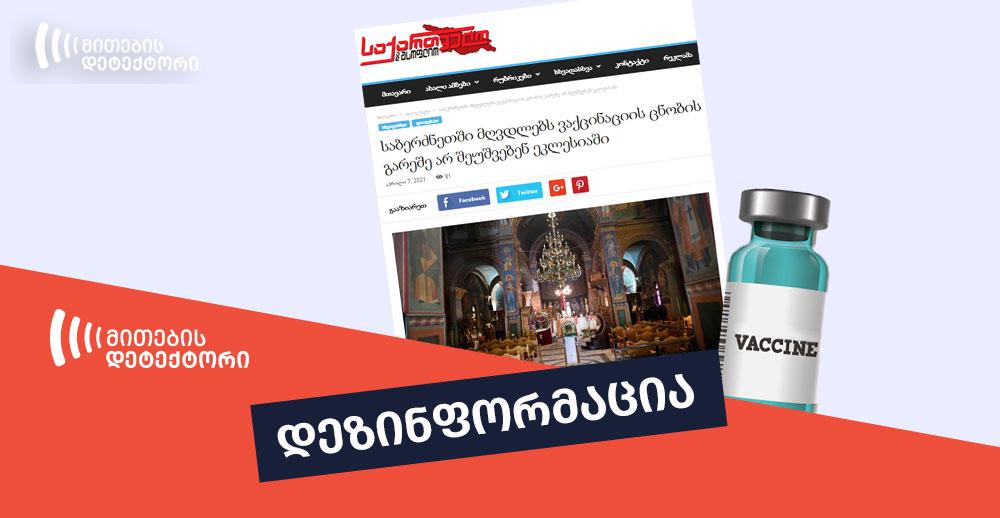 On April 7, 2021, Georgia and World, an online media outlet, published an article headlined “In Greece, clerics will not be admitted into church without vaccination certificates.” According to the article, the Metropolitan Cathedrals will be opened only for three main holidays, while clerics and chanters will be required to present vaccination or negative COVID-19 test certificates. The article does not refer to any source. Neither does it specify the date of publishing and/or enacting the regulations in question. 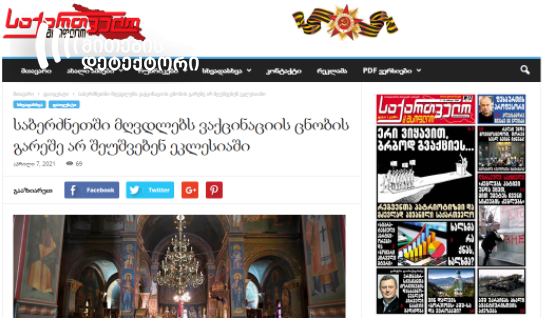 and World claims in the headline of its article that Greek clerics will not be admitted into the church unless they present vaccination certificates. However, the article itself reads that clerics and choir members will be allowed to enter the church only if they present vaccination certificates or negative COVID-19 test results. The information about testing is true; the headline, however, misleads those readers who have not read the article itself.

Greece has been in lockdown since 7 November and due to the government-imposed restrictions, worshippers have been deprived of the opportunity to attend church services since then. Considering the epidemiological situation in the country, only nine persons observing social distance rules are allowed to attend church services in some administrative units belonging to an increased risk area. In other parts of the country considered to be high risk zones, church rituals are held without worshippers.

According to the March 19 decision of the Greek Government announced by Deputy Minister of Civil Protection and Crisis Management Nikos Hardalias, worshippers were allowed to attend church services on March 21, March 25 and March 26.

According to the same decision, 20 believers per church were allowed to attend a service through observing the rules of social distancing and wearing masks. Neither the Greek government’s official statements nor Greek media said anything about the need for clerics to present vaccination certificates. As for testing, it is mandatory for clerics and chanters and it was carried out under the responsibility of respective eparchies of the Holy Metropolis on March 21, March 25 and March 26.

The official document on emergency measures to prevent the spread of COVID-19 countrywide released by the Greek Government on April 10 also says nothing about mandatory vaccination of clerics.