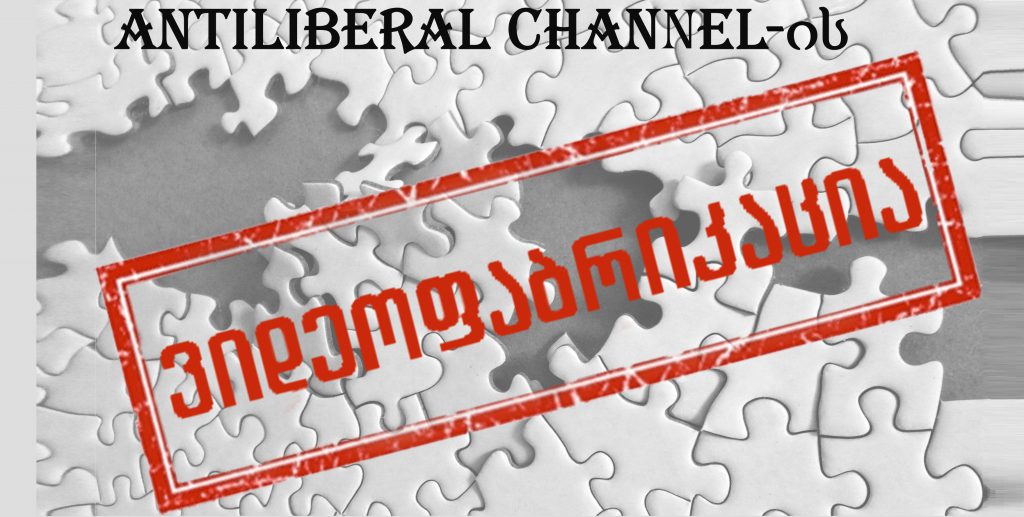 On June 29, 2017, Antiliberal Channel posted a video “Germany Today!” on its Facebook page. The channel claimed that the video depicted various crimes committed by migrants in Germany, adding that the ongoing processes would lead to the disappearance of local population in Germany.

Germany Today! When you see what’s happening throughout Europe and still dare to protect migrants, you should be either “a dick” or “a grant eater”; more tolerance, more migrants. Not a single local German will remain in Germany soon… Maybe only German shepherd will help them…

The video has 20 000 views. Moreover, it has been shared by an ultra-nationalist website Kartuli Natsionalisturi Kultura (Georgian Nationalistic Culture). The Facebook post involves hate comments against migrants and foreigners living in Georgia.

Myth Detector verified the video disseminated by Antiliberal Channel and it turned out that the material:

Episode 1: Sweden instead of Germany

This video episode was shot in the capital of Sweden, Stockholm on January 5, 2016. A woman, accompanied by two minors, tried to stop a man from robbing another man that prompted the perpetrator to attack the woman. According to Swedish media outlets, the perpetrator was deported to Denmark, where he first requested asylum. Episode 2: Brazil instead of Germany This episode has nothing to do with Germany and migrants, as it was shot in Rio de Janeiro, Brazil on December 7, 2017. Police arrested three minors and a habitual criminal named as Carlos Andre Borba de Souza. These persons are not migrants. All of them are the citizens of Brazil.

Episode 3: Czech Republic instead of Germany

episode depicts a group of young men robbing a young woman. Video verification has confirmed that the incident took place in the Czech capital of Prague on May 22, 2016. The full video features a group of young men entering the building together. Before entering the building, they talked outside that was followed by aggravation of the situation. According to Czech media outlets, police launched investigation and asked citizens to assist in identifying the men featuring in the video. Episode 4: France instead of Germany

This episode took place in France, not in Germany. According to French media outlets, on March 16, 2017, police seized a motorcycle from a man in Drancy, a commune in the northeastern suburbs of Paris, as he was driving it without wearing a helmet that triggered a confrontation between the motorcycle driver and the police officer. Episode 5: Switzerland instead of Germany

This episode was shot not in Germany, but in Bern, Switzerland and it depicts physical confrontation between the Turks and the Kurds on September 12, 2015. The video was first disseminated by Revolution News channel on YouTube, according to which the Turkish nationalist crashed his car into Kurdish demonstrators. The primary source says absolutely nothing about migrants. Episode 6: Morocco instead of Germany

In the last episode of the video collage, two German Shepherds attack a man after the latter throws items at them. The incident took place not in Germany, but in Morocco that is an Arabic country. The video starts with an episode actually depicting not an attack of migrants on police officers, but a clash between the left-wing extremists and police in the German city of Dortmund on September 3, 2011. The annual manifestation of neo-Nazis in Dortmund was protested by ultra-leftists, who broke through a police cordon and attacked the neo-Nazis. The video was shot by an eyewitness, who later posted it on YouTube describing the video as the manifestation of the neo-Nazis in Dortmund. The video says nothing about migrants. In 2011, when the video was shot, it had not been a long time since the launch of war in Syria and Europe was not yet facing the crisis of migration. Episode 8: Resident of Essen instead of Migrant

This episode was shot in the Berliner Platz subway station, German city of Essen on November 18, 2015 and it features a young man attacking a passer-by. The assailant is a 21-year-old man, who is a resident of the city of Essen and the crime committed by him has nothing to do with migrants. Episode 9: Incident between a mentally ill man and a supermarket salesperson

The second episode of the video collage depicts a conflict between an Arabic-speaking man and other buyers in the supermarket. The incident took place in the German city of Arnsdorf on May 21, 2016. Local police said that the man was undergoing mental health treatment in a nearby hospital and applied to the supermarket for a free SIM card for his phone. The video was first disseminated by an online portal Liveleak.com, known for its disloyal attitude towards migrants in Europe.

Antiliberal Channel’s video manipulation is part of common narrative to incite hatred against migrants. It aims at portraying Muslims as criminals and violators. In this context, special emphasis is laid on Germany, which is frequently portrayed by propagandistic media as a shelter for migrants, where the identity of German people is endangered.

One of the first cases, which purposefully manipulated the issues of migration in Europe, was a high-profile “Liza case.” In January 2016 Russian media disseminated a fake story about a Russian-German girl, who had reportedly been raped by Arab migrants.

Like Europe, the issues of migrants are manipulated and portrayed as “threats” in Georgia by ultra-nationalist, populist groups, who link it with Georgia’s European integration process, saying that the Association Agreement obliges Georgia to receive migrants that will increase a threat of terrorism in the country. On July 14, 2017, the movement Erovnulebi (Georgian for “the nationally minded”) organized the March of Georgians against migrants. Before the march Georgia’s ultranationalist groups mobilized the participants through social networks.