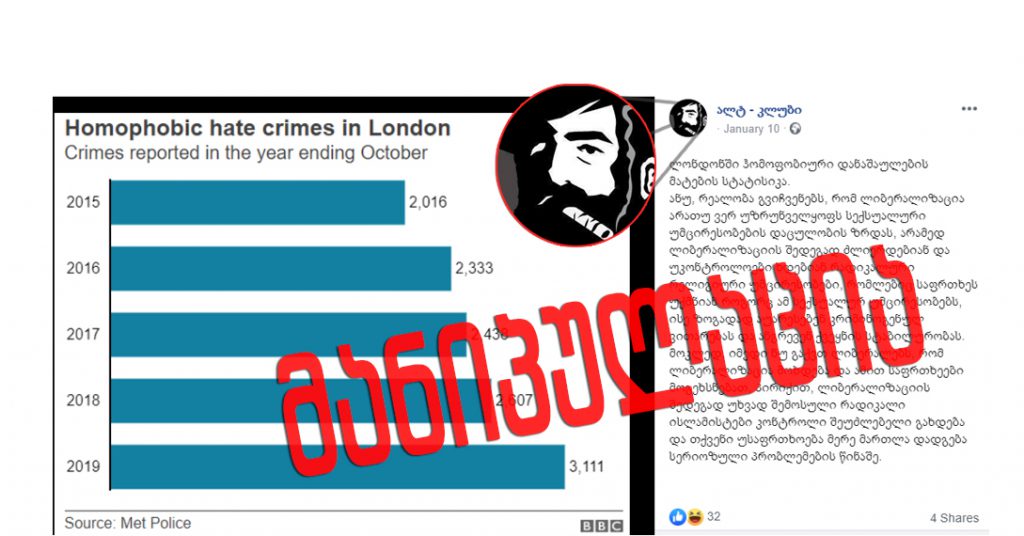 On January 10, an anti-liberal page “ალტ-ლუბი” (“Alt-Club”) published the figures of the rise in homophobic crime in London and connected the increase in hate crime to radical religious groups currently residing in the country. 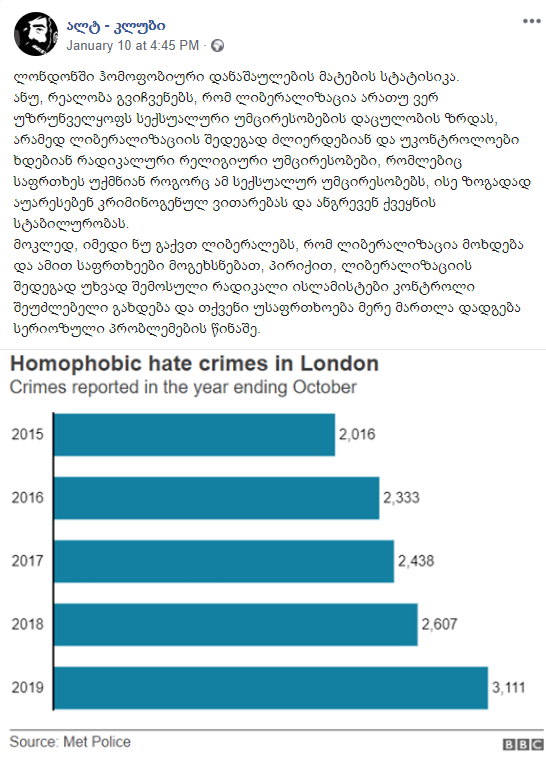 Alt-Club artificially connects the rise in homophobic crime to the religious minorities, namely Muslims, living in the United Kingdom. Actually, the increase of homophobic hate crimes in the United Kingdom is mainly connected to two factors: 1. Improving the methodology of identifying and recording such crime by police and 2. Increased reporting of such crimes by the population. In addition, statistically, 71% of the crimes against transgender people in 2018-2019 were committed by white people, whereas 53.6% of the perpetrators in all crimes motivated by sexual orientation are also white.

According to Statista, in 2019, hate crime hit record high in England and Wales. However, the research published by Home Office of the United Kingdom reads that this can be explained in two ways: 1. Improvements made by the police in their identification and recording of these hate crime offences and 2. More people coming forward to report these crimes. However, the genuine increases, according to the institution, cannot be ruled out either.

Nevertheless, in the research by the Home Office of the United Kingdom, the increase in the hate crime figures is not related to an increase in religious or ethnic minorities. Moreover, according to the data published by the Mayor of London, in 2018-2019, seventy-one percent of all hate crimes against transgender people were committed by white people, with the latter being also responsible for 53.6% of all crimes motivated by sexual orientation. 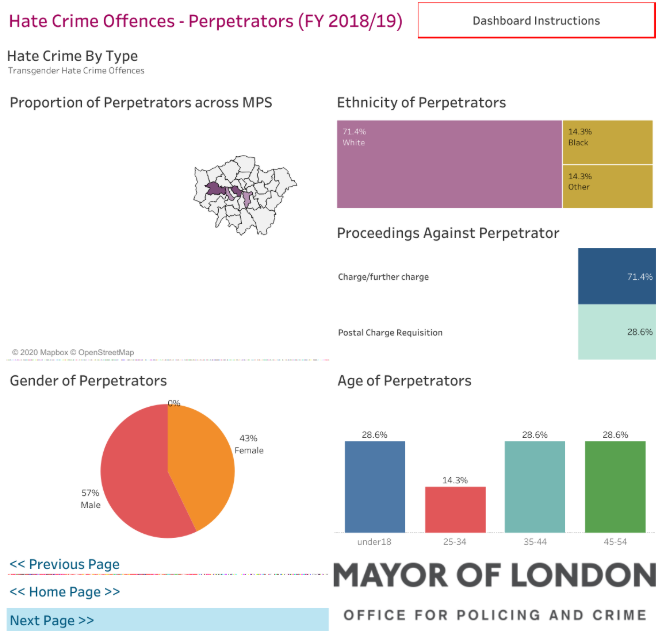 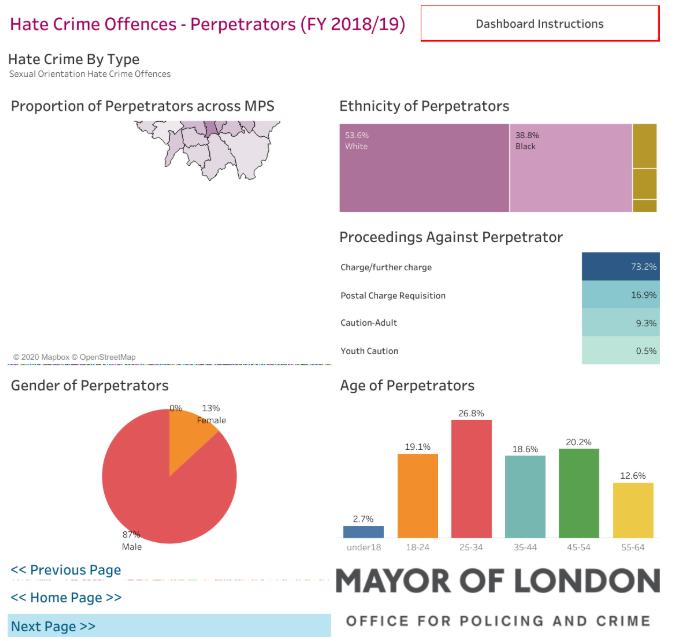 Detailed data about the ethnicity of accused perpetrators of sexually motivated crimes can also be found in a joint research by the University of Sussex and Demos, a British think-tank.

According to the research, out of all accused perpetrators of hate crimes motivated by sexual orientation, 44% are white British, 5.6% – white Irish, and 12.8% – other whites. 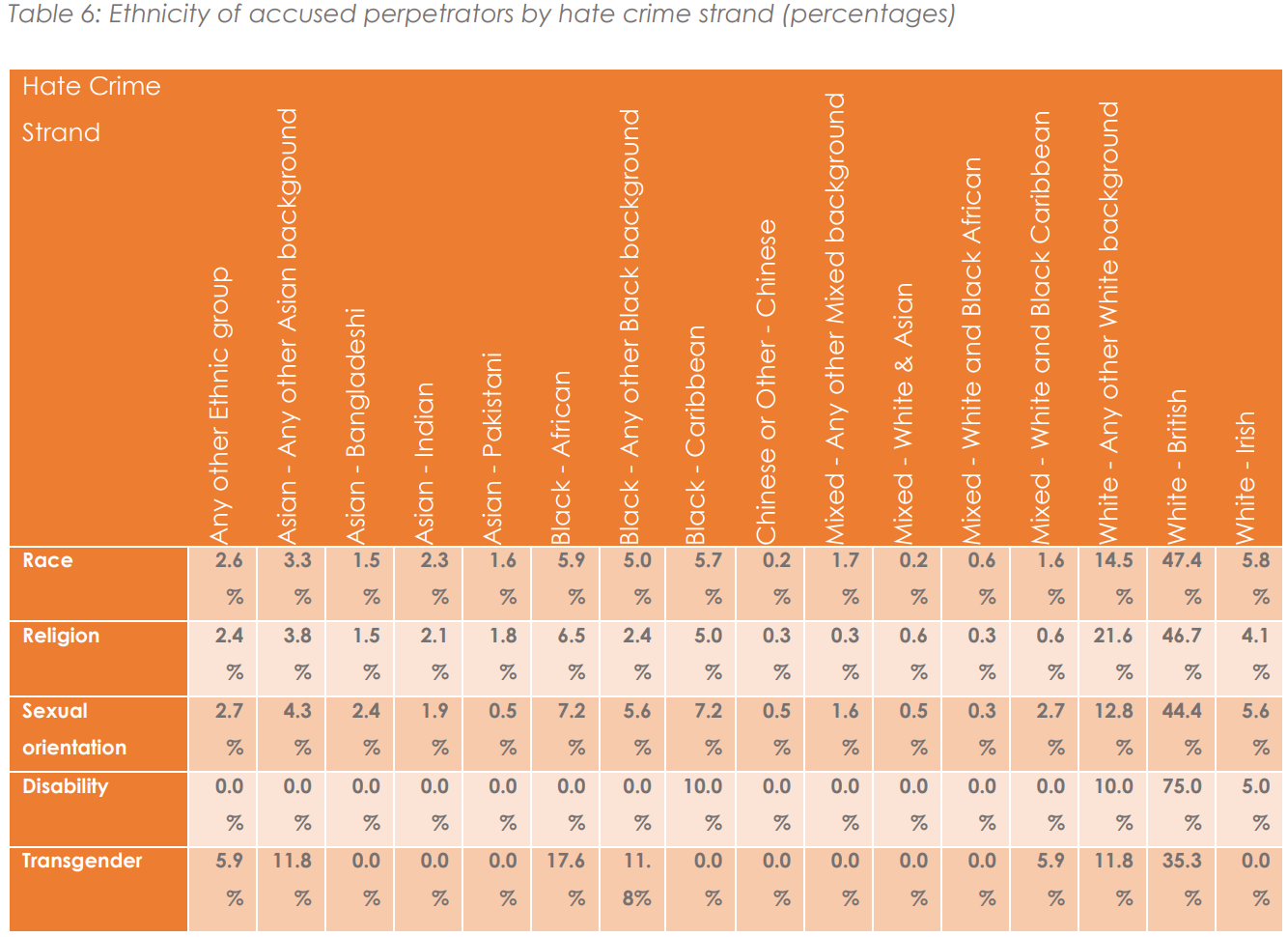