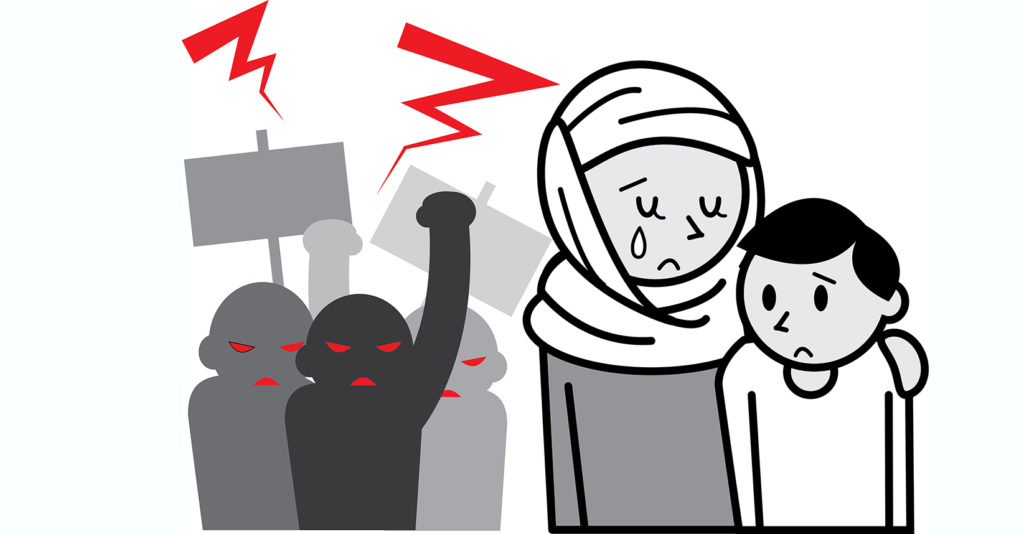 Dissemination of manipulative or fake news may have various goals, including discrediting specific individuals or groups, inciting anti-Western sentiments etc. It is possible to find similarities between Georgia and Germany in this regard, despite different historical and geopolitical contexts. Namely, it is noteworthy that xenophobic messages in both countries demonstrate common accents: number of immigrants, showcasing immigrants as criminals, and imposing a foreign identity.

Accent on the number of immigrants

Messages about the obligation to receive large numbers of immigrants from the countries of the East were being disseminated in Georgia both in 2020 and earlier. If disinformation in 2018 concerned the immigration of Iranians and accepting Syrian refugees, in 2020, prior to the Parliamentary elections, the Leader of Free Georgia party, Kakha Kukava promised his electorate to stop the flow of labor immigrants and was inciting nostalgy to the Soviet Union by claiming that Georgians represented a minority in Georgia before Lavrenti Beria’s rule. His claims are wrong, as according to the 1926 first universal USSR census, there were 2,666,494 people living in Georgia and 1,788,186 (67.1%) of them were ethnically Georgian.

Several German sources wrote about the “problem of the number of immigrants”. According to a report, disseminated in 2019, an excess number of illegal immigrants could be felt in Rosenheim, Bavaria. The article presented photos for greater credibility. However, this report, virally disseminated on Facebook, turned out to be disinformation, whereas the photos were old and irrelevant. The issue of immigrants was not forgotten during the pandemic either. In March 2020, a voice message of a man was virally disseminated. It warned people about accepting 20,000 immigrants in Munich and claimed that curfew had been imposed precisely to hide this. Official sources denied this information. Emphasizing the number of immigrants, legal or illegal, aimed to incite fear of losing local identity to the immigrants and the latter assimilating in the society.

Accent on showcasing immigrants as criminals

Showcasing immigrants as violent and criminal is another common anti-immigrant, xenophobic narrative. For example, in 2020, a Facebook page „შენ ხარ საქართველო“ (You are Georgia) published a post about “the women who fell victims to immigrants”. Through the attached photos, the page claimed that English women fall victims to immigrant violence. Fact-checking revealed that the women shown on the photos had no connection with immigrant violence – most of them were victims of domestic violence. Dissemination of such fake news and showcasing immigrants as violent, naturally, strengthens the xenophobic stereotypes that associate immigrants with crime and violence.

If women were the “victims of immigrants” in 2020, it was a goat in 2018. Namely, a web-portal Georgia and the World, based on a Russian information agency «ФАН» (Federal News Agency), published fake news about an immigrant raping a goat. In fact, the information, virally disseminated by tabloids, could not be verified in any trustworthy source. The source of Georgia and the World – «ФАН» – is a project by the Internet Research Agency, a “troll factory” located in Saint-Petersburg, Russia.

Another unverified information that aimed to strengthen the stereotype of “violent immigrants” has been disseminated by the Georgian March. It claimed that three Arabs raped a Georgian girl. This information was disseminated virally, however, the Ministry of Internal Affairs stated that there had been no report of such incident in the Police. Media outlets and news portals such as Alia, Resonance, Geodaigest.ge, Notification.ge, geonewest.com, saintereso.tk, and Geoambebi.ge shared this news based on a single source, without any verification.

Showcasing immigrants as criminals is one of the main narratives in Germany too and aims to incite xenophobia. Breitbart News is a clear example of this. It disseminated information about a young man celebrating the New Year and using firecrackers in a manipulative way. The edition labelled it as “an attack of 1,000 young immigrants on Police and burning of the oldest church in Germany”.

Violence issue has been salient both in Georgia and Germany. Namely, in 2017, a photo manipulation was disseminated in Germany concerning a sexual assault case that took place in Cologne in 2015. The photo, disseminated prior to the German Federal Elections, was fake and actually showed events of 2011 Arab Spring, featuring a British model. Therefore, 2011 photos were used as an evidence of a “sexual assault” that took place in 2015. The goal of the targeted manipulative narratives was not just to incite xenophobia, but to mobilize voters too – the photo manipulation was shared by supporters of a German party Alternative für Deutschland (AfD) with a hashtag #gewaehlen (vote). 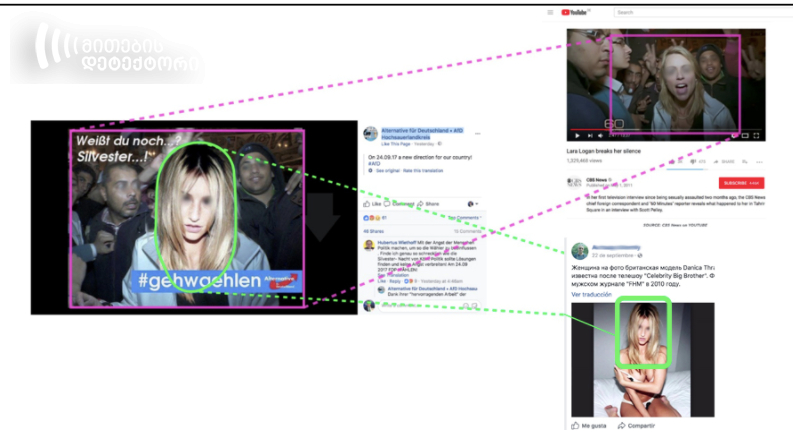 Accent on imposing a foreign identity

Another commonality between the Georgian and German platforms is an alleged language-based imposition of a foreign identity which aims to incite xenophobia based on nationalist sentiments. In Georgia, disinformation was disseminated by the presidential candidate of the Free Georgia party, Kakha Kukava, in 2018, and claimed that beginners’ Arabic had been licensed by the Ministry of Education of Georgia. The politician’s statement was false and aimed at inciting xenophobic attitudes.

In Germany, a statement by a politician Volker Beck, is often disseminated without context – “Those who do not understand immigrants, should learn their language”. In fact, in his interview, the politician was talking about Islam, religious freedom, cultural diversity, and fundamental rights. When journalist mentioned the Turkish-speaking population in Berlin, Volker Beck stated that provided that people interact democratically, the language of the interaction does not matter to him. He cited English as an example and stated that nobody complains when people talk in English on the streets. The politician commented the fake quote on Facebook and stated that those who would like to live in Germany should learn and speak German. The disinformation related to learning a foreign language aimed to incite the narrative on imposing identity – something that would, in turn, incite anti-immigrant sentiments in the German public.

To conclude, it can be said that despite the different historical and geopolitical context, numerous similarities can be found in the messages disseminated in various countries in different periods. The pieces of disinformation discussed in the article disseminated the common narrative and aimed to promote xenophobic, anti-immigrant sentiments in Georgian and German publics.