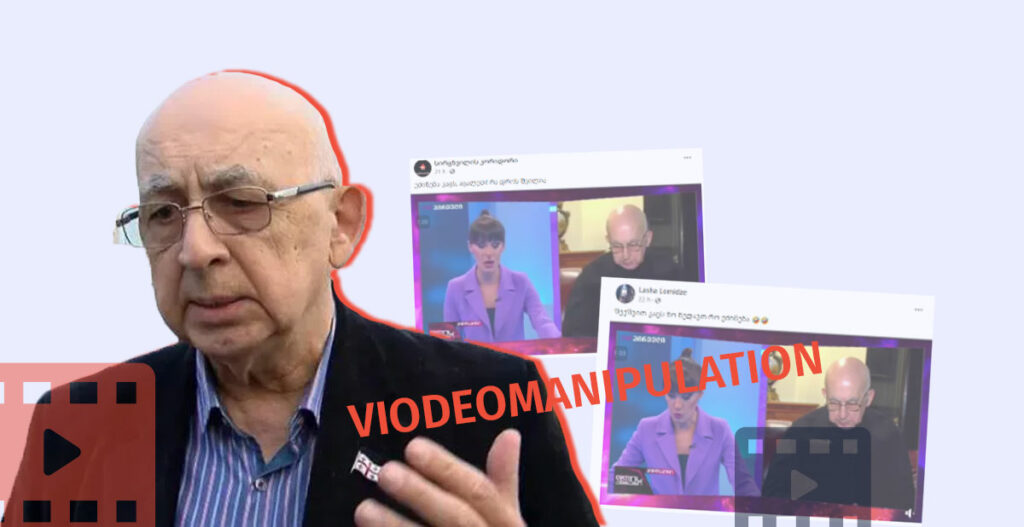 On November 21st, 2022, a video of Nikoloz Saakashvili, the father of the third president of Georgia, Mikheil Saakashvili, was published on social media (1,2). The video is a fragment of Saakashvili’s visit to the “Daily News” program of TV Pirveli. The video shows that the respondent’s father listens to the question of the host Maia Mamulashvili and features the sound of snoring, creating the impression that Nikoloz Saakashvili fell asleep during the live broadcast. The Facebook page “Corridor of Shame” published the video with the following description: “The man is sleeping; let him be! Who has time for the child.”

The disseminated video is altered using computer software. In fact, the snoring sound cannot be heard in the original recording and is added manually to the shot. The full recording of the program also shows that Saakashvili answered the host’s question shortly.

On November 20th, 2022, Nikoloz Saakashvili appeared as a guest on the “Daily News” program of TV Pirveli. Saakashvili spoke about the health condition of his son, Mikheil Saakashvili, and the rally held in support of him at the Government Administration building on November 20th. 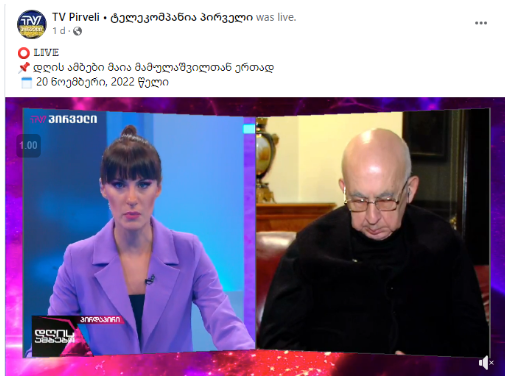 Before the start of the conversation, in the footage of the live broadcast, at 8:21, it can be seen that Saakashvili is adjusting his headset and wristwatch. 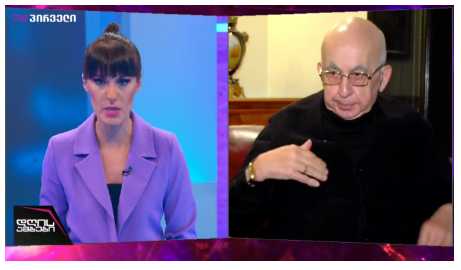 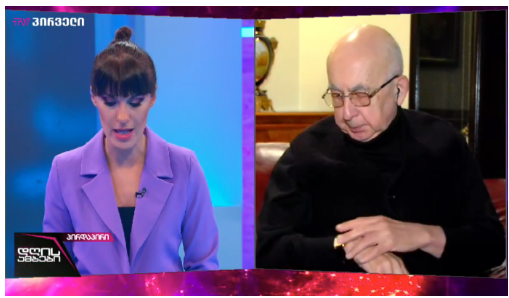 Maia Mamulashvili asked Nikoloz Saakashvili the first question about the rally held at the Government Administration building on November 20th. While asking the question, Saakashvili was listening to the host with his head bent, and at 8:55, he started to answer. It should be noted that Saakashvili was not asleep during Mamulashvili’s speech, and the snoring sounds used in the distributed videos are not heard in the full recording of the program. 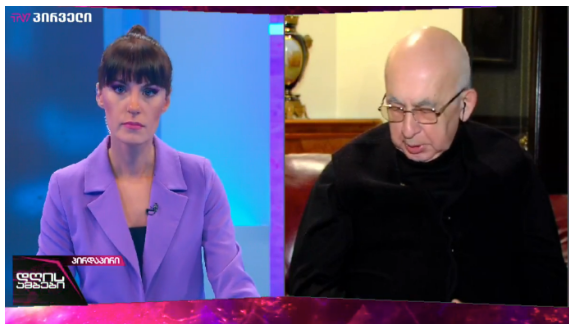 It should also be noted that during the live broadcast, the host’s voice reaches the respondent with a slight delay; Saakashvili’s natural pause was probably caused by this fact. The disseminated shots cut from the program stop right during this pause, which creates the impression that Saakashvili was indeed asleep and could not answer the question.

The voice delay can also be confirmed by the fact that Nikoloz Saakashvili started his address with an expression of respect to TV Pirveli and answered the question only later. He heard Mamulashvili’s thank you with a delay, which is why he stopped talking about the demonstration for a moment.

Notably, this is not the first time that misinformation about Mikheil Saakashvili’s family members has been disseminated on social media. For more information, see “Myth Detector” articles: