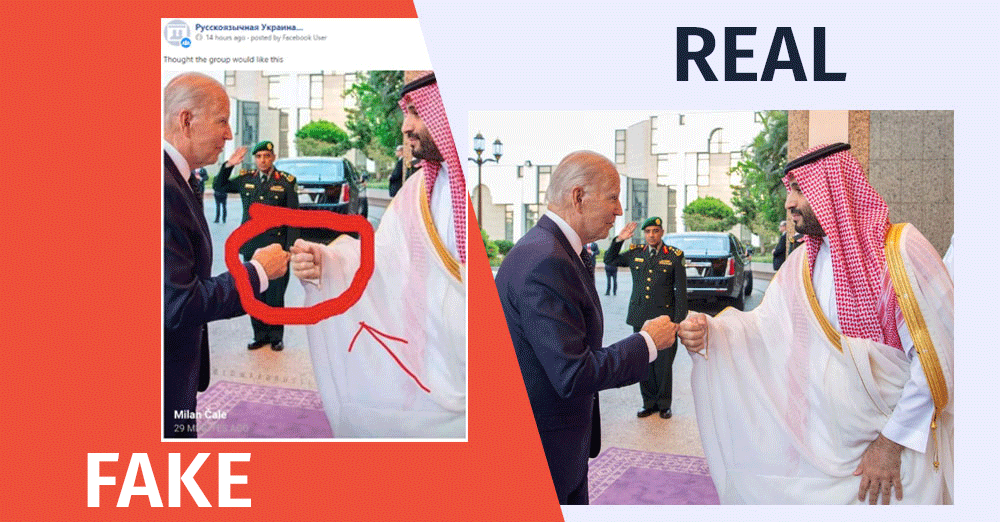 On July 19th, Facebook user Milan Mijailovic published a photo of the US president – Joe Biden and the crown prince of Saudi Arabia – Mohammed bin Salman in the Russian-language group Русскоязычная Украина “Восток”. In the photo, the Prince of Saudi Arabia responds to Biden’s greeting with an obscene gesture. 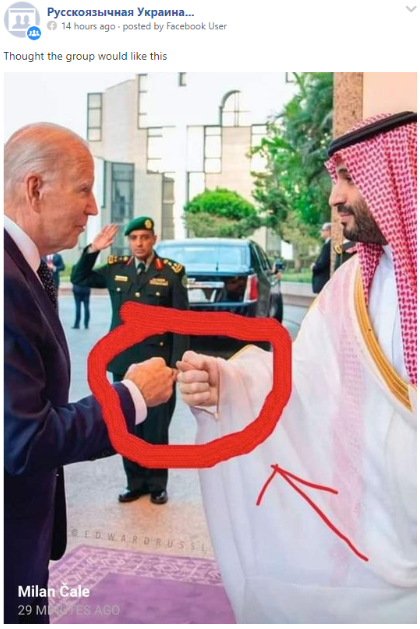 The disseminated photo is altered manually using a software. The original photo was taken by the Reuters news agency during Biden’s visit to Saudi Arabia, and it clearly shows Prince Mohammad responding to the American president’s greeting with a fist bump.

Photo and video materials of the meeting were distributed by various media outlets. The original version of the photo, which was distributed on the social network in a software-edited form, belongs to the news agency – Reuters. The photo shows clearly that the Prince of Saudi Arabia responds to the greeting of the American President with a fist bump. 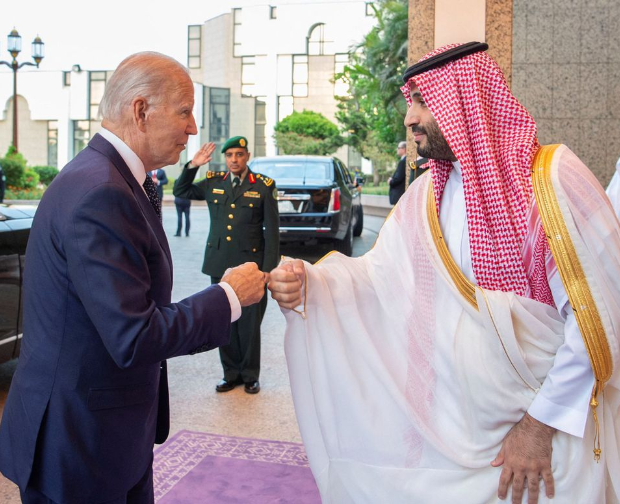 Source: reuters.comThis is Joe Biden’s first official visit to the Middle East as US President.