Alt-Info Claims that North Korea, Iran and Belarus Have Lower Crime Rates than the West 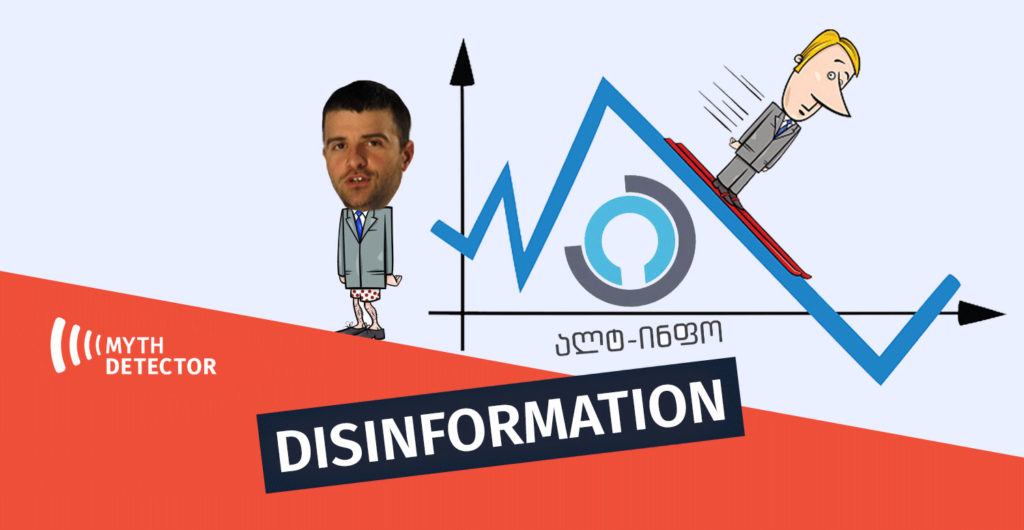 On November 23rd, 2021, Giorgi Kardava, the host of Alt-Info’s program “Alt-Analytics,” stated that the more liberal the state becomes, the higher its crime rate. According to the host, most criminals reside in Western countries. Kardava spoke about Sweden, asserting that it leads the world rankings for the number of rape cases. In addition, in non-democracies such as Saudi Arabia, Iran and Belarus, crime rate is relatively low, while in North Korea, there is no crime.

Giorgi Kardava, Host at Alt-Info: “Do you know which countries have the lowest crime rates?” North Korea, Saudi Arabia, Iran, Belarus.  And do you know which ones have the highest rates? America, the West, Europe, Sweden, [Sweden] is a mecca of rape in general.”

In order to support his argument, Kardava used the example of the United States, noting that liberal reforms implemented in the country in the 1960s, particularly the ban on racial segregation, led to a significant increase in homicide rates in American cities such as Chicago. Kardava notes that far more people are being murdered in the United States today than in the 1960s.

The list does not include a single European country. As of 2021, the United States ranks 56th globally in terms of crime. Belarus and Iran, mentioned by Kardava, take the 24th and 48th positions. Notably, the crime rate in Saudi Arabia is relatively better since the country ranks 122nd overall.

However, it should be noted that non-democratic countries characterized with less transparency often seek to reduce crime statistics to improve their international image artificially. For instance, many experts believe that the murder rate in Russia is much higher than officially recorded by the state authorities. Among various reasons, the experts allege that the Russian government records crime in a way to reduce the number of murders as much as possible. For example, unlike in the U.S., if a person does not instantly die from a wound received during an attack in Russia, such a case would not add to the homicide statistics. In addition, the simultaneous killing of several people is statistically recorded as a single homicide. In 2011, the Research Institute of the Academy of the Prosecutor General’s Office, headed by Professor Sergei Inshakov, analyzed the statistics available from 2001-2009 and concluded that the police recorded approximately 2.5 times fewer murders than the actual number.

Turkmenistan and North Korea, mentioned by Kardava, are closed countries; hence no official public statistics are available. However, it is noteworthy that many people that fled from North Korea note that killings are frequent in the country. There were cases of cannibalism in the 1990s when North Korea underwent a famine. People killed each other to sell their meat afterwards.

The rate of this rape-related crime in Sweden is indeed high; nonetheless, Sweden uses a relatively broad definition of rape, and people report the incident more often to law enforcement agencies than in many other countries. The low rate of reporting sexual violence in other countries is due to different legal cultures and traditions.

As of 2021, Botswana takes the lead by the number of rapes per 100,000 people. Almost all of the top 10 countries per rape rates are non-democracies. The only exceptions are Australia, which is in second place, and Sweden, mentioned by Kardava, being in sixth place. However, there are several important factors to consider when analyzing rape statistics.

First and foremost, analyzing the actual rape-related data is rather challenging. Many cases of rape-related violence go unreported since many victims do not report the incident to law enforcement due to fear of expulsion from the public, adverse family reactions, and lack of proper punitive legislation. Not to mention, different states interpret and record rape differently.

Studies show that a relatively higher rate of rape in Sweden can be attributed to these same factors. The country uses a rather broad definition of rape. Since 2018, the Swedish legislation has considered sexual intercourse without consent as rape, even when there has been no intimidation, coercion or violence. Noteworthy, after adopting this legislative change, the number of rape convictions in Sweden has increased by 75%.

In addition, reporting the crime to relevant authorities is more frequent in Sweden than in other countries. In 2013-17, there were an average of 64 rapes per 100,000 people in Sweden each year. However, when researchers applied the German definition of rape to evaluate the Swedish statistics, the rate dropped by 326.7% and amounted to only 15 rapes per 100,000 people.

It is important to emphasize that many illiberal states do not even publish statistics on rape. Such countries often point out that sexual violence is quite rare. For instance, the North Korean government told the U.N. committee in 2017 that chaired the Convention on the Elimination of All Forms of Discrimination against Women that only five people were convicted of rape in 2008, seven in 2011 and five again in 2015. In general, the situation in the country is dire. A large proportion of women fleeing North Korea report that the rape by police officers, party members, soldiers, and escorts was systematic. The women further stressed that these instances are perceived as completely natural in North Korea. The situation is especially difficult in penitentiary institutions. A survey showed that 37.7% of 1125 North Koreans living in South Korea stated that prison rape was common in the country.

declined considerably from the 1990s and, in 2010, virtually returned to baseline.

Experts believe that the combination of various different factors can explain the change in crime rates. Pulitzer Prize-winning professor of criminology Eliot Currie, for example, believes that the sharp rise in crime rates in the 1960s was primarily due to urbanization and lack of economic opportunities in the country. In his view, the migration of agricultural workers to the city, and the lack of job opportunities, had a significant impact on the increase of crime rate. And in the 1990s, the emergence of new job opportunities for young men led to a reduction in crime rates.