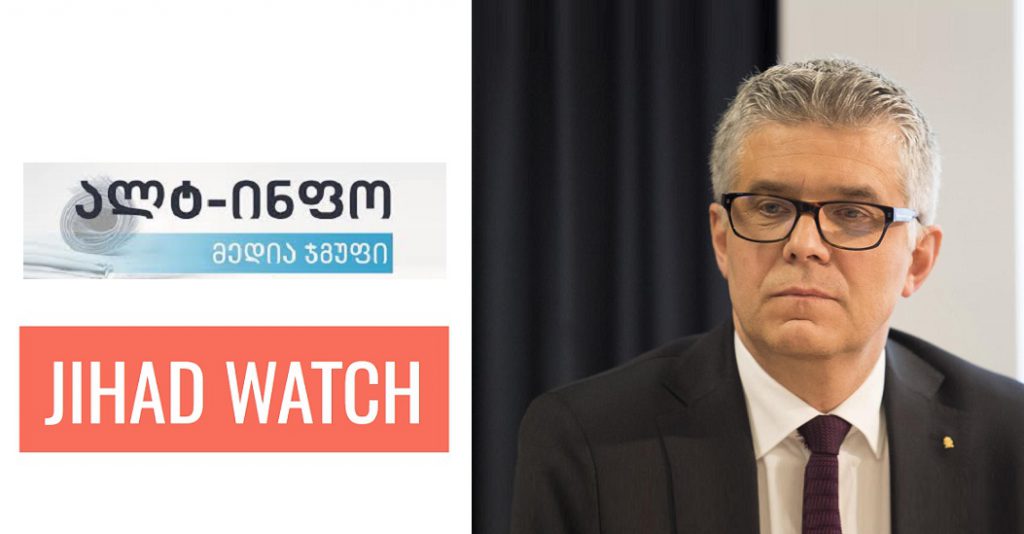 Alt-Info refers to Jihad Watch, an Islamophobic blog, as its  source. The  article released by Jihad Watch on February 18 with the title (Swedish Security Service: Number of jihadis has gone from hundreds to thousands in just a few years) almost similar to that of Alt-Info reads that the main reason behind the growth of number of people in so-called extremist environments is the immigration policies that the Swedish government is pursuing indefatigably, even at the expense of the safety and security of Swedish citizens and these policies will not be scrapped because that would be “Islamophobic.” Jihad Watch refers to Sweden’s Security Policy Yearbook 2017, in which the Head of the Security Service speaks about the threats and challenges facing the country. The titles provided by Alt-Info and Jihad Watch are manipulative and misleading. Anders Thornberg does not say that the number of “jihadi Islamists” has gone from hundreds to thousands. He speaks about the growing number of individuals belonging to violent extremist circles, focusing on violence-promoting Islamists and violent activities in extreme right-wing environment. It should be noted that a term “jihadi Islamist” is not used either in Anders Thornberg’s comments, or in the Security Service’s  press release.

Sweden’s Security Policy  Yearbook 2017 involves the comments by Anders Thornberg, the head of Sweden’s Security Service, where he notes that the extremist environments in Sweden are growing, and their growth is a reason for concern. He also claims that the main threat is posed by violence-promoting Islamist extremists and focuses on growing threat of extreme right-wing extremism linked to serious violent crimes. These particular views are completely neglected in the articles released by Alt-Info and Jihad Watch, which only focus on radical Islamists.

This is not the first case when Alt-Info tries to disseminate misleading  reports about a threat of extremism in Sweden. On January 7, 2018, Alt-Info released an article, quoting Anders Thornberg as saying in the interview with BBC that the country was facing an increased threat of extremism. The Georgian online edition removed this fragment of the interview from the context and said nothing about Russia’s fake news threat, which was the main topic of British BBC’s news article.