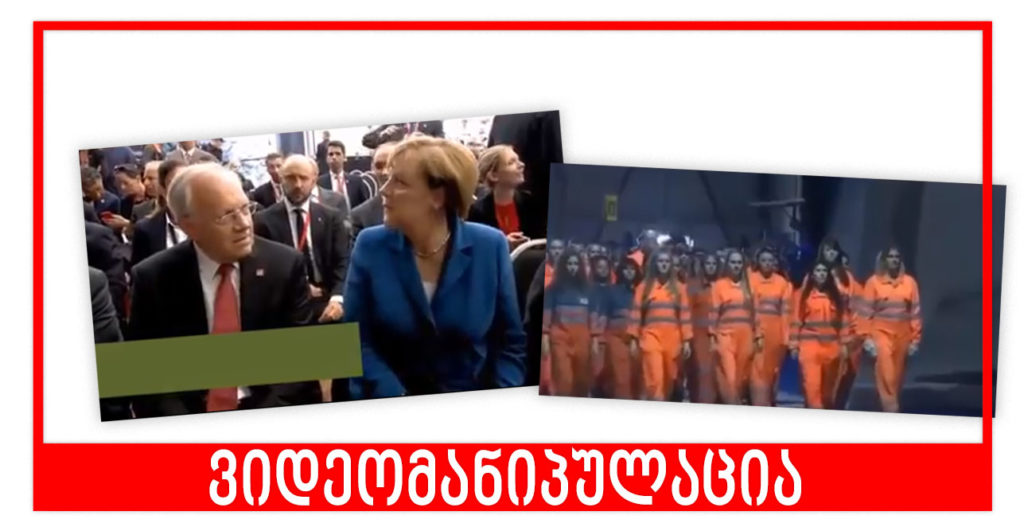 A Facebook user Giorgi Giorgi shared a video in the group “ახალი მსოფლიო წესრიგი და კორონა აფიორა!” (New world order and corona fraud) on January 1, 2021. According to the caption of the video, a satanic ritual was carried out in Switzerland in 2016 while opening a railway tunnel – an event attended by various European heads of state. The video shows the opening ceremony of the tunnel and comes with Russian subtitles. According to the subtitles, the event included satanic symbols, including actors wearing “demonic” costumes and dancers, wearing workers’ uniform, imitating “zombies”. The footage also comes with biblical quotes about the apocalypse. 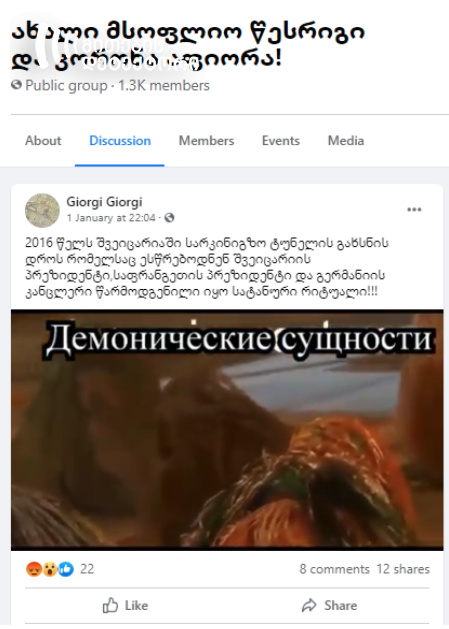 Giorgi Giorgi’s claim, that the opening of the tunnel depicts a satanic ritual, is not true. The disseminated video is manipulative. In the first half of 2016, the opening ceremony of the Gotthard Tunnel indeed featured a costumed performance which was attended by several European heads of state. However, the spectacle was a modern choreographic performance based on elements of Swiss culture, not a satanic ritual.

Gotthard Tunnel was opened in Switzerland on June 1, 2016 after a 17-year-long construction. It is the deepest and longest railway tunnel going through Alps. The performance that took place during the opening ceremony, labelled in the Facebook post as a satanic ritual, was actually a spectacle with up to 600 actors, musicians, and dancers, combining various topics, symbols, and cultural elements. For instance, the people wearing yellow uniforms symbolized thousands of workers that participated in the construction works, not “zombies subordinated by Satan”. 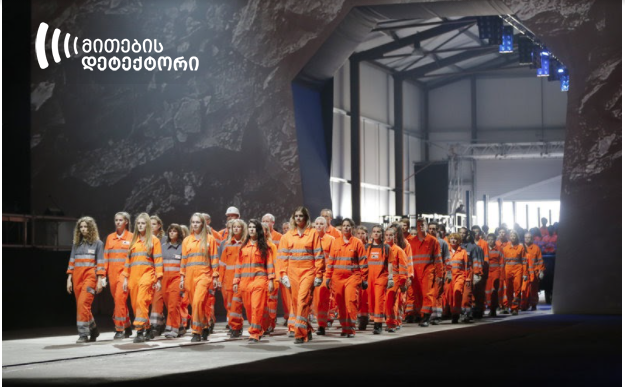 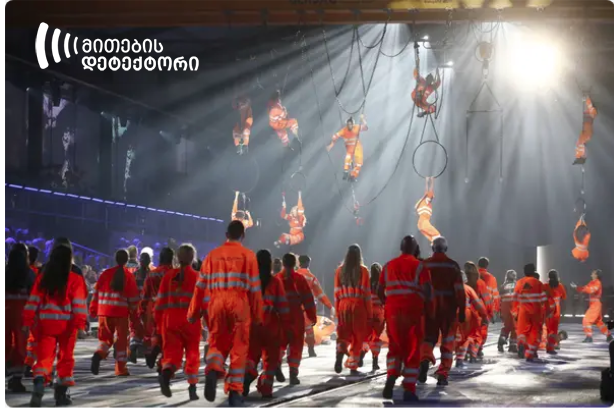 The main concept of the spectacle, staged by a German director Volker Hesse, was the “mythos of Gotthard”. The costumed performance was based on the traditional Alpine celebrations. Therefore, the people wearing the costume of what seemed to be a tur were not depicting Baphomet, the goat-like creature associated with satanic rituals. They were actually imitating an endemic Alpine tur and dancing with actors wearing a haystack costume. 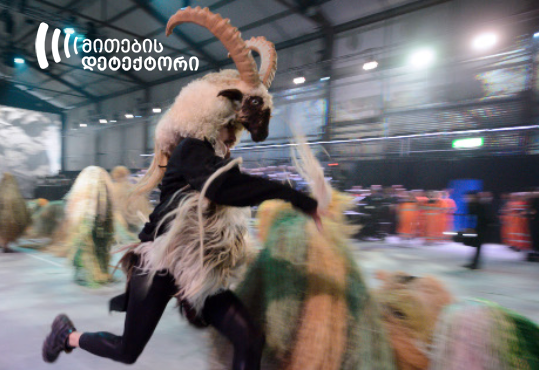 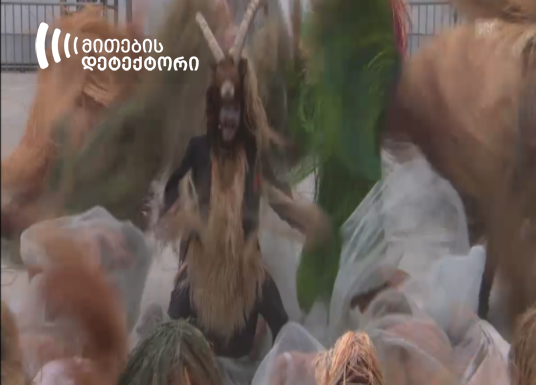 Costumed performances have been held in the Alpine settlements since the Middle Ages. During these performances, people imitate animals, plants, and mythical characters. Locals in Alps used to organize such performances for the New Year or fertility celebrations and the characters participating in these performances intended to imitate not just positive characters, but “dark sides” of people as well.

It is noteworthy that the usage of modern elements in by the director of the performance devoted to the opening of the Gotthard Tunnel sparked different reactions in the media and social network sites. According to some on social media, the performance did not duly represent the Swiss culture, whereas BBC and Daily Mail labelled the performance “weird”.

The video included in the post by Giorgi Giorgi was initially published on June 12, 2016 on a YouTube channel of a Russian user Ученик Яхшуа ха Машиаха Олег Демиров. The conspiracy theory that the Gotthard Tunnel was somehow connected to satanism has been disseminated on Russian and English webpages. An analogous fake news about the opening ceremony of the Gotthard Tunnel can be found in the article by a pro-Russian edition Georgia and the World from November 10, 2020, which was based on a Russian film director Nikita Mikhakov’s program called “Besogon”. According to the article by Georgia and the World, the opening ceremony of the Gotthard Tunnel was a staging depicting the coming of antichrist to the Earth – allegedly confirming that satanism is widely disseminated in the West.