On June 14, Facebook page Political Memes posted a video titled “Liberalism is Mental Castration of Men,” in which the author, video blogger Alpha Dominant slams liberal ideology. He claims that the idea of equality upheld by liberalism goes against a man’s psycho-physiological nature, distinguished by sharp, aggressive competitiveness and the idea of social victory. The liberal system tries “to curtail the mannish nature”, tame them and “give a head start” to women in order to ensure comfortable environment for the women and “gender-sexual minorities.” Alpha Dominant claims that the boys in some western schools are allowed to wear skirts and to confirm his words he provides an image of schoolboys wearing skirts. The video was seen by about 55 000 users and shared by 1.4 thousand (as of June 19, 2018).

Actually, the image used in Alpha Dominant’s video shows a protest rally held by schoolchildren of one of the British schools. In June 2017, dozens of teenage boys at Isca academy turned up in skirts borrowed from girlfriends or sisters to stage uniform protest after school insisted they wore trousers despite heatwave.

In June 2017, as temperatures reached 32C in Exeter city of Devon, pupils at Isca academy asked their teachers if they could swap their long trousers for shorts. They were told no as shorts were not permitted under the school’s uniform policy. One mother with a son aged 14 said that he wanted to wear shorts, but the head teacher sarcastically told him that he could wear a skirt if he liked.

On June 21-22, about 60 pupils arrived for lessons wearing skirts borrowed from girlfriends and sisters. They expressed protest against the school’s uniform policy, which, according to them, was unfair, as the girls were allowed bare leg and the boys had to wear long trousers and blazers. Following pupils’ protest, the head teacher said that the last few days had been exceptionally hot and “we are doing our utmost to enable both students and staff to remain as comfortable as possible.” She, however, added that “I would be happy to consider a change [to the school’s uniform policy] for the future.”

The protest ended soon as the temperature dropped in Exeter to a more manageable 20C.

Alpha Dominant is a video blogger, who posts sexist and discriminatory videos. Alpha Dominant’s Facebook page has 19 345 subscribers (as of June 19, 2018) and according to the information posted on it, it manages closed Facebook groups “Antiliberalebi” and Alpha Dominant group. 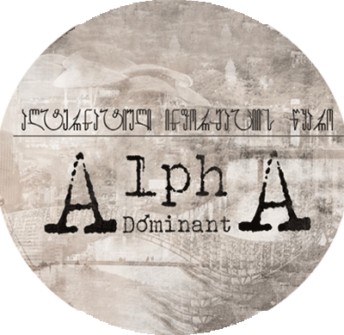