Alliance of Patriots Slams EU-Armenia Agreement as Betrayal by EU 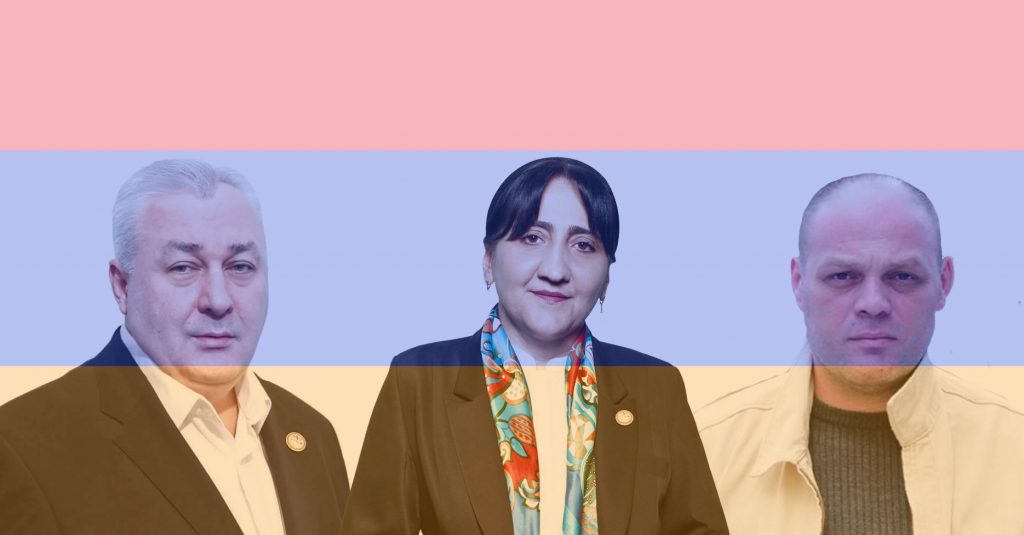 Irma Inashvili and Davit Tarkhan-Mouravi, leaders of the Alliance of Patriots party, as well as Bakur Svanadze of online edition Georgia and the World, claimed that Armenia, which simultaneously is a member of the Eurasian Union, enjoys all benefits provided by the Association Agreement with the European Union. Speaking with Obieqtivi TV on December 20, Irma Inashvili linked the process of European integration to the loss of territories and impoverishment of the population. Later, on December 27, Davit Tarkhan-Mouravi slammed this process as a betrayal on the part of the European Union.

Irma Inashvili: “How does our neighbor, Armenia, manage to be a member of the Eurasian Union and simultaneously become an Associate Member of the European Union? Quite soon, Armenia will be granted visa liberalisation and it will incur zero losses for it… We are volunteers in everything to the detriment of our country; we would have done everything through damaging our interests and would have joined the European Union through the loss of our territories, impoverishment of the population and nervous disorder; that is how we have joined the European Union, while Armenia managed to achieve this without any losses.”

Davit Tarkhan-Mouravi: “What did it [Georgia] struggle for? Why did we pass through so many wars, economic changes, tragedies, so many people died in order to pave the way for us to join the European Union and enable others, who had not passed through all these, to get there! In my opinion, it is yet another betrayal on the part of the European Union.”

Linking the EU Association Agreement by the leaders of the Alliance of Patriots with the loss of Georgian territories and impoverishment of the population is a manipulation; levelling the EU-Armenia Comprehensive and Enhanced Partnership Agreement (CEPA) signed in 2017 with the Association Agreement is misleading, because due to its membership to the Eurasian Union, Armenia, unlike Georgia and other countries, fails to enjoy free trade regime with the EU.

1. The EU-Armenia Comprehensive and Enhanced Partnership Agreement (CEPA) does not involve the issues of free trade with the European Union.

Since joining the Eurasian Union in 2015, all major elements of Armenia’s foreign trade policy are regulated by the Eurasian Union. Hence, the country is bound by the Eurasian Union’s common trade tariffs. Just therefore, the new EU-Armenia Comprehensive and Enhanced Partnership Agreement (CEPA) signed on November 24, 2017 does not envisage any free trade benefits for Armenia. It means that Armenian products cannot have tariff-free access to the largest European market.

CEPA has replaced the EU-Armenia Partnership and Cooperation Agreement launched in 1999. CEPA covers a number of issues, among them human rights, democratization, education, cleaner environment, etc. 2. Joining the Eurasian Union resulted in economic decline for Armenia.