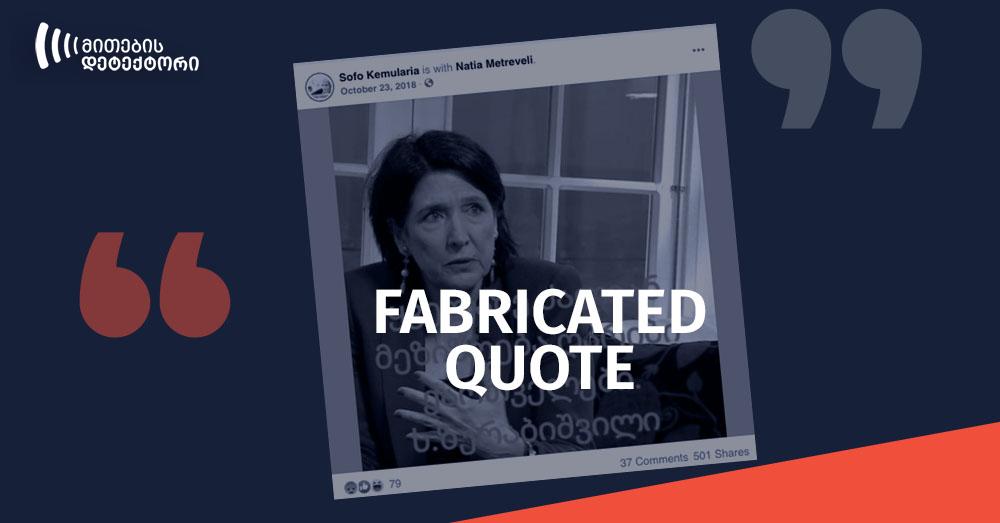 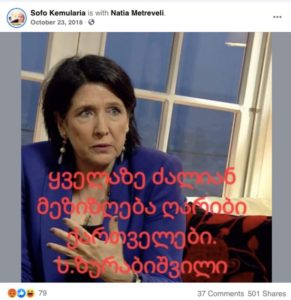 The disseminated post is disinformation due to the fact that a similar quote from the Georgian president cannot be found through open sources. Post doesn’t indicate the source, date, or other details that would verify the existence of such sentence. The post is disseminated by trolls and pro-national movement accounts.

Facebook user Sofo Kemularia has indicated on her account that she worked for the opposition party United National Movement. 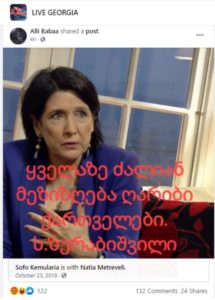 Facebook account Alli Babaa indicated Nigeria as the place of residence, albeit the account frequently shares information related to current events in Georgia. Moreover, the profile shares the posts from Mikheil Saakashvili’s Facebook page as well. 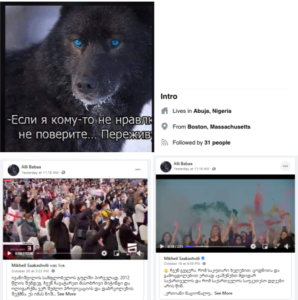