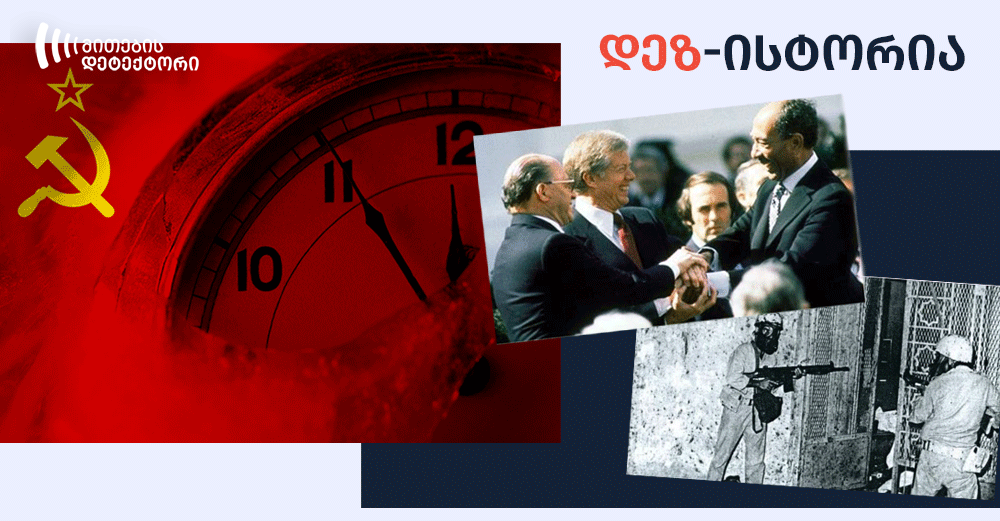 Throughout its history, the Soviet Union often resorted to the so-called “active measures” (активные мероприятия) to reach various domestic or foreign policy goals and to exert due influence on important events and issues. There were different types of active measures that included methods such as:

The Soviet Union began the use of such active measures already in 1920s, however, this practice was also used during the Russian Empire years. In 1950s, this practice was institutionalized. When it comes to, for instance, disinformation issues – a special agency was created for that purpose in the Soviet Intelligence. It worked precisely on the issues of propaganda and the dissemination of fake information. In 1960s, the Disinformation Department was renamed to the Department of Active Measures, as its functions exceeded mere dissemination of fake information.

Through the use of the active measures, the Soviet Union mainly carried out campaigns aiming at discrediting the international authority and image of the United States and other opponents.

There were six main directions of active measures, as mentioned above. Each of them included its own tactic and methods.

Congress of the pro-Soviet Women’s International Democratic Federation in 1951.

Although the active measures were only institutionalized in 1950-1960s, it does not mean that they were not practiced until then.

The Soviet Union began using active measures against the emigrants from the USSR to the Western Europe (especially to France) in 1920s. The USSR was trying to bring them back through different tricks and methods. The anti-Soviet campaign, carried out by the emigrants abroad, was unacceptable for the Soviet Union, so it tried to stop them.

Thomas Rid, a political scientist best known for his work on the history and risks of information technology in conflict, writes in his book Active Measures: The Secret History of Disinformation and Political Warfare that it is possible to trace the roots of political espionage back to the Bolshevik revolution of the 1920s through declassified CIA records, documents from Moscow’s intelligence archives and interviews with both serving and retired spies. 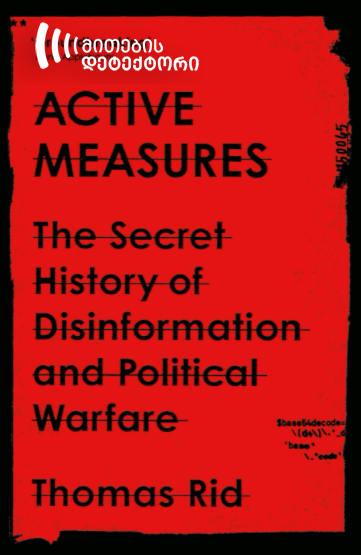 The Soviet Union also attempted to disrupt the peace agreements between various countries and facilitated the creation of new conflict areas. The Camp David Accords that established peace between Israel and Egypt is one of the examples. Interestingly, the United States was one of the main actors in this process, therefore the Soviet Union was trying to deteriorate the Egypt–United States relations and disrupt the Camp David Accords in order to stir up the conflict again. 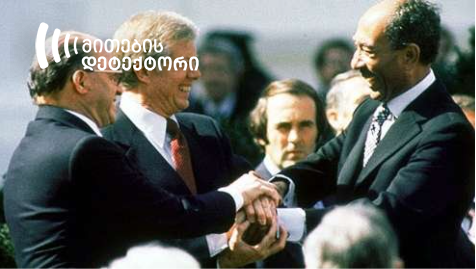 The USSR forged many documents in this period to achieve its goal. The United States Department of State published a special report on the active measures in 1981, mentioning these documents. The report reads:

“A series of forged letters and U.S. Government documents, which criticized Sadat‘s lack of leadership and called for a change of government in Egypt. These forgeries surfaced in various locations during 1977.”

The United States Department of State’s Report on the Soviet Active Measures.

In November 1979, after a prayer, 200 insurgents, led by Juhayman al-Otaybi, seized the Grand Mosque in Mecca with 50,000 people inside. Al-Otaybi announced via microphone that Mahdi (Muslim messianic figure) had arrived and he was Muhammad al-Qahtani, their leader. The insurgents took several hostages and killed members of the Saudi Arabian National Guard. The Government of Saudi Arabia managed to regain control of the Mosque and punished all insurgents with death.

During that period, the Soviet Union actively disseminated the rumor that the above-mentioned incident was provoked by the United States of America. Soviet diplomats also took part in these disinformation efforts and were strengthening anti-American attitudes in various Muslim countries. Through such rumors, the Soviet diplomats were trying to gain more trust from other countries. The rumor also had consequences – the Embassy of the United States in Pakistan came under attack, the employees of the embassy were kidnapped, and several people died. 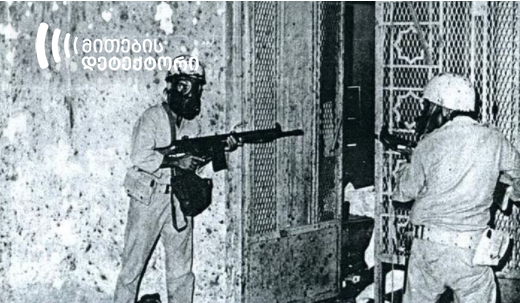 See the examples of the forged documents: 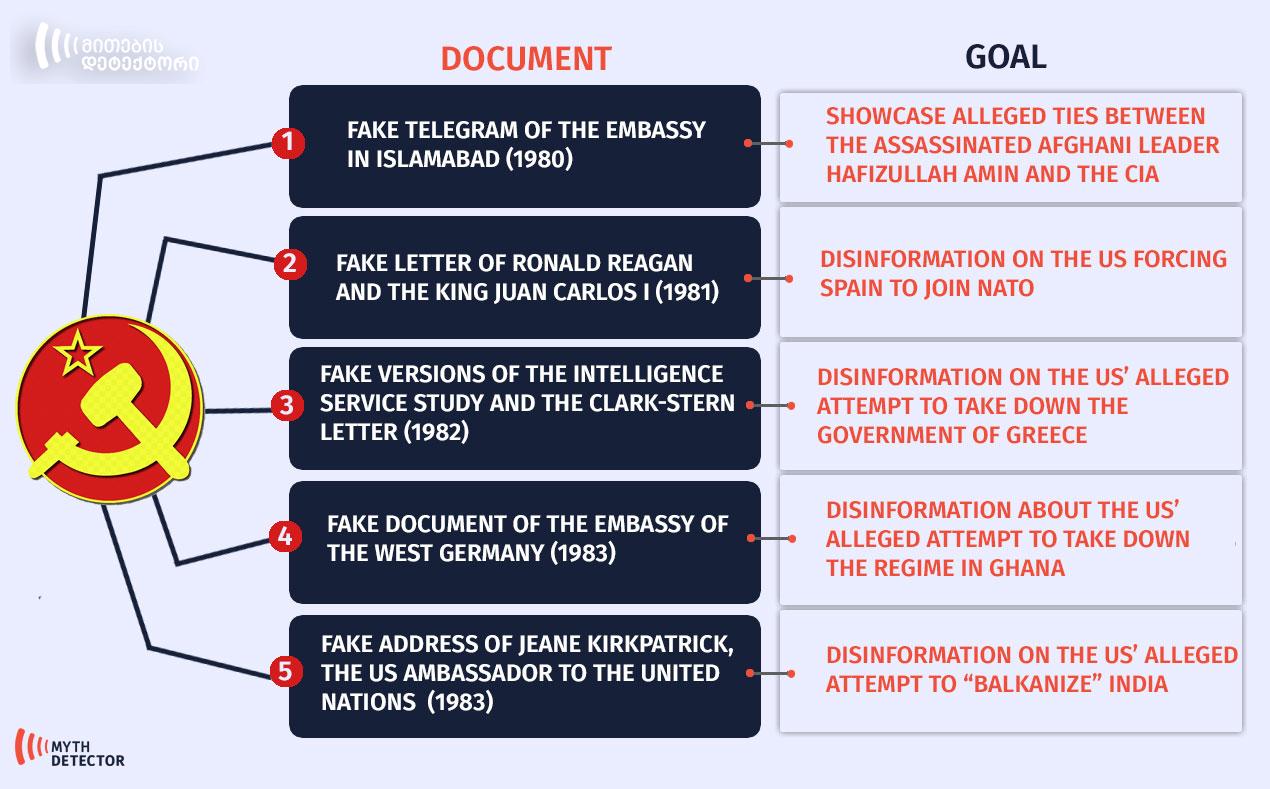 Although the Soviet Union does not exist anymore, Russia – its successor – improved the methods and is still actively using them until today. The active measures weakened to a certain extent during the Gorbachev rule, but during Vladimir Putin’s presidency it once again became a strong tool in Russia’s hands on the international arena.