Against Vaccination or Neo-fascism? – Photomanipulation Disseminated on Social Media 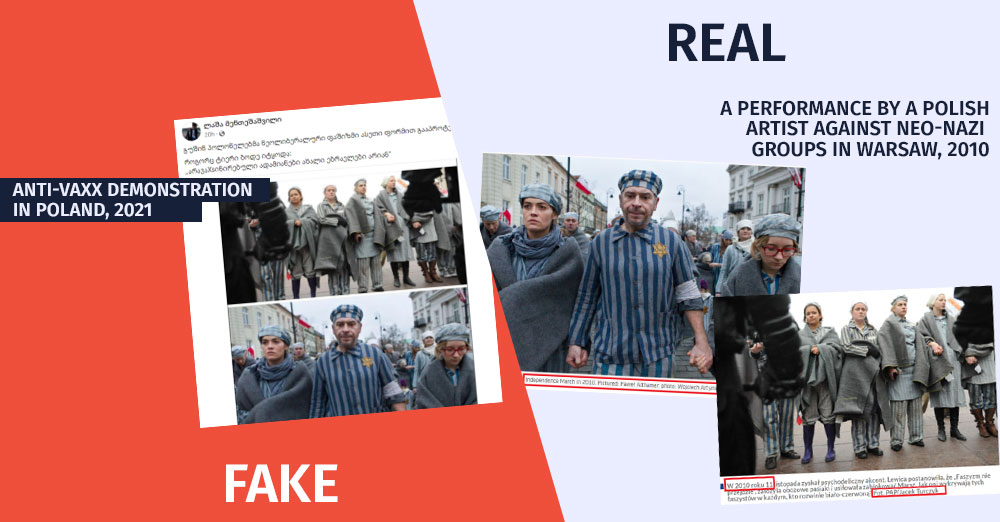 On December 19th, 2021, Facebook user Lasha Menteshashvili published photos of people dressed like prisoners of Nazi concentration camps. According to the description, the photos depict the protest against the “neoliberal fascism” organized by the opponents of vaccination in Poland on December 18th, 2021. The post quotes Thierry Bode, one of the Dutch right-wing populist party leaders: “Unvaccinated people are the new Jews.” 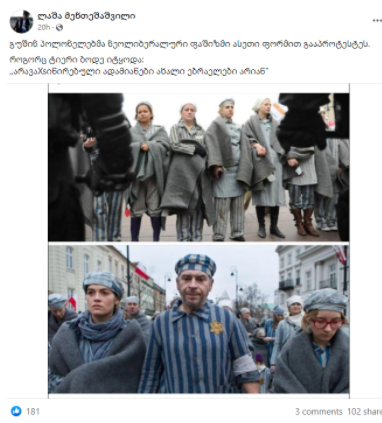 Pictures of people dressed as prisoners of concentration camps are circulated on social media manipulatively. In fact, instead of the anti-vaccination campaign in 2021, the photos show the “Ghost March”- the November 11th, 2010 performance by a Polish artist against neo-Nazi groups in Warsaw.

The photos of the “Ghost March”, which Lasha Menteshashvili links with the anti-vaxx protest, were, in fact, taken on November 11th, 2010. One of the photos was taken by the Polish PAP.pl photographer Jacek Turczyk, and the other photo belongs to the Polish cultural platform Wojciech Artyniew / Forum. 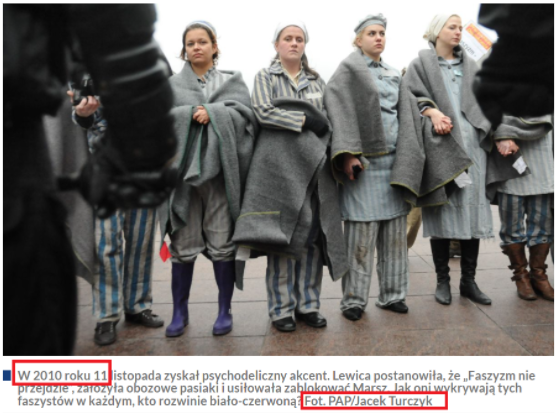 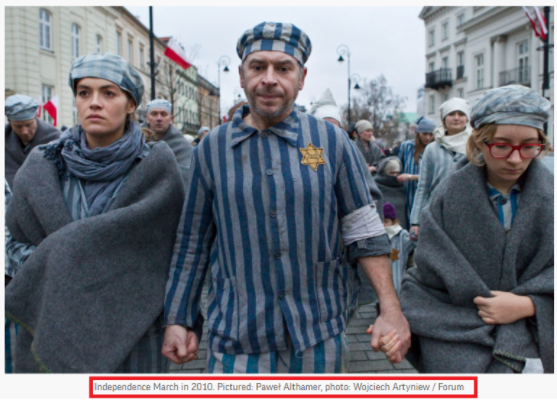 The March of Ghosts was organized by the Polish artists Paweł Althamer and Rafal Zurek on November 11th, 2010, the day of Poland’s liberation from the Soviet Union and national independence. As a rule, November 11th in Poland is celebrated with a solemn march of thousands of people, in which both neo-Nazi, conservative and religious groups, as well as leftist and anti-fascist movements participate, which is often the cause of controversy. In 2010, artists wore uniforms worn by the prisoners of the Auschwitz concentration camp and marched through several central streets in Warsaw to prevent neo-Nazi groups from holding the announced rallies.

As explained by Rafal Zurek, one of the authors of The Ghost March, the purpose of the performance was to “summon the ghosts of the past” to meet the neo-Nazis. Other photos from the 2010 performance, taken by Paweł Althamer himself, are available on a number of websites. 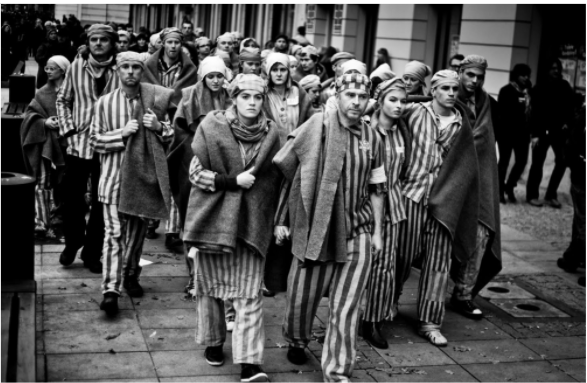 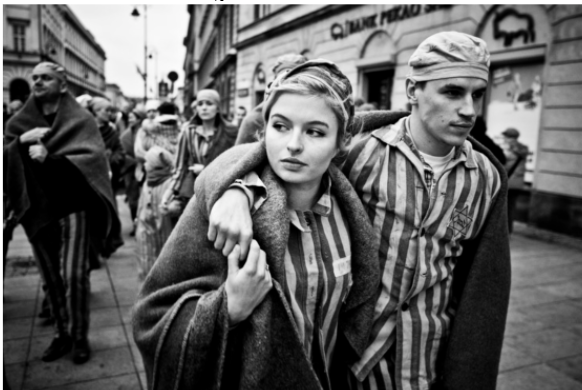 In December 2021, protests against vaccination and pandemic-related restrictions were indeed held in Poland. Notably, during the December 15th anti-vaccination rally demanding the abolition of the “sanitary passport,” several representatives of the far-right confederation appeared in front of the Polish Sejm with a banner with the famous slogan from the “Auschwitz’s death camp “Work sets you free” being replaced with the following words: “Vaccination sets one free. ”

Such use of Auschwitz’s slogan was followed by protests from members of the Polish Sejm. Polish Prime Minister Mateusz Morawiecki stressed that the use of Auschwitz’s slogan for anti-vaccine rhetoric was a reckless move and would insult the memory of the death camp victims. Later, both the Confederate Party and the rally organizers removed the banner and said that their banner appeared spontaneously and they did not agree with it. 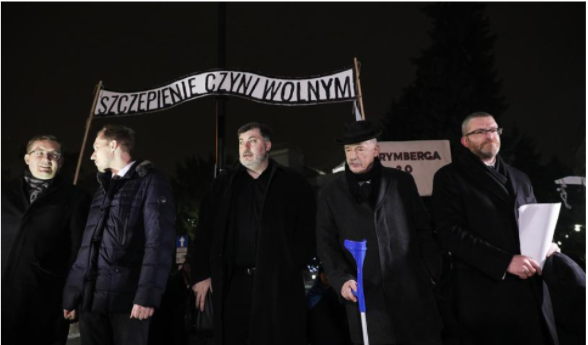 Members of the party “Confederation Party” against the background of the banner “Vaccination sets one free.” Photo Andrzej Hulimka / Forum