Actually where are Stalin Monuments Placed Ascribed by “Stalin” to Germany and the United States? 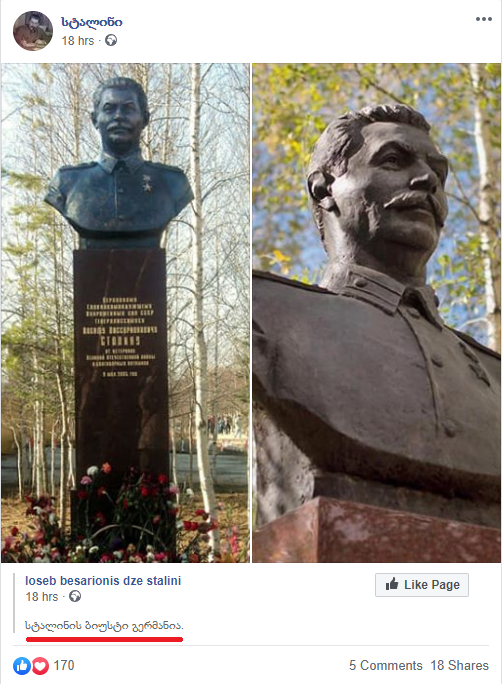 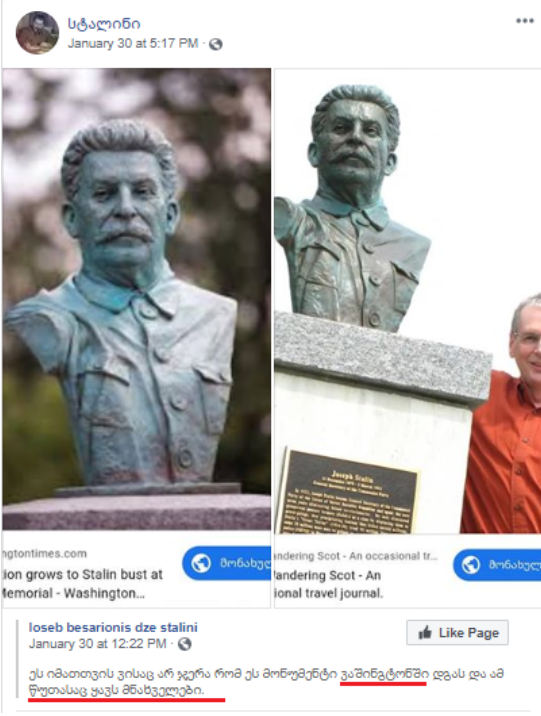 In fact, Stalin’s bust shared by Facebook pages “Stalin” and “Ioseb besarionis dze stalini” is located not in Germany, but in the Russian town of Mirny. As far as the second monument is concerned, it was erected in Virginia, a U.S. state, in 2010 and removed in several months.

The results of searching the image on several websites, including World History Commons, through Google Image Search engine, have shown that Stalin’s monument is placed not in Germany, but in the Russian town of Mirny, Yakutia. The monument was erected in Mirny in May 2005. 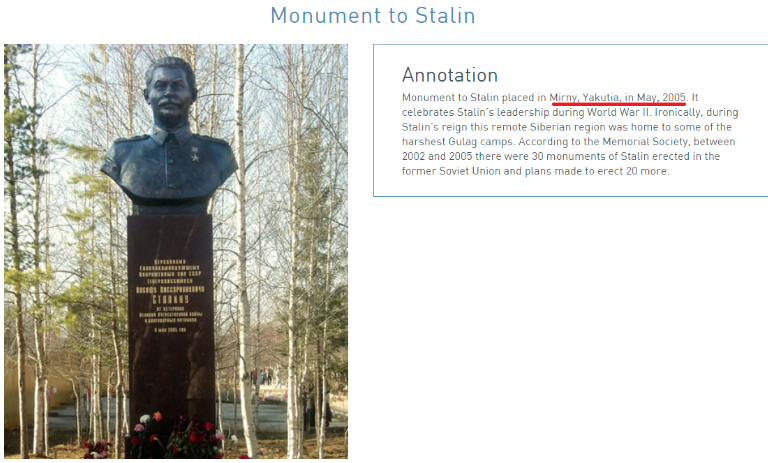 One more bust honoring Stalin was actually placed in the small town of Bedford, Virginia, and not in Washington as claimed by Facebook pages “Stalin” and “Ioseb besarionis dze stalini.” The National D-Day Memorial Foundation unveiled the bust of the Soviet Union’s wartime leader in June 2010 to accompany existing busts of U.S. Presidents Franklin D. Roosevelt and Harry S. Truman as well as British Prime Minister Winston Churchill. The National D-Day Memorial honored the 66th anniversary of the invasion of Normandy.

Local citizens and organizations expressed their outrage over the installation of Stalin’s bust. In September 2010, the National D-Day Memorial Foundation Board decided to relocate the controversial bust.

It is also worth noting that “Ioseb besarionis dze stalini” posts screenshots depicting Stalin’s bust from the articles of Washingtontimes and The Wandering Scot, which clearly indicated that the bust was placed in Virginia. 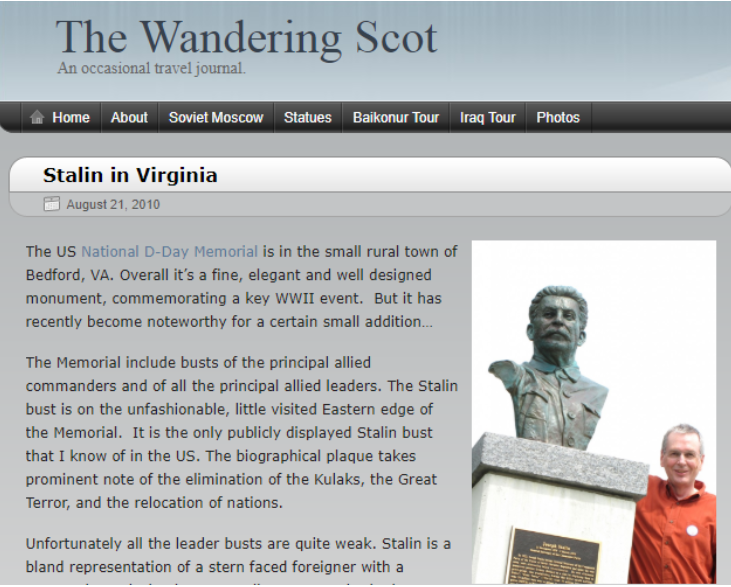 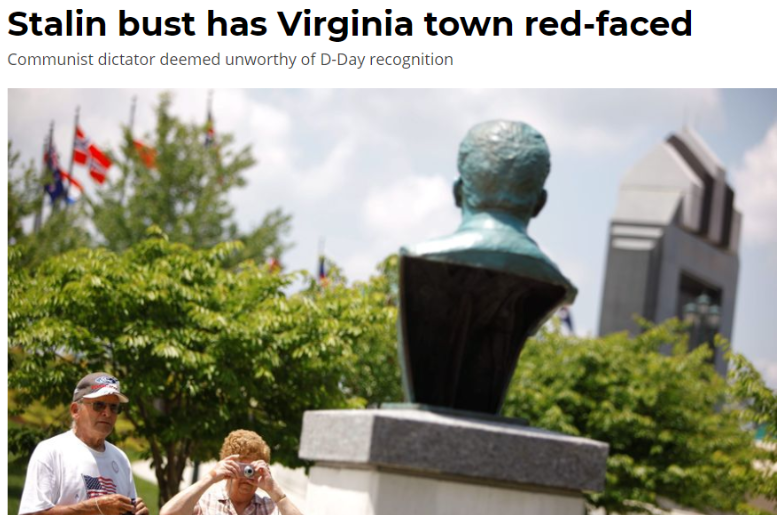