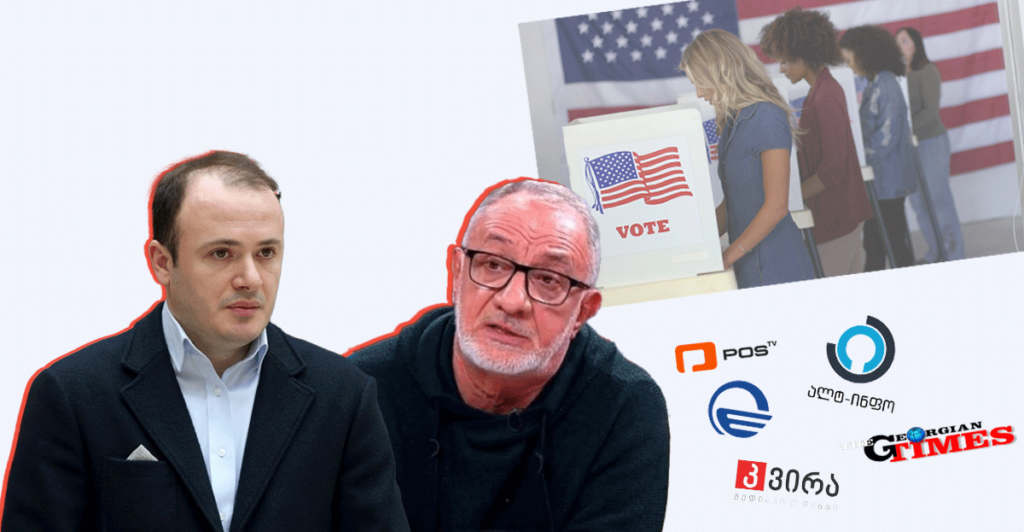 On November 10th, 2022, Georgian language Facebook users (1, 2) reported that two Democratic Party candidates aged 87 and 94 that have emerged victorious in the midterm elections both died on November 10th. One of the posts includes a photo from Rustavi 2 post with the following caption: In Pennsylvania, US, deceased candidate received 85% of the votes.” 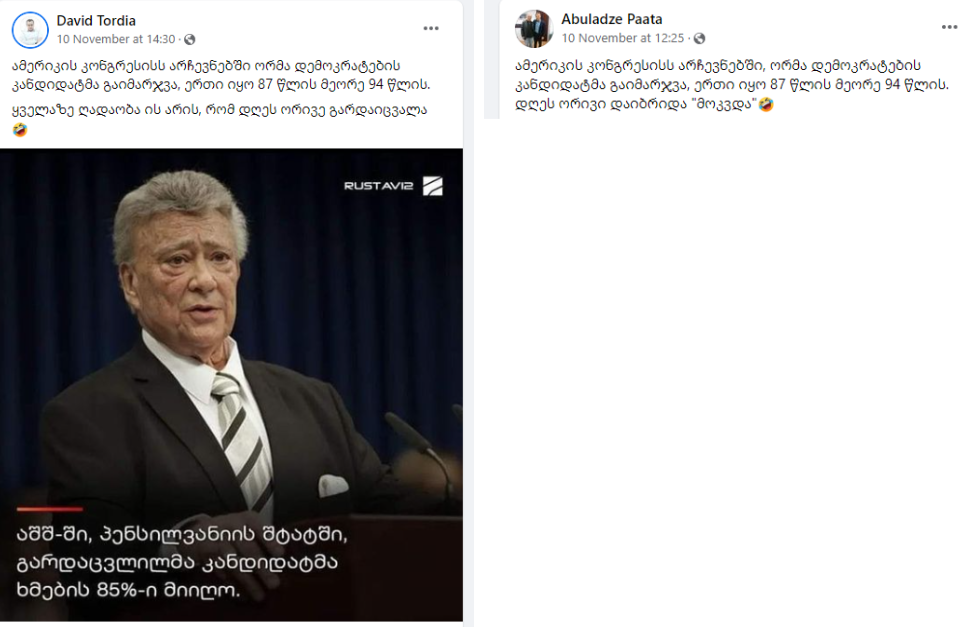 On November 14th, Georgian MP Irakli Zarqua spoke touched upon the topic on Imedi Live, noting that if the election of a deceased candidate is, in fact, true, it is disturbing, and the US would need to implement the recommendations of the OSCE/ODIHR in a timely manner. Several media outlets also circulated movie director Goga Khaindrava’s Twitter post (1,2,3,4), in which he ironically calls the election of the deceased candidate “the result of democratic reforms” and links it to the 12-point recommendations of the European Union.

On November 10th,  in pro-Kremlin TV Alt-Info’s program “Alternative View,” politician Gigla Baramidze spoke about the midterm elections, stressing that among other violations, the election of dead candidates was also revealed.

The claim that the two candidates that emerged victorious in the midterm elections died on November 10th is false, while disseminating the fact without context by various actors aims at undermining the credibility of the US elections. Anthony DeLuca, a Democratic Party candidate for the Pennsylvania House of Representatives, died on October 9th, and the same party’s candidate for the Tennessee House of Representatives died on October 25th. Considering the legislation of these two states, it was impossible to replace their candidacies, while re-elections in these states are planned.

Disseminated information that two democratic candidates in the US midterm elections died on the same day after winning is false. Anthony (Tony) DeLuca and Barbara Lee Cooper from the Democratic Party died prior to the elections.

Anthony DeLuca represented the Democratic Party in the 32nd district of the state of Pennsylvania and fought against the candidate of the Green Party to get into the Pennsylvania House of Representatives. DeLuca died of lymphoma on October 9th at the age of 85.

As stipulated by Pennsylvania State Law, a candidate cannot be changed once the ballots have been printed. In this case, the mentioned process started on September 28th; therefore, the Democratic Party could no longer replace DeLuca, who died on October 9th.

DeLuca received 85% of the votes in the election and defeated Green Party candidate Queonia Livingston. In accordance with state law, the candidate for the position will be appointed as a result of a re-election, the date of which is not yet known.

The information was also confirmed by the representative of the Democratic Party in Pennsylvania. 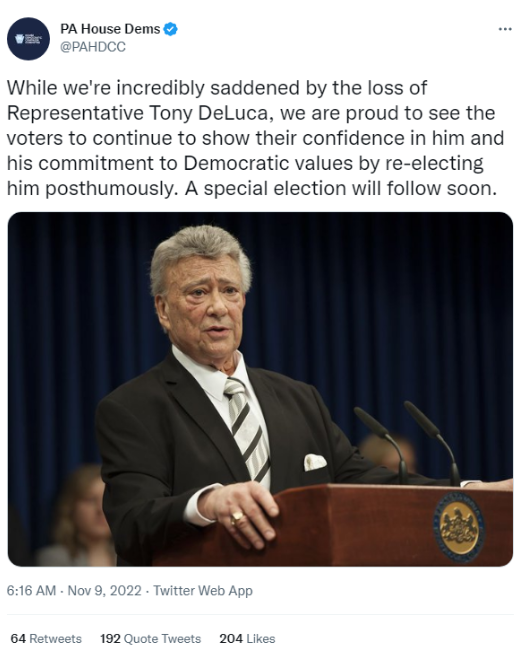 Barbara Lee Cooper is another candidate from the Democratic Party who died before the elections. Cooper represented the party in the 86th district of the state of Tennessee and fought to get into the state house of representatives.

Cooper died on October 25th at the age of 93, and in this case, the deadline for nominating a new candidate had already passed. The majority of voters supported Cooper’s candidacy, and she managed to defeat independent candidate Michael Porter. In this case, under Tennessee law, re-election will be held at a later date.

This is not the first time that a deceased candidate has won the US midterm elections. In 2018, Republican Representative Dennis Hof, who died a month before the elections, won the race for a seat in the Nevada State Senate. However, in this case, a special election was not called because the Nevada state election law allows the replacement of a deceased candidate for office by another representative of the same party.