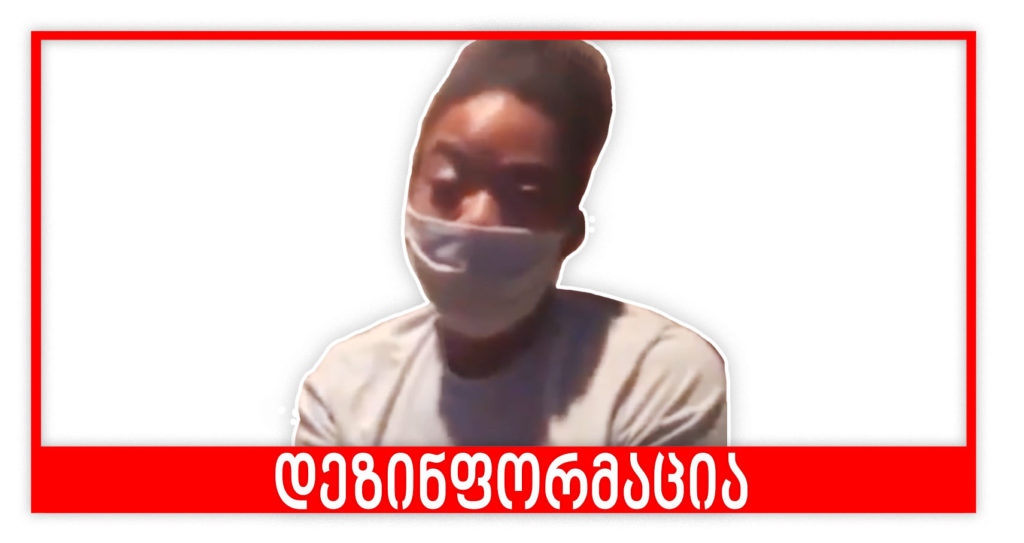 On 28 December, a Facebook user, Shore Shanidze, posted that yet another American nurse got a facial weakness after receiving the COVID-19 vaccine. The Facebook user has asserted that cases of such reaction to the vaccine are many, but public is not informed about them. A video accompanying the post shows a woman introducing herself as Khalilah Mitchell, a registered nurse in Nashville, Tennessee. She says that on the third day after taking the vaccine she had problems with the left side of her face and developed Bell’s palsy. Mitchell urges society not to take the vaccine. 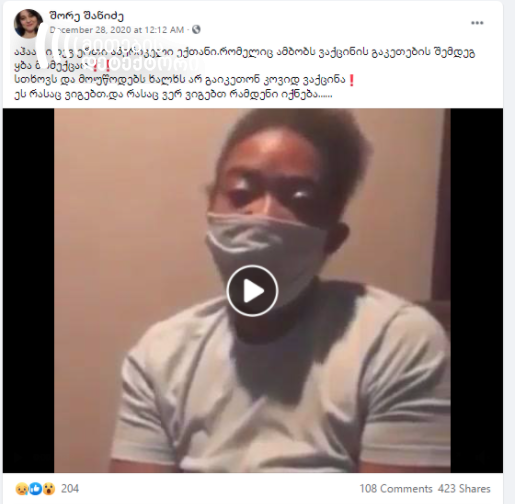 The video of Khalilah Mitchell, shared by Shore Shanidze, is misinformative because no nurse by that name is registered in the database of the Tennessee Department of Health. Nor is such person found on the list of people vaccinated in the State of Tennessee.

Real identity of a person featured in the video is difficult to establish because the video does not provide information on where Mitchell received the vaccination, what vaccine she took or which hospital she works for. However, after the video went viral, the director of the Office of Communication and Media Relations at the Tennessee Department of Health, Shelley Walker, said:

“We have no record of anyone by that name in our health professional licensure system.”

According to US fact-checking website Lead Stories, a nurse by that name cannot be found not only in Tennessee, but in official databases of 49 other states.

Furthermore, only one person named Khalila Mitchell was found on Facebook who lived in Nashville. According to the Facebook profile, Khalila Mitchell works at a bakery and a Ralph Lauren store, not a medical establishment. Associated Press tried to contract her via social media but she did not respond to the news agency’s request to confirm the information. 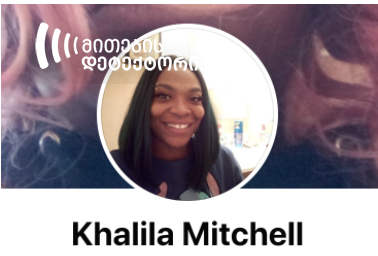 The Khalila Mitchell video was initially uploaded on a YouTube channel, Shirt Boy, on 21 December 2020 (it has been deleted). This channel has other videos too: one of the videos, also featuring Khalila Mitchell, which concerns George Floyd killing and is titled, “George Floyd!! Race War” was posted on 26 June 2020. Another video titled “COVID19 HERE!!HospitalS Needs to be STERILIZED” was posted on 1 January and it shows photos of floor and beds of a hospital. According to Lead Stories, the YouTube channel had the third video, “Before I took the Covid 19 Vaccine,” but it was not accessible any longer on 8 January. 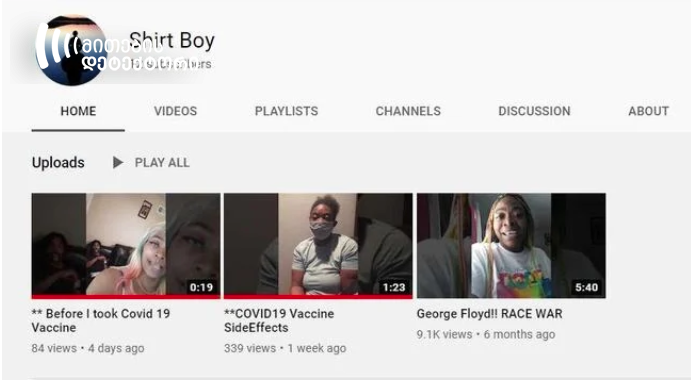 First batch of the Pfizer vaccine was delivered in Nashville on 16 December. Currently, the vaccination in Tennessee is focused on health care workers, including in-patient personnel, first responders, and hospital staff members and residents of long-term care facilities. The vaccine is offered through employers, health departments or hospital administrations. As of 29 December, almost 80,000 people were vaccinated in Tennessee. Khalila Mitchell is not among the persons that have received the vaccine.

Manipulative reports about a causal relationship between Bell’s palsy and COVID-19 vaccine have circulated earlier too and been already fact-checked by Myth Detector. Exact causes of Bell’s Palsy are unknown; it might be a reaction to infectious diseases.

As for the COVID-19 vaccine, a section of the report on adverse reactions of the vaccine reads that during the trials, four people developed Bell’s Palsy on the 3rd, 9th, 37th and 48th days after receiving the vaccine. However, according to the report, there is no definite link between the vaccine and Bell’s palsy and the occurrence of that number of Bell’s palsy cases in a population of similar size is not anything extraordinary during normal times, without taking the vaccine.