A Video Manipulation by Tvalsazrisi.ge: What Is Actually Shown in the Video Allegedly Showing the Origin of Covid-19? 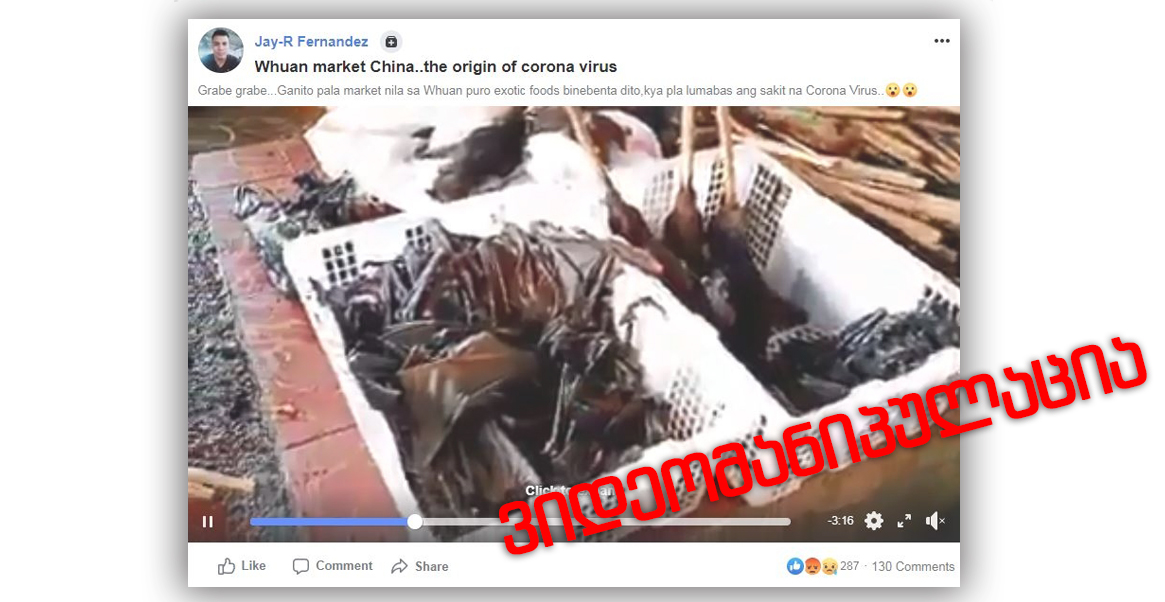 On March 19, tvalsazrisi.ge published news titled “This is How Coronavirus Came to Be (Video)”. The article explains that “horrible footage” has been leaked from Wuhan wet markets. The body of the article comes with an embedded Facebook video that redirects to a video published by the official Facebook page of a Bangladeshi mullah, Nizam Reza Qadri on January 30. The video shows footage from a wet market, captioned by Nizam Reza Qadri as “The most exotic market in the world – Wuhan market (Coronavirus)”. 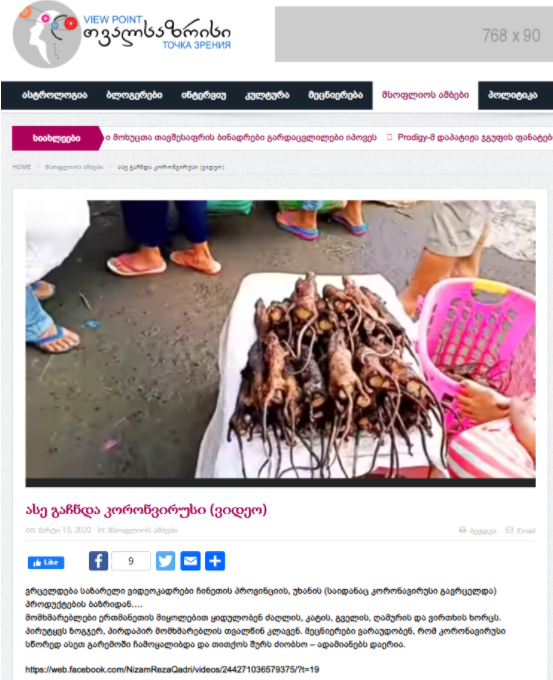 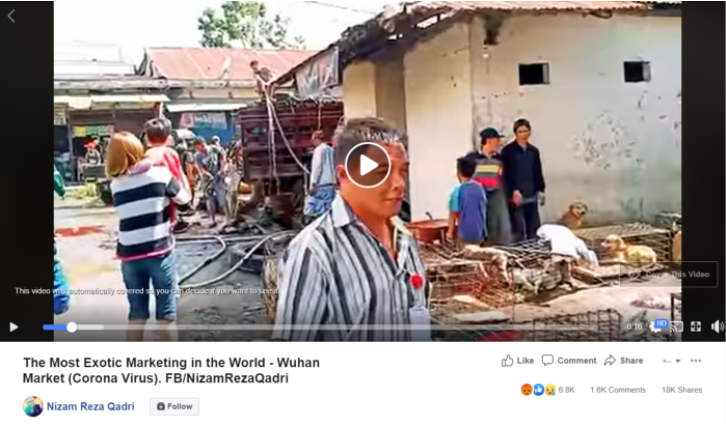 The video has been disseminated virally on various Georgian and foreign social media websites. 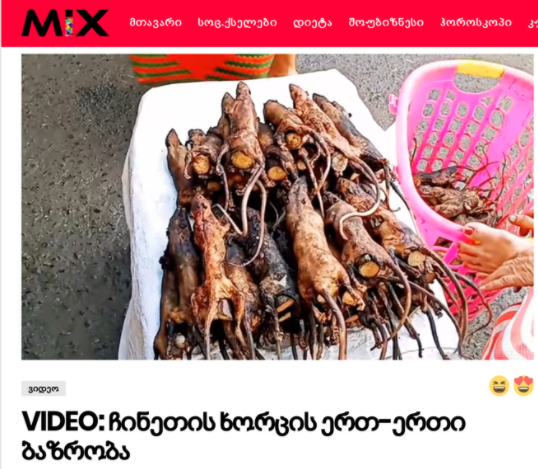 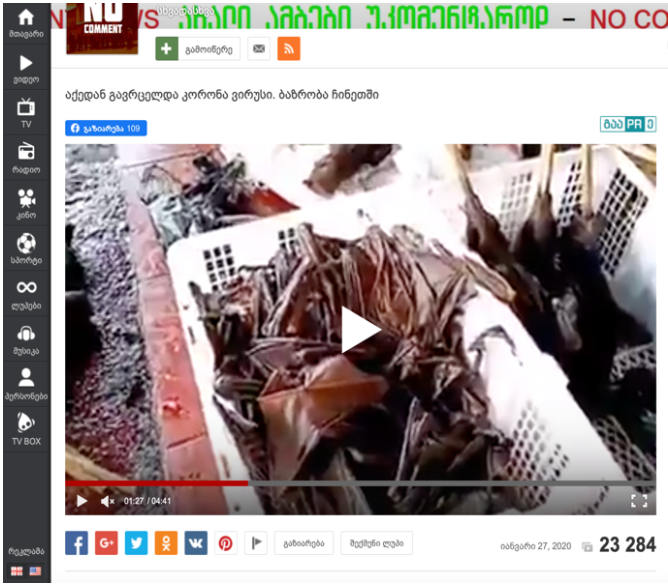 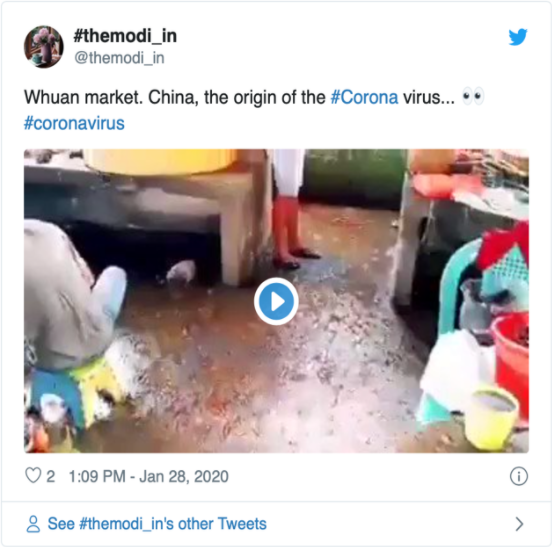 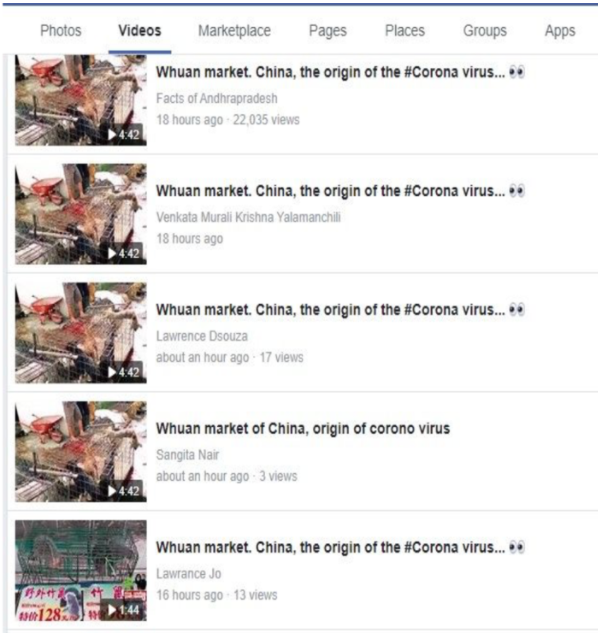 The video disseminated by tvalsazrisi.ge is manipulative, as it actually was uploaded several months before confirming the first case of Covid-19 – on July 20, 2019 and it shows Sulawesi island, Indonesia, not Wuhan.

The video has been checked by AFP Fact Check, who determined that the footage was first uploaded on YouTube on July 20, 2019, several months before the first confirmed cases of coronavirus. The footage shows Sulawesi island, Indonesia, not Wuhan. The caption of the video is in Indonesian and reads “Minahasan Government– Trade Department”. 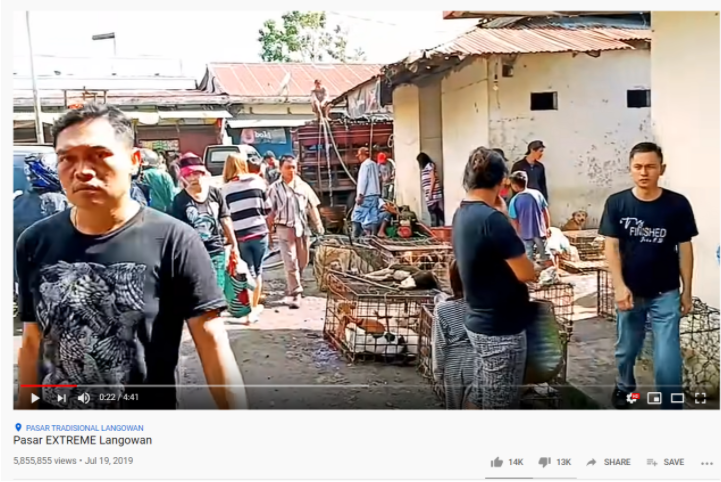