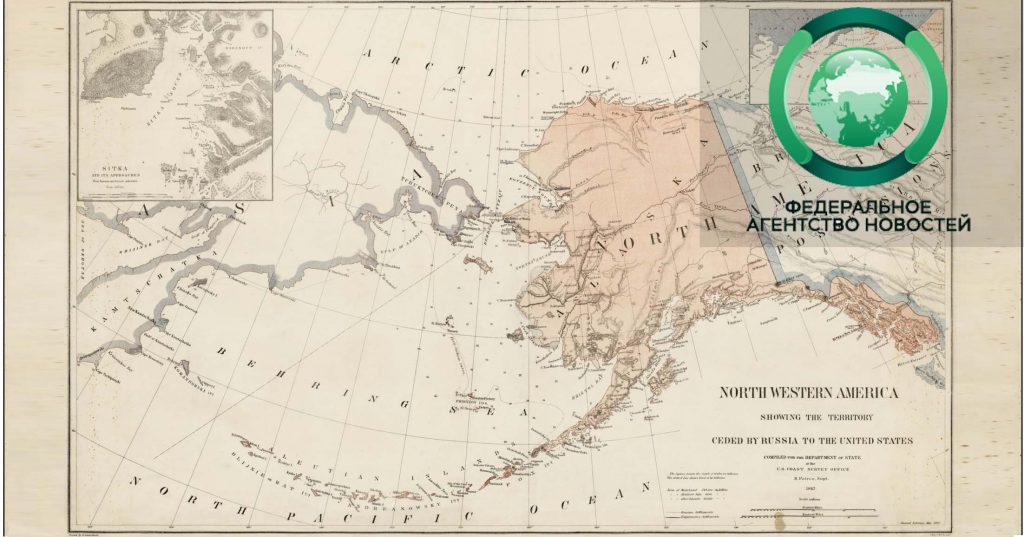 A Russian information agency ФАН, which is one of the projects of the Saint-Petersburg Troll Factory, published a statement by a Russian publicist, Nikolai Starikov, who claims that Russia might cancel the treaty with the United States on transferring Alaska. The statement mentions that this will be a retaliatory step against Washington that plans to abandon the Intermediate-Range Nuclear Forces Treaty (INF), arguing that Russia has been violating the treaty.

According to the Russian publicist, Russia, as the successor of USSR, is ready to return USD 7,200,000 and retrieve Alaska back to its jurisdiction. In Starikov’s opinion, Russia has every legal right to do so.

Nikolai Starikov: “We should talk to the American authorities with the same language they are using with us. Russia will have an audacious response on the accusations by the US President Donald Trump that Russia violates the INF and his subsequent decision to refuse the responsibilities envisaged in the treaty. We should remind the White House that Russia, too, has such opportunity with regards to the treaty about Alaska.” Some in Russia believe that Russia did not sell Alaska, but rather leased it to the United States for a period of 99 years, and the Soviet Union did not retrieve it after the term was over. In fact, Russia offered the United States to buy Alaska itself, in 1859. This way, Russia aimed to weaken its main foe, Britain, as it believed that the sale of Alaska to the United States would have helped the latter balance. Britain. Due to the American Civil War, the sale process was postponed, however, after the war was over, on March 30, 1867, Russia and the United States agreed on the terms of purchase. Russia received USD 7.2 million for Alaska. The USD 7.2 Million Cheque that Russia Received after Selling Alaska. Ratification of the treaty on the Sale of Alaska by the Emperor of Russia, Alexander II.

Nikolai Starikov has become the source of disinformation in Myth Detector’s materials twice. He is one of the leaders of the „ Anti-Maidan “movement, who periodically publishes articles, repeating Kremlin’s narratives and sharing Putin’s ideas.