A Scene from a Video Clip or the Footage of Garcia Lorca’s Execution? 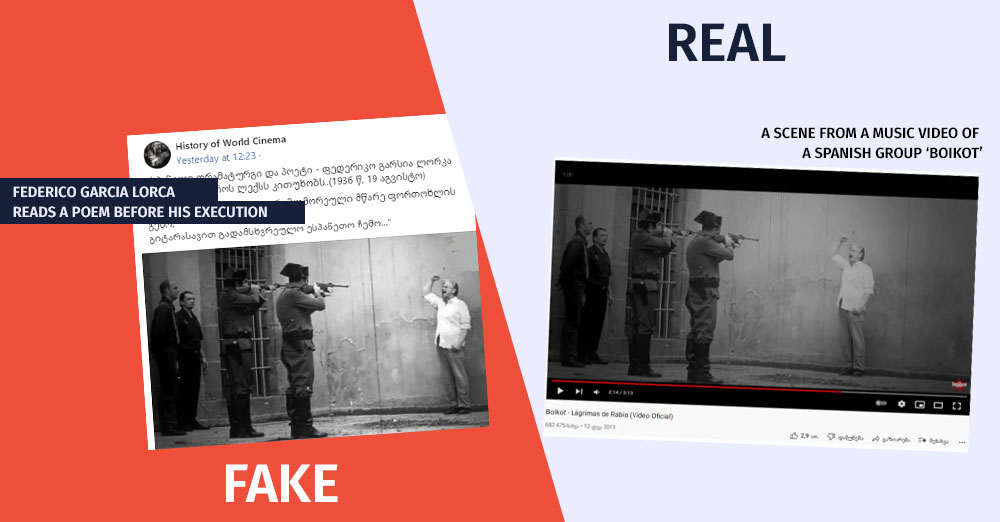 On December 15th, the Facebook page History of World Cinema posted a photo with the following caption: “Spanish playwright and poet – Federico Garcia Lorca reads a poem while being shot … (August 19th, 1936). The text is accompanied by the following lines: “Why was your fate accompanied by the taste of a tearful bitter orange, my Spain, crushed like a guitar…” The caption gives the impression that Lorca was reading this poem before his death and the attached photo depicts this very scene. 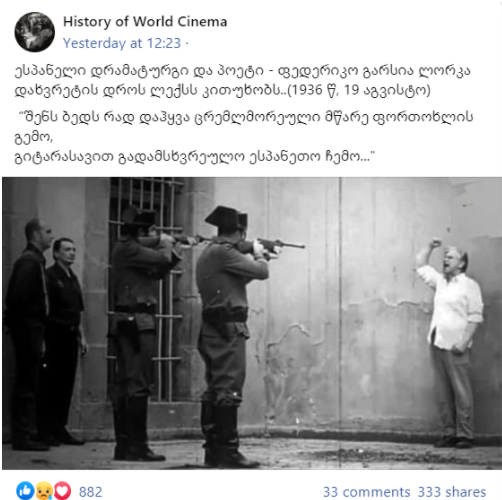 In fact, the picture shared by the Facebook page does not depict the death of Spanish poet Lorca; The image represents an excerpt from a video clip of the Spanish music group Boikot, recorded in 2011. There There is no footage depicting Lorca’s execution, not to mention, the man in the photo does not even look like Lorca, who was 38 years old at the time of his death; In addition, the poem presented in the post belongs to the Georgian poet Shota Nishnianidze.

The exact circumstances of Federico Garcia Lorca’s death and the location of his body remain one of the greatest mysteries of recent Spanish history. According to one of the most widespread versions, Lorca was killed by Francoists on the morning of August 19th in the province of Granada, on the road connecting Víznar and Alfacar, and his body was buried there.

About 29 years after Lorca’s death, Granada police were asked to write a report on the circumstances of the poet’s death. According to documents released in 2015, Lorca was persecuted for his beliefs and ideology, called a “socialist and a Free Mason,” and exposed for homosexuality. In August 1936, a month after the emergence of the Civil War, officers ransacked Lorca hideout. After his arrest, he was taken by car to a place known as Fuente Grande, where he was killed and buried. Details of Lorca’s confession have not been released, and therefore the last words of the Spanish poet are still unknown.

The photo disseminated on social media, depicting a middle-aged man aimed at with a gun, is actually a scene from a video clip of the Spanish music group Biokot, recorded in 2011. The story of the clip is aimed at reviving the historical memory of the Franco regime and is inspired by the stories of Juan Ramon Jimenez, Miguel Hernandez and Antonio Machado, along with the story of Lorca. 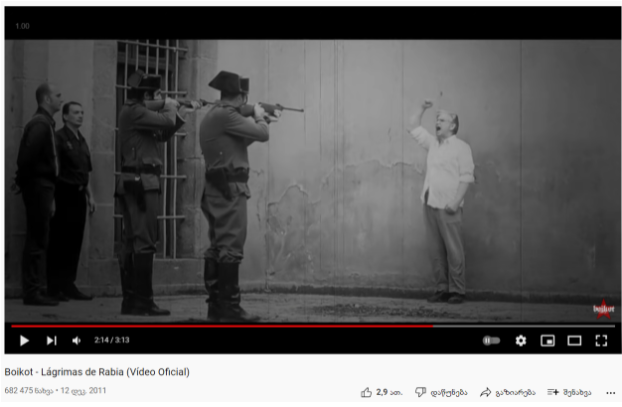 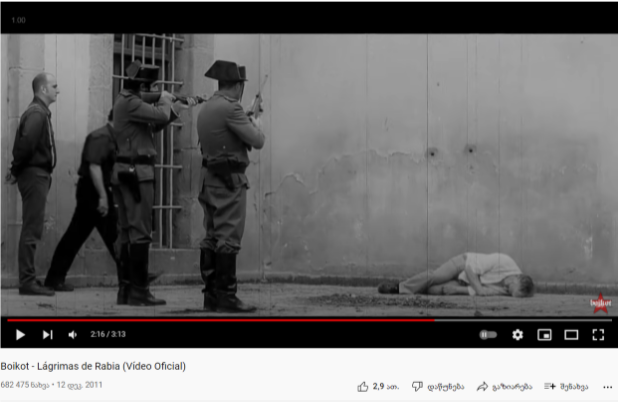 Notably, the action in the photo takes place indoors, while Lorca was shot outdoors. In addition, the man in the picture is older, and Lorca was only 38 years old at the time of his death. They do not resemble each other in physical characteristics.

From the left: Federico Garcia Lorca, Scene from a Spanish video clip

Who is the author of the poem?
The poem, which Lorca allegedly read before his death, actually belongs to the Georgian poet Shota Nishnianidze and is called “Lorca’s last monologue.”