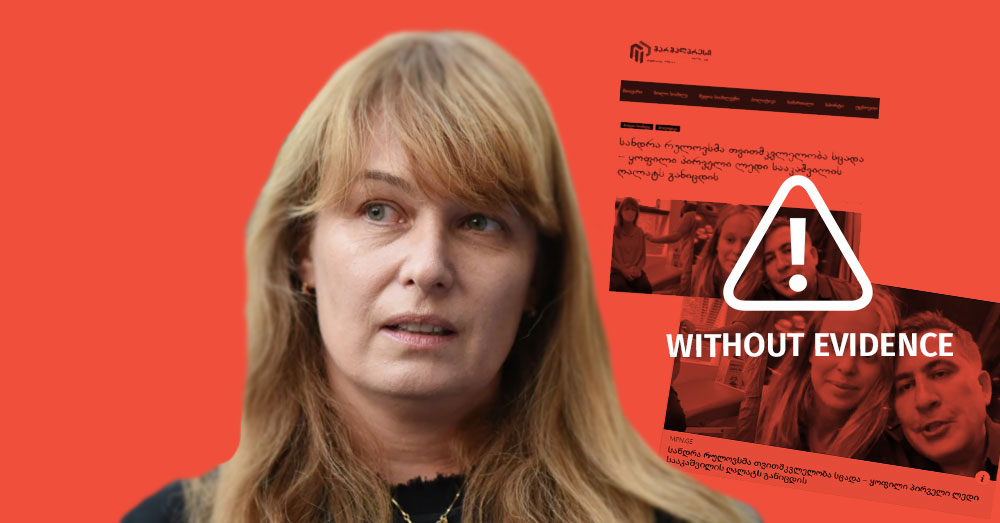 On September 1st, 2021, the pro-governmental media “Marshalpress” disseminated the information that the former first lady of Georgia, Sandra Roelofs, attempted suicide. The article claims that the information was provided to them from the former First Lady entourage. Marshallpress stated that, according to a reliable source, Roelofs received a large amount of antihypertensive drugs after learning about the ex-president’s new partner, Liza Yasko. The material is accompanied by a shot from the recently-published video of Mikheil Saakashvili and Liza Yasko, and a photo showing the vaccination of Sandra Roelofs. 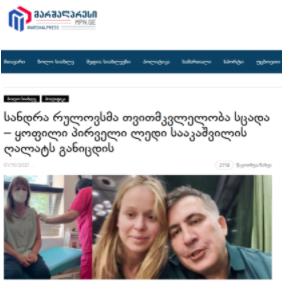 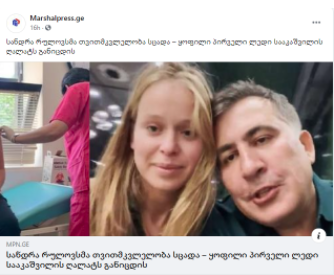 Information about Sandra Roelofs’ suicide attempt is without evidence. On October 2nd, the former First Lady posted a photo showing her arrival at the polling station to vote.

The information that Sandra Roelofs attempted suicide by overdosing on antihypertensive drugs is without evidence and is not confirmed by any open-source. In addition, on October 2nd, the former First Lady published a photo from Tbilisi’s 19th polling station, writing that she had come to the polls at 4pm and follow her civil obligation. This casts doubt on the accuracy of the information. 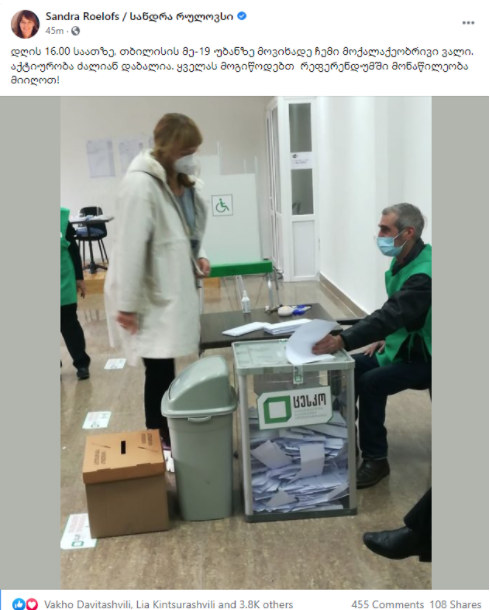 Based on Marshalpress, information about Roelofs’ suicide attempt was spread by intermedia.ge and resonancedaily.com, however, “Resonance” indicates that the information was not spread through other sources.