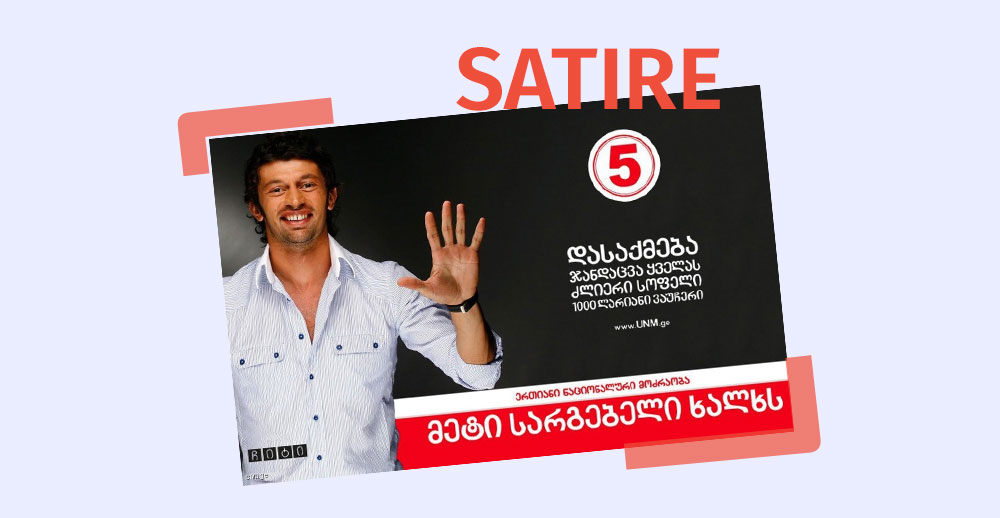 On October 30th, the day of the second round of local municipal elections, the Facebook page Your Page posted a photo of Kakha Kaladze depicted on an election banner, which now features the symbolic of the opposition party United National Movement, the party slogan “More benefits to the people” and election promises: “Employment and healthcare for everyone. Strong villages. 1000 GEL vouchers to everyone.” Earlier, another Facebook user Lasha Berulava shared the same photo with the caption “Kakha Kaladze has changed his mind, GD.” According to the comments section of the post, users believed the authenticity of the poster. On October 29th, the poster was also published by the user Nikā Deisādze.

The electoral poster of Kakha Kaladze is satirical. It was first published in 2012 by the online satirical media outlet Chiti.ge.

A banner depicting Kakha Kaladze together with the logo of the United National Movement first appeared on October 16th, 2012 on a satirical website chiti.ge and on its  respective Facebook page. The photos published on October 29th and 30th, 2021 even include the logo of Chiti.ge, but the low quality of the image makes it hardly distinguishable.

The original photo, which was used to create satirical poster, appears on the internet since 2008. It belonged to an advertising campaign of mobile and internet company “Magti”. Kaladze became the face of Magti in 2007. 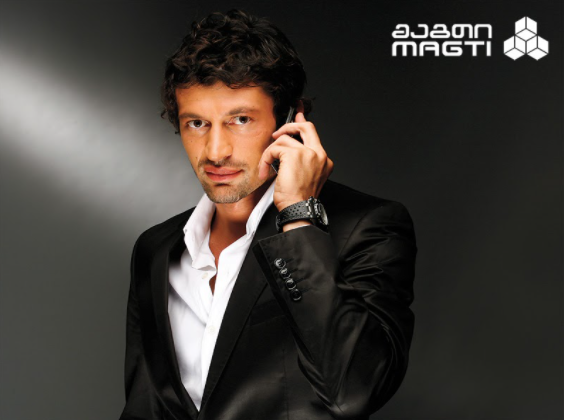