A Political Performance of 2016 or the Demonstration in Support of Saakashvili in 2021? 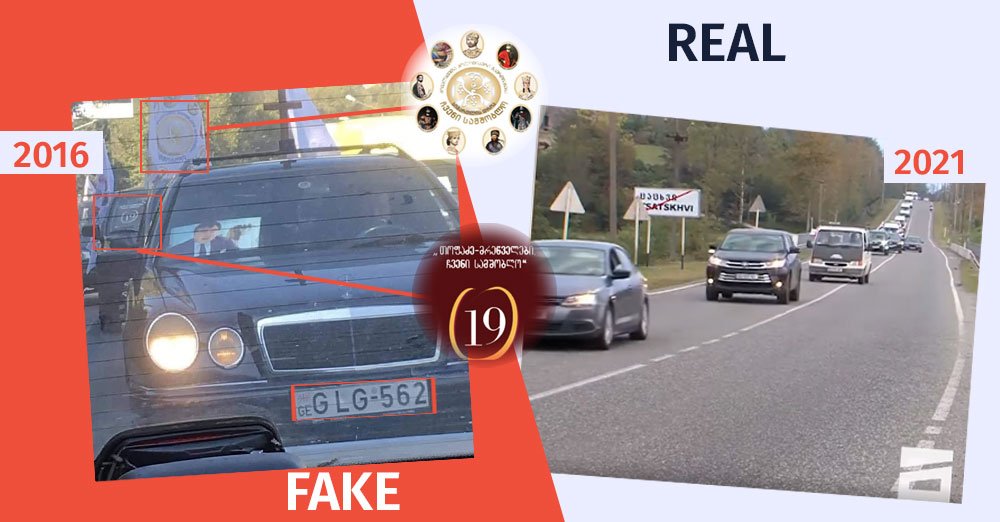 On October 14th, 2021, in parallel with the rally on the Liberty Square in Tbilisi, demanding the release of Mikheil Saakashvili, the third President of Georgia, the Facebook page “Leader 41” published a post including a photo of Mikheil Saakashvili on a hearse. The photo, along with its description, gives the impression that it depicts Mikheil Saakashvili’s funeral. The Facebook page of the “Season TV” posted an identical photo on October 14th with the following description: “Photo from the protest line.” On October 15th, the website of “Resonance” published an article titled “UNM activist from Gori came to the rally today with a hearse having a picture of Saakashvili in the front”). The material used an identical photo of a mortuary car. 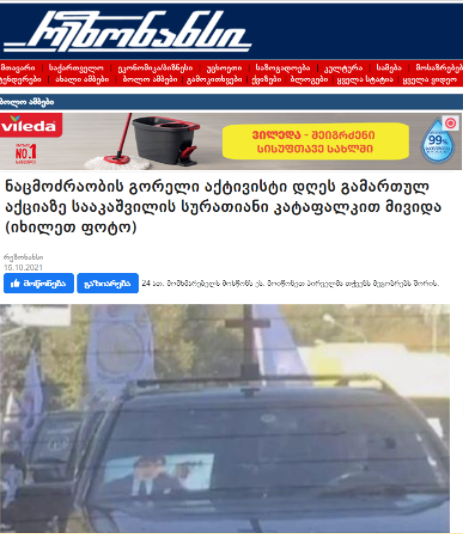 In 2019, an identical photo with the caption “Miha [Saakashvili] was buried today” was published by the Facebook page “UNM Kills.” 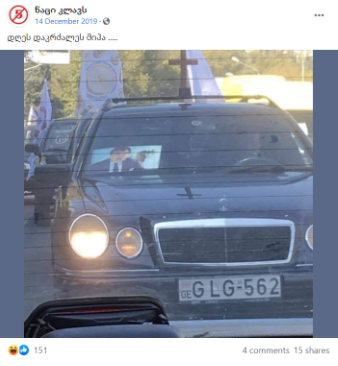 The picture is being disseminated with a false description. In fact, the picture was taken on October 6th, 2016, and depicts Mikheil Saakashvili’s mock funeral organized by Tristan Tsitelashvili’s civil movement “Our Homeland” in front of the US embassy.

On October 6th, 2016, members of the civil political movement “Our Homeland” held a mock funeral of Mikheil Saakashvili at the US Embassy, where they arrived by a hearse line. The front window of one of the cars depicted a photo of Mikheil Saakashvili, while the car itself carried a coffin. 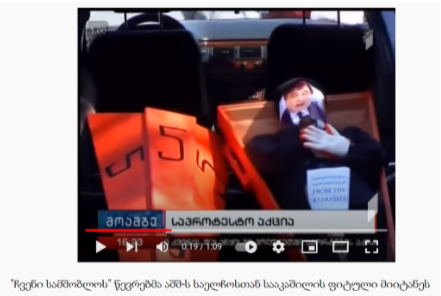 The “Obieqtivi TV” footage from the demonstration depicts that hearse with the number GLG-562 was a part of the above-mentioned demonstration. 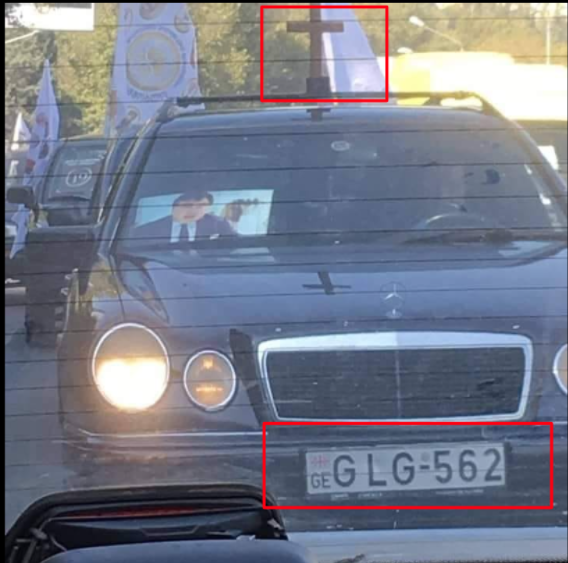 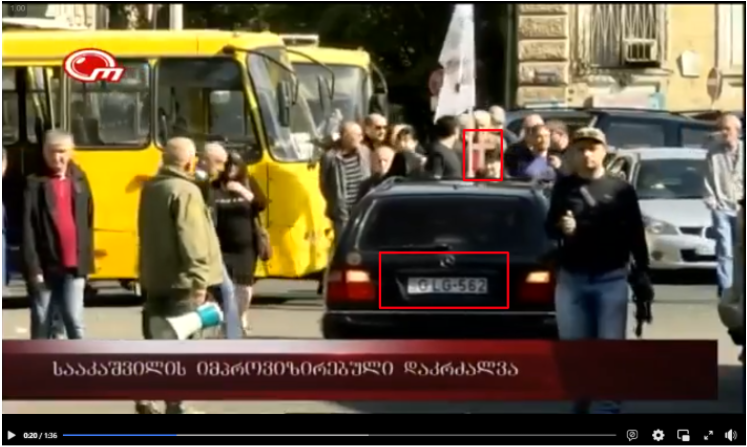 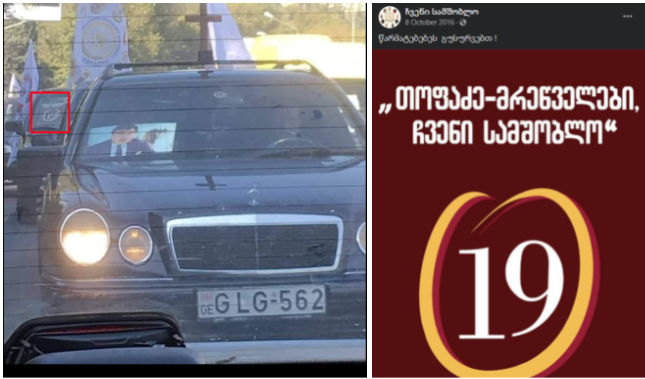 The photo also shows several flags in the back of the car. The flags belong to “Our Homeland” and have the union logo on them.

One of the leaders of the Citizens’ Union “Our Homeland” was Tristan Tsitelashvili, who was accused of spying for Russia and passing secret information to the enemy during the Russian-Georgian war in August 2008. The Georgian Dream released Tsitelashvili as a political prisoner in 2013. Another member of the union, Zviad Chitishvili, was spreading anti-Western messages ahead of the 2016 elections.  Gia Korkotashvili, one of the members of the “Georgian March,” was also a member of the party during this period. During the 2016 parliamentary elections, the “Our Homeland” party joined “Gogi Topadze-Mretsvelebi.”