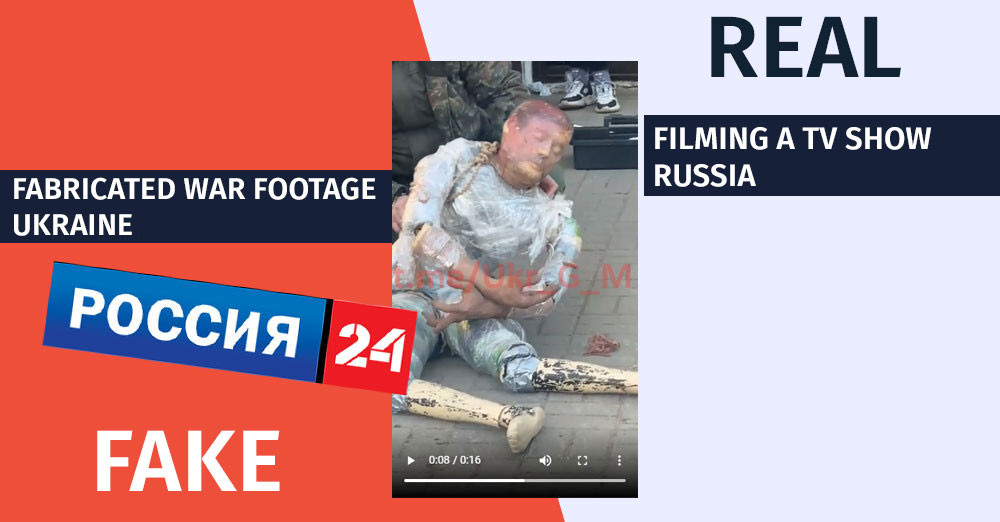 On April 6th, the Facebook user “Maria Xarabadze” published a video of a mannequin with a description that the Ukrainian side is using mannequins to create fake footage of the war and fabricate the Bucha Massacre. The video shows two men dressed in green military clothing wrapping a mannequin with adhesive tape. On April 6th, the same video was posted by Russian-language Youtube user “Александр Никишин” with the following description: “This is how Ukrainians prepare mannequins for provocation.” 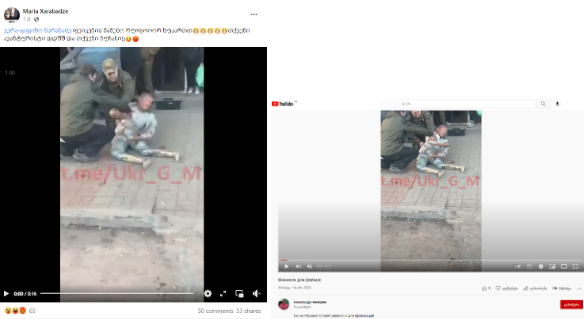 The claim that the released video depicts how the Ukrainian military is preparing another provocation using a mannequin is false. In fact, the video was recorded not in Ukraine but in Vsevolozhsk, Russia during the filming of one of the TV series, and it is not related to the Russia-Ukraine war.

The video was published on April 6th by the Telegram channel U_G_M. The channel publishes information of anti-Ukrainian and pro-Russian content. 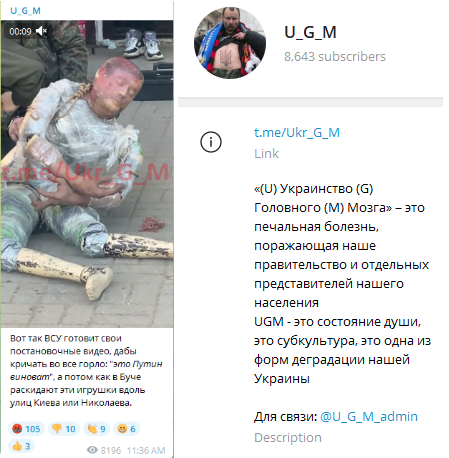 According to the description of the video, the Ukrainian soldiers are making edited videos in order to then blame Putin for everything and, similar to Bucha, scatter such dolls on the streets of Kyiv or Mykolaiv.

The video was also used by the Russian-language TV channel Russia 24 to illustrate the alleged fabrication of videos by the Ukrainian military. Russian artist Nadezhda Kolobaeva responded to the TV channel’s allegations on Facebook, noting that the video was shot on March 20th during the filming of one of the TV series in Vsevolozhsk and had nothing to do with Ukraine. 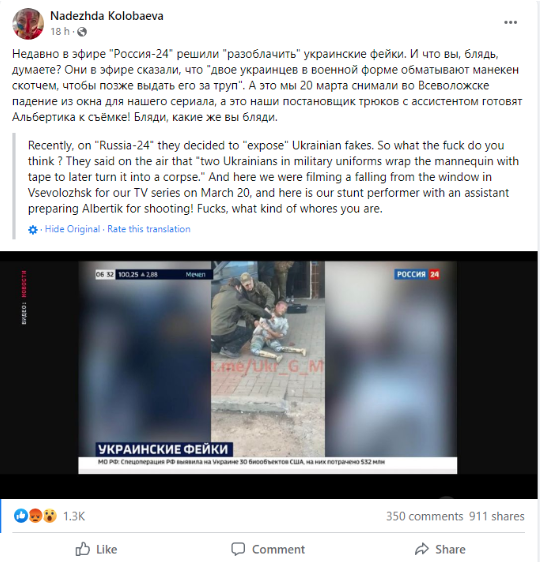 According to Kolobaeva, she and her team used the mannequin in one of the shots of their TV series, and in this particular shot, the mannequin had to be thrown out of the window. Kolobayeva later posted two videos and one photo taken on the set.

One of the videos shows the mannequin being thrown from a height. In the other, the mannequin is placed on the pavement, and a man dressed in a military uniform works with a woman on his clothes. 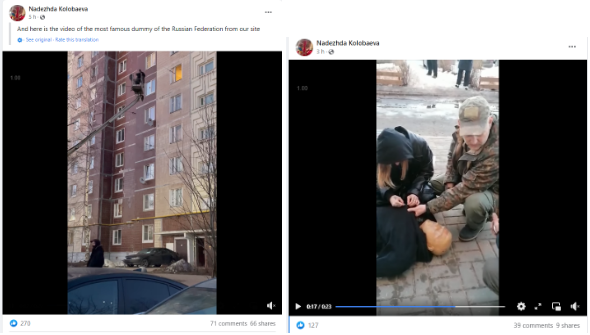 Kolobaeva also posted a scene of the TV series in the post’s comments, where the mannequin is decorated with artificial blood and gives the impression of a man falling from a height. 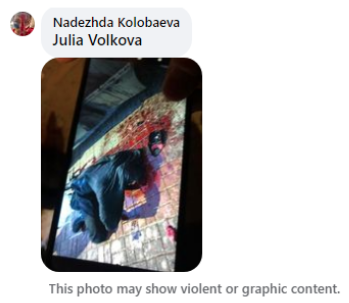 Kolobaeva also mentioned in the comments of the post that she could not say the name of the TV series.

Russia 24’s story about the mannequin is currently not available on any of the TV channel’s platforms.

Nadezhda Kolobaeva noted in her post that the video was shot in the town of Vsevolozhsk near St. Petersburg. Later in the comments, she specified that the building was located at #10 Leningrad Street.

The residential house shown in the video at this address is indeed located in the mentioned city. 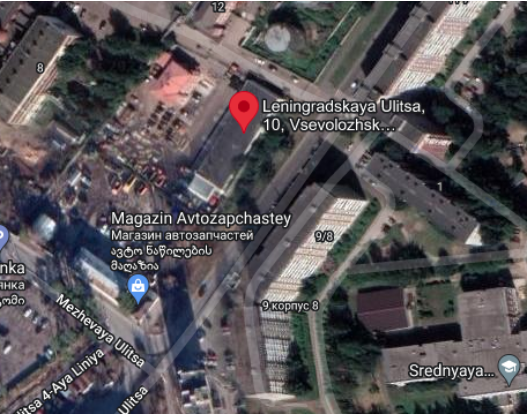 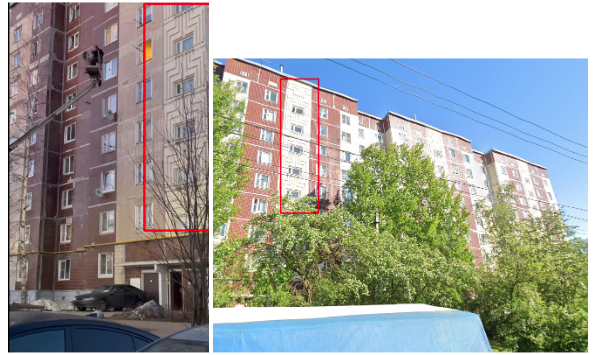