A Fabricated Quote of Saakashvili’s Doctor Disseminated on Social Media 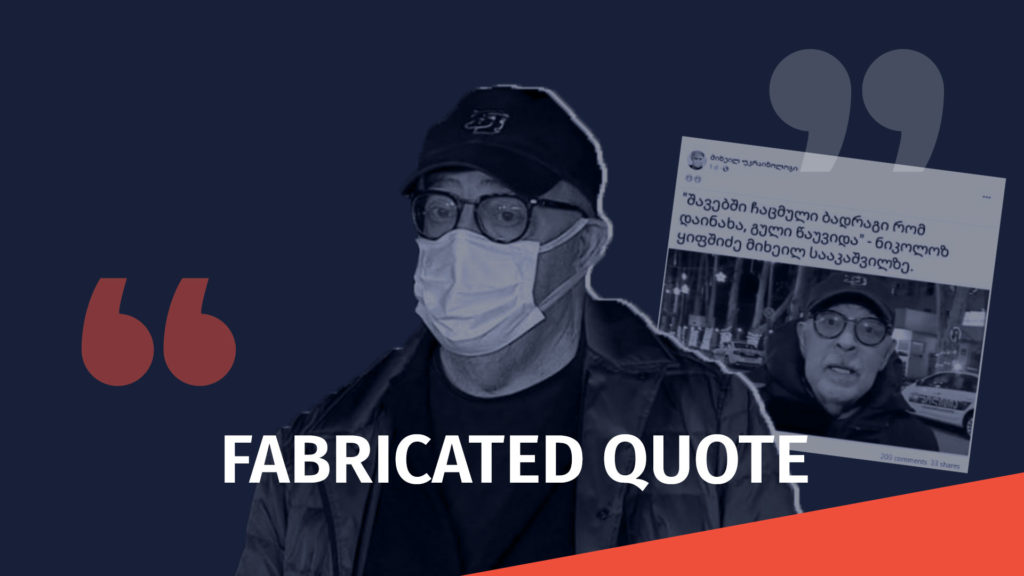 On December 28th, two quotes from Nikoloz Kipshidze, Mikheil Saakashvili’s personal doctor, were disseminated on Facebook. Users David Kantaria and Qeti Vadachkoria shared a screenshot, according to which Nikoloz Kipshidze called on the people of Gori not to use large amounts of explosives during the New Year celebration because Mikheil Saakashvili has fears after the prisoners’ rampage of the Gldani prison. Other Facebook pages, Terenti Gldaneli and Mikheil Ukrainianologist used the identical photo of Nikoloz Kipshidze and added a different text to it. Screenshots spread by these pages claimed that the Kipshidze said that the former president passed out when he saw an escort dressed in black. An identical screenshot was posted by the Facebook user Gela Zedelashvili. Notably, the inscription of Palitravideo.ge can be seen at the end of Terenti Gldaneli’s screen. 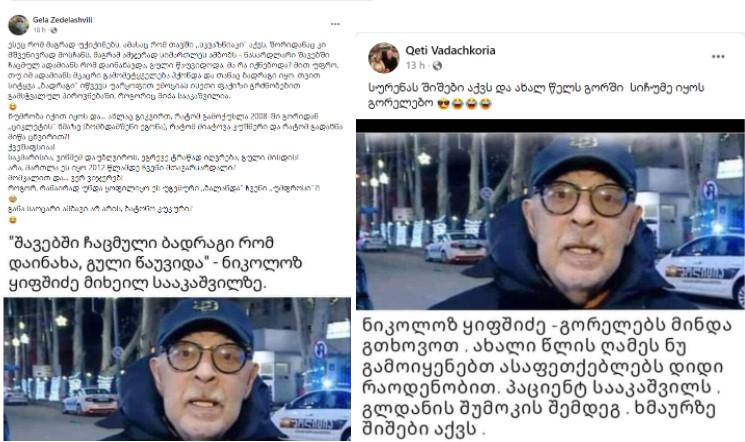 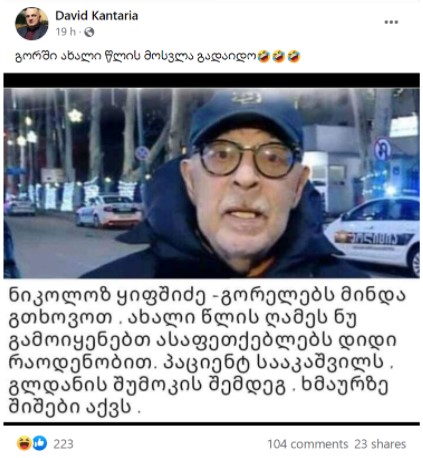 Both quotes by Nikoloz Kipshidze are fabricated. Identical or similar comments of Saakashvili’s personal doctor cannot be found either in Palitravideo.ge materials or other open sources.

No open-source contains any information about the personal doctor of the third president of Georgia calling on the people of Gori to use fewer explosives or him saying that Mikheil Saakashvili lost consciousness when he saw the escort dressed in black.

The photo used in the published screenshots is taken from the interview with Nikoloz Kipshidze recorded by “Mtavari Arkhi” on December 28th. In the video, Nikoloz Kipshidze talks about Saakashvili’s health condition and notes that if he goes on a hunger strike again, the consequences will be catastrophic. In his commentary, he never mentions the people of Gori or the escort dressed in black.

Palitravideo.ge published the same video of Kipshidze using the identical screenshot on December 28th. Nikoloz Kipshidze’s quote “We will not have an alive president soon”- was used as the headline. 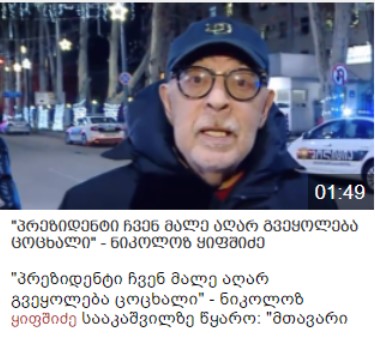 Fabricated quotes in the name of Nikoloz Kipshidze have been fact-checked by Myth Detector in the past as well: