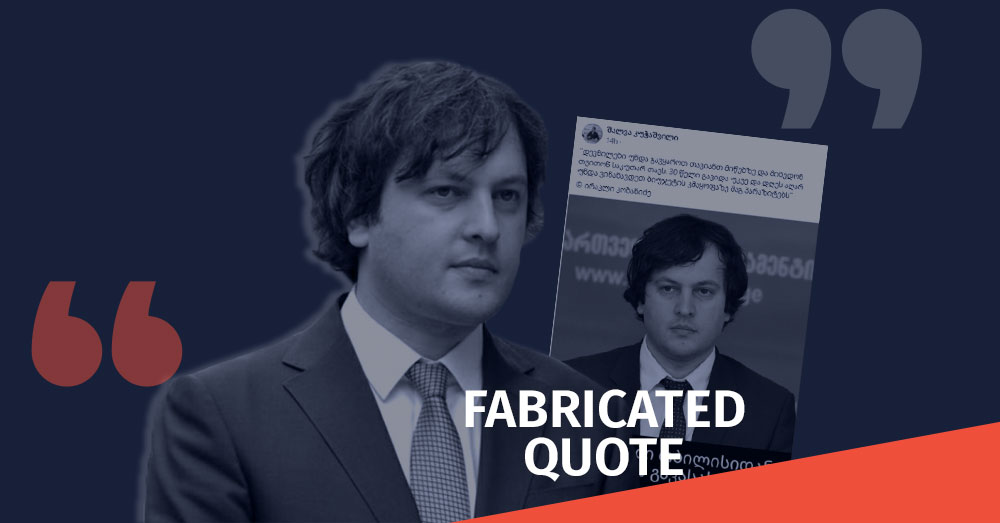 On January 17th, a photo of Irakli Kobakhidze, the chairman of the Georgian Dream, was published in the name of Shalva Kutchashvili, the founder of the Tsinvla movement. The picture was accompanied by the following text: “We must evict the IDPs from Tbilisi soon.” The description of the post quotes that after 30 years, Georgia should no longer maintain parasites with the money of the state budget. Irakli Kobakhidze is named as the author of the quote. 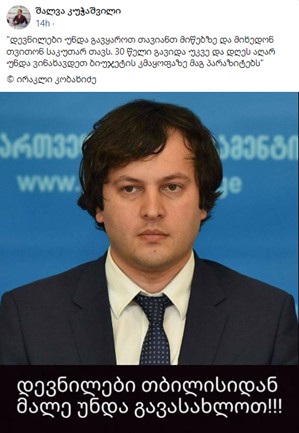 Masking as a supporter of the Georgian Dream party, Facebook page “Shalva Kutchashvili” has been suspected of spreading fabricated quotes in the name of the ruling party in the past as well. See our article:

According to the description given on the page in April 2021, the Facebook page “Shalva Kuchashvili” belonged to a Georgian politician, Shalva Kuchashvili, who “serves the Georgian people and the United National Movement.” The page was created on March 28th, 2021 and was originally called ‘Giorgi Balkhamishvili.’ 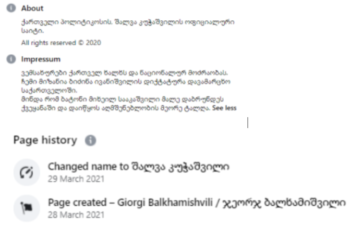 The mentioned information is no longer available on the Facebook page, and the contact information contains the website of the United National Movement (www.unm.ge) and the address of the Georgian Dream head office (Erekle II Square #3), which further stresses the satirical nature of this page.

During a conversation with “Myth Detector”, both Shalva Kuchashvili and Giorgi Balkhamishvili stated that the page was created to discredit them.