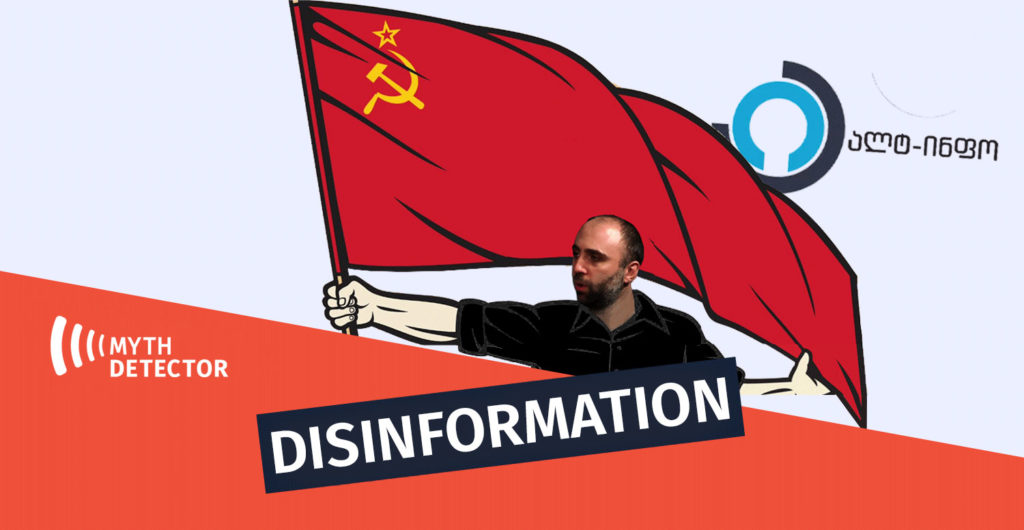 On November 23rd, 2021, Alt-Info TV host Shota Martinenko asserted that integration into the Council of Europe and the European Union would result in the disappearance of national identity. The host added that, in contrast, the Soviet Union could not actually intervene in such aspects of sovereignty.

Martinenko’s statement is manipulative. The European Union and the Council of Europe help member states preserve their culture and identity through various activities. In contrast, the Soviet Union used many different means to erase the national identity marks of different states/nations, such as language, religion, culture, etc.

Language represents an essential part of national identity. The EU and the Council of Europe are linguistically diverse. In their member states, one can find not only one but often different, more minor languages as well. Both organizations actively contribute to preserving and popularising each of the member states’ languages since some of them are on the verge of extinction. 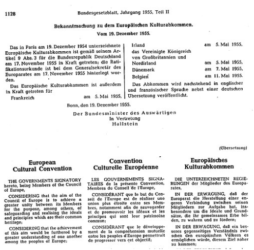 Notably, the document focuses not only on preserving languages but also puts particular emphasis on promoting the culture and history of the member states of the Council of Europe in general. In its introductory part, we read:

“Having resolved to conclude a general European Cultural Convention designed to foster among the nationals of all members, and of such other European States as may accede thereto, the study of the languages, history and civilization of the others and of the civilization which is common to them all.”

Respect for linguistic diversity by the EU stems from its founding document, which states that the EU must respect linguistic differences and richness.

Treaty on European Union, Article 3: “It [European Union] shall respect its rich cultural and linguistic diversity, and shall ensure that Europe’s cultural heritage is safeguarded and enhanced.” 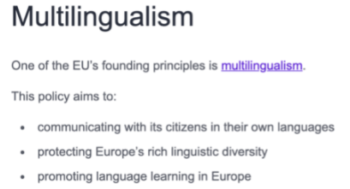 Website of the EU, “One of the EU’s founding principles is multilingualism.”

Unlike the European Union and the Council of Europe, the Soviet Union had a different language policy. Initially, the politics of Lenin maintained the diversity of languages ​​and fostered their development, but later the USSR actively began the process of Russification, which manifested itself in the advancement of the Russian language. This was important for creating and strengthening the soviet unity, while previously other languages fostered only to draw non-Russian people were to communist ideals using their native language.

The Soviet Union sought to erase various languages, both by law and in practice, and actively Russify them. Censorship was the primary tool utilized at the practical level, while the events of 1978, when the Soviet government decided to remove Georgian as a state language from the Constitution of the Georgian SSR, demonstrate the aspects of the legislative tools. The decision was protested by many people during the April 14th demonstration, which eventually forced the government to abandon the change.

The process of Russification began during Stalin’s period of collectivization but lasted until the last years of the Soviet Union. The trend was especially omnipresent in the 1980s when the idea of the Soviet people having Russian as their native tongue was at its peak. This process was often violent, transforming a number of native languages into ​​“family languages,” with Russian being the primary language of communication between local ethnic minorities.

Religion plays a crucial role in shaping national identity. It is noteworthy in the Soviet Union, the government was committed to pursuing religion as much as possible.

Destruction of religious and cultural heritage sites was common during the Soviet era. As a result, many churches, mosques or synagogues were completely destroyed, and some of them changed their function and were transformed into gyms, village clubs, etc. 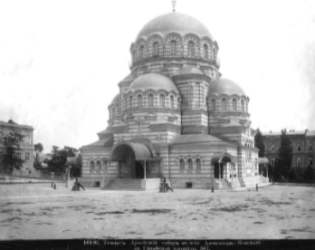 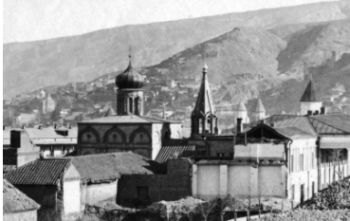 Soviet authorities actively fought and persecuted the clergy. As a result, many clergymen were arrested, including Patriarch Ambrose. In addition, Metropolitan Nazar of Kutaisi was shot, as well as the chief pastor of the Lutheran Church Richard Meyer.

Soviet authorities actively ridiculed and denigrated religious holidays, persecuted believers, and damaged religious buildings. Notable in this regard are the Komsomol Christmas and Easter (Soviet riots of the Christian holidays), during which communists attacked churches, believers, and clergy. 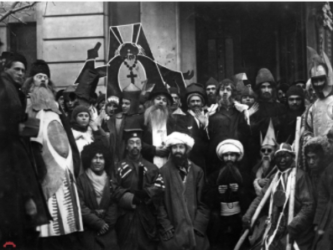 The Council of Europe and the European Union have a radically different approach towards religion than the Soviet Union, which is based on tolerance and equality principles.

The EU actively supports freedom of religion. For example, chapter 10 of the EU Charter of Fundamental Rights reads:

“Everyone has the right to freedom of thought, conscience and religion. This right includes freedom to change religion or belief and freedom, either alone or in community with others and in public or in private, to manifest religion or belief, in worship, teaching, practice and observance.”

Not to mention, protecting religious freedom is essential for the Council of Europe as well. In this respect, individuals are protected by the European Convention on Human Rights adopted by the member states of the Council of Europe. The European Court of Human Rights has many cases that defended an individual’s religious freedom and its preservation.

Similar to language and religion, when it comes to culture and art, the Soviet Union was quite active in imposing censorship on any material that would potentially endanger its ideology. Art has a significant influence on the formation of national identity. The USSR actively sought to introduce specially created works of art to people living in the Soviet Union, be it propaganda films, poetry, works or paintings. Those works of art that would go against the USSR in any form would simply be destroyed and their authors punished.

Some of the Films banned in the USSR:

Art was ideologically heavy in the Soviet Union, and none of the artists had professional freedom. Moreover, the Soviet Union only approved the depiction of the so-called “socialist reality,” which was supposed to represent the social existence of the working class and the soldiers.

Moreover, the masterpieces considered genius presently were not recognized under Soviet rule, and neither were their authors. Instead, they were banned and persecuted under the Soviet regime. Under censorship that lasted almost 70 years, numerous artists had to pay for their freedom of speech and expression with their lives.

For more information on the topics, see our article: Literature and Films Banned in Soviet “Slavery.”

The EU has an entirely different approach in this regard, which considers individualism, freedom of speech and expression as fundamental values.

There is a particular program, “Creative Europe”, within the European Union, which aims to develop and promote the culture of the various member states. The EU attaches great importance to the cultural heritage, art and their protection/promotion of the Member States and Europe in general.

Every year, the EU selects two cultural capitals and funds a number of cultural events during the year, allowing everyone to get acquainted with the local culture and artists. Of course, the art used in such programs is always diverse, and the programs also respect the author’s professional independence.

The EU seeks to ensure that the art of each member state is not confined to its borders but goes beyond it and reaches other countries.

The Council of Europe has a similar approach. The cultural heritage section of their website states the following:

“We strive towards a Europe where the diversity of cultures, the arts, and cultural heritage are essential to the development of a genuine openness of mind and basic rights, and where open and interactive processes and practices of culture that combine to help us deal with the complexities of living with ourselves and one another.”

One has to underscore the work carried out by the Strasbourg Court, which actively protects the freedom of activity of each artist from governmental interference.