4 Disinformation of the Kremlin around Biological Laboratories in Ukraine 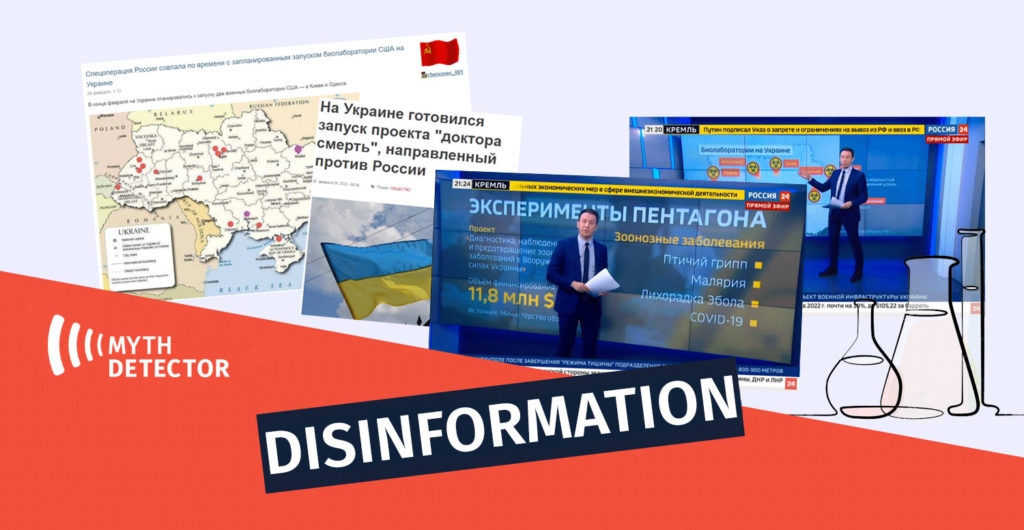 On February 26th, the Russian-language media rusnext.ru, eer.ru, everything.kz, cont.ws reported on the alleged development of dangerous biological weapons in American laboratories based in Ukraine, noting that in February 2022 in Kyiv and Odesa, it was planned to open two American laboratories, which was prevented by the “special operation” of Russia. Identical information was published on social networks Livejournal and Facebook.

Igor Nikulin, a pro-Kremlin political scientist, spoke on biological weapons, stating that Ukraine and the United States had signed a document in 2005 to examine equipment that could be used to develop nuclear weapons in Ukraine. Nikulin’s statements were aired on Kremlin propaganda televisions Россия 24 and RT. Россия 24’s story was shared by the Georgian-language Facebook page “National Television Didgori TV”. 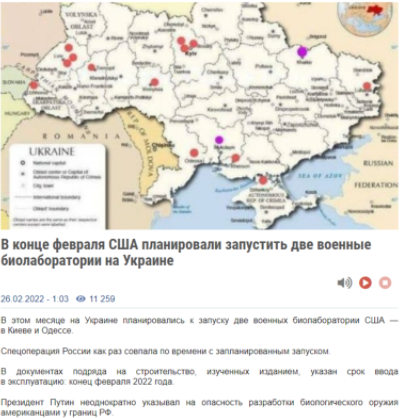 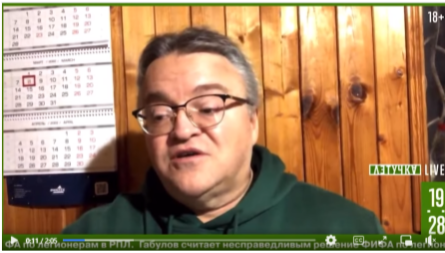 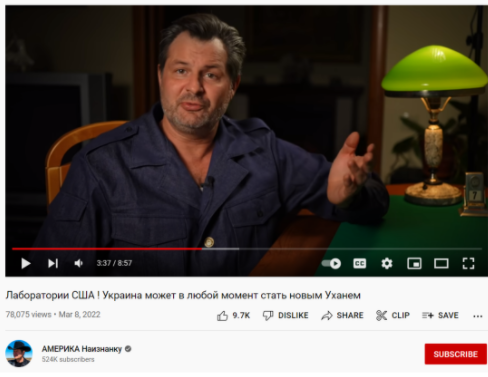 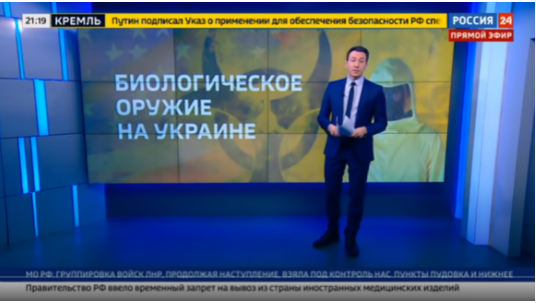 According to Russian-language media, leaked documents showed that the laboratories in Kyiv and Odesa were scheduled to open in late February 2022, and Russia’s “military operation” hindered their launch. This narrative is part of the Kremlin’s propaganda to justify and legitimize the war in Ukraine. In fact, two laboratories were built in Kyiv and Odesa in 2019 as part of the Biological Hazard Reduction Program with US support. In addition, a number of laboratories have been upgraded to the 2nd level of security for the Ministry of Health of Ukraine and the State Service for Food Safety and Consumer Protection. The biological threat reduction program in Ukraine aims to protect the country from dangerous pathogens and toxins so that Ukraine can detect them promptly and respond to them before they pose a threat.

The document used by Russian-language media as reference states that no biological work is being carried out in the laboratories in Kyiv and Odesa, as it still takes several months and additional funding to install the appropriate equipment and set up the building to bring it in line with local and world health standards. The process was prolonged due to regulations caused by the Covid-19 pandemic. The document is dated July 29th, 2021, and states that it will take another seven months for the laboratories in Kyiv and Odesa to become fully operational. According to this information, the completion of the work was scheduled for the end of February 2022. However, this does not provide evidence that they pose a threat of biological weapons, as similar information is not provided in either this or any other documents. In addition, other modernized biological laboratories are already operational in Ukraine as part of the Biological Hazard Reduction Program.

Notably, the Kremlin-controlled media also published photos of the document, which was used as alleged evidence of the danger coming from the laboratories operating in Ukraine, when in fact, the record does not say anything about the creation of biological weapons. See the “Myth Detector” material for more on this issue.

Political scientist Igor Nikulin, often cited by the Russian media as a former member of the UN Commission on Biological Weapons, is a lecturer at Moscow State Technological University and a supporter of the monarchy in Russia. According to Nikulin, in 2005, Ukraine and the United States reached an agreement, which envisaged working on biological weapons. In fact, the Kremlin has long been spreading disinformation that secret US biological laboratories are operating in Ukraine, which has been denied by the US embassy in Ukraine in the past. The Russian side has not provided any evidence to substantiate this claim.

In 2005, the Ministry of Health of Ukraine and the Ministry of Defense of the United States signed an agreement aimed at eliminating the threat of bioterrorism that emerged during the Soviet era. The agreement allows for the cessation of the dissemination of technologies, pathogens, and knowledge that may be used to produce biological weapons. Under the agreement, local laboratories were modernized in Ukraine, particularly in Odesa, Kharkiv, Lviv, Kyiv, Kherson, Vinnytsia and the Dnieper region. Information about the laboratories is available on the website of the US Embassy in Ukraine. These laboratories have been modernized with the financial support of the United States, although they operate under the auspices of the Government of Ukraine, under Ukrainian law, and are also funded from the state budget of Ukraine.

The Biological Hazard Reduction Program has been providing technical assistance to the Ministry of Health of Ukraine since 2005 to improve local laboratories. These laboratories have played an essential role in the fight against the spread of Covid-19.

Notably, the Biological Hazard Reduction Program (BTRP) is part of the Nunn-Lugar program. A legislative initiative by Senators Sam Nunn and Richard Lugar, approved in 1991, aims to reduce biological threats in the former Soviet Union and equip local laboratories with state-of-the-art technology. The Nunn-Lugar program operated in Russia until 2012. After Russia decided to withdraw from the program, a new bilateral agreement on the prevention of arms proliferation was signed between Russia and the United States in 2013, which was finally suspended by Russia in 2015.

Other fact-checking platforms such as Stopfake.org, snopes.com, factcheck.org and EUvsDisinfo have also identified and countered the widespread disinformation about the foreign laboratories operating in Ukraine.

In 2011, 33 cases of cholera were reported in Mariupol. The cases were imported from another country. Vlogger Alex Brezhnev claims that the world has long defeated cholera; therefore, its appearance in Ukraine is suspicious, which is not true because cholera has been recorded in various countries worldwide, including Europe. For example, the disease was reported in 9 EU/European Economic Area member states in 2010-2014. Cholera may be caused by contaminated water or food. According to Rospotrebnadzor, the Russian Federal Office for Consumer Protection and Human Welfare, there are also individual cases of cholera in Russia, which can be quickly identified and isolated.

As for viral hepatitis, its spread in Ukraine is also not surprising, as it is a global disease and infects hundreds of millions of people worldwide. Hepatitis can be caused by excessive consumption of alcohol, toxins, certain medications or a medical condition, as well as hepatitis is often caused by a virus. In 2016, the World Health Organization’s Health Assembly set a global goal of eliminating viral hepatitis by 2030, with a 90% reduction in new cases of hepatitis B and C.

Another disinformation disseminated by Alex Brezhnev in the video is that only Americans work in the US-funded laboratories in Ukraine. As mentioned above, the laboratories received financial support from the US, although they do not belong to the US and are under the control of the Ministry of Health of Ukraine, so the laboratories employ Ukrainian citizens. According to the information posted on the website of the US Embassy, ​​a number of research projects are being carried out with the support of the Biological Hazard Reduction Program, where Ukrainian and American scientists are working together.