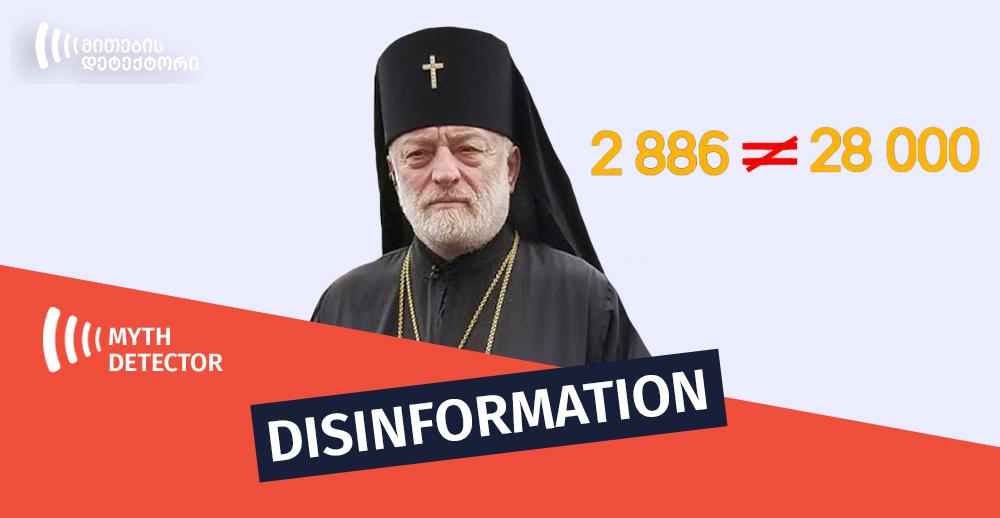 On November 21, 2020, a Facebook page „საერო გაზეთი“ (Secular newspaper) published an interview with Reverend Melchisedech (Elizbar Diakonidze), a priest who serves in Greece. Diakonidze claimed that aside from committing other crimes, Mikheil Saakashvili also gave the citizenship of Georgia to 28,000 Turks in one day, meaning that these people were participating in an electoral process together with their families and that 50,000 Turks voted for the United National Movement (UNM).

Reverend Melchisedech: “Saakashvili is the man who gave the citizenship of Georgia to 28,000 Turks in one day. Today, these 28,000 Turks, together with their families, voted for the United National Movement. This accounts for 50,000 votes. Saakashvili is a curse, who, just like Constantine Mirza, led the enemy of Georgia into the country. I would also recall Giorgi Saakadze who led Shah Abbas to Georgia and destroyed him here, near Martqopi”. 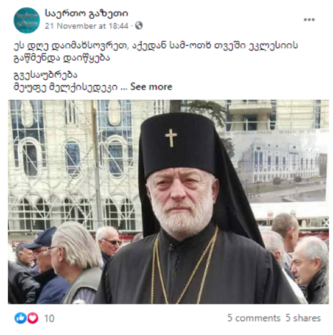 Various other actors have also spread reports that tens of thousand Turkish citizens were given the Georgian citizenship during the UNM rule. These include the Alliance of Patriots of Georgia and a pro-Kremlin edition News Front which reviewed this issue in a xenophobic context of a Turkish expansion and their involvement in political processes.

During the rule of “Georgian Dream” (2014-2018) 164 Turkish citizens received the Georgian citizenship.

The report about 50,000 Turkish citizens in Adjara voting in the elections is false.

An identical text was disseminated on these pages and groups together with Saakashvili’s photo. The post mentions that thanks to Saakashvili, Turkey’s influence especially grew in Adjara and, in fact, they (Turks) do not obey the Georgian Government anymore. The widespread posts repeat Reverend Melchisedech’s narrative about 28,000 Turkish citizens becoming the supporters of the UNM after becoming the citizens of Georgia and casting their votes for the opposition at the October 31, 2020 election.

About the Secular Newspaper

The newspaper was created on July 30, 2011. The edition mainly criticizes various oppositional parties and pro-opposition media, and disseminates disinformation about the coronavirus as well.

Their Facebook page indicates that the newspaper is published on Wednesdays. Their website is currently down. However, their old website mentions that the newspaper has been publishing since March 2008 and its Editor-in-Chief is Vakhtang Kharchilava.