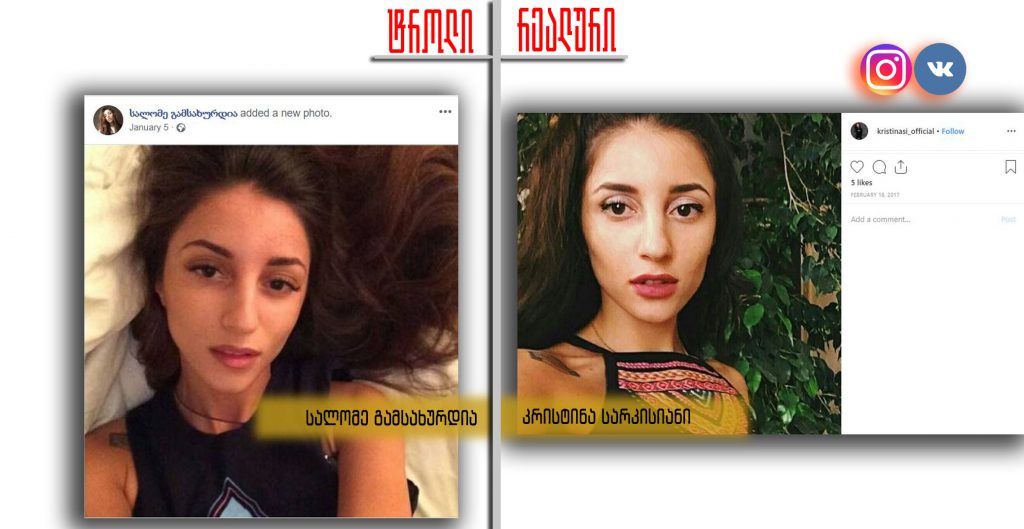 The Parliament’s November 14 decision to vote down the constitutional amendment on transition to fully proportional electoral system from 2020 triggered large-scale protests outside the Parliament building on Rustaveli Avenue. The protesters, among them opposition parties, are demanding replacement of the electoral system by the so called “German model.” On November 18, the Georgian government used riot police and force to disperse the peaceful protest rally. Protests resumed outside the Parliament building on November 25 and at dawn on November 26, police again dispersed the protesters using water cannons.

Amid protests, pro-government trolls emerged on Facebook, discrediting protesters and expressing support to the government. The Myth Detector has identified 21 such trolls, who are stealing the identities of users registered in various social networks. Five out of 21 identified trolls administer one and the same spam groups, sharing the posts discrediting protest rallies. Two out of five admins have been deactivated. The scheme of sharing posts in various groups points at coordinated activities by trolls. These groups are: უნივერსალური (Universal), უფალო შეგვიწყალენ (God Forgive Us), საინტერესო (Interesting), ფოსტალიონი (Postman), ბიძინა ივანიშვილი ჩემი თანამოქალაქეა (Bidzina Ivanishvili My Fellow Citizen).

Groups and their admins

Along with discrediting the rallies, the trolls were also spreading pro-government messages. On the one hand, they were justifying the Parliament’s decision to vote down the amendments as well as forceful dispersal of rallies by police, and on the other, they were discrediting political opposition. The trolls were sharing the posts by Dimitri Khundadze and Giorgi Volski about protest rallies and the downvoted bill.

Justifying the dispersal, expressing support to the government

Trolls, stealing the identities of others