2020 Bergamo or 2013 Lampedusa – Which Incident Do the Coffins Depict? 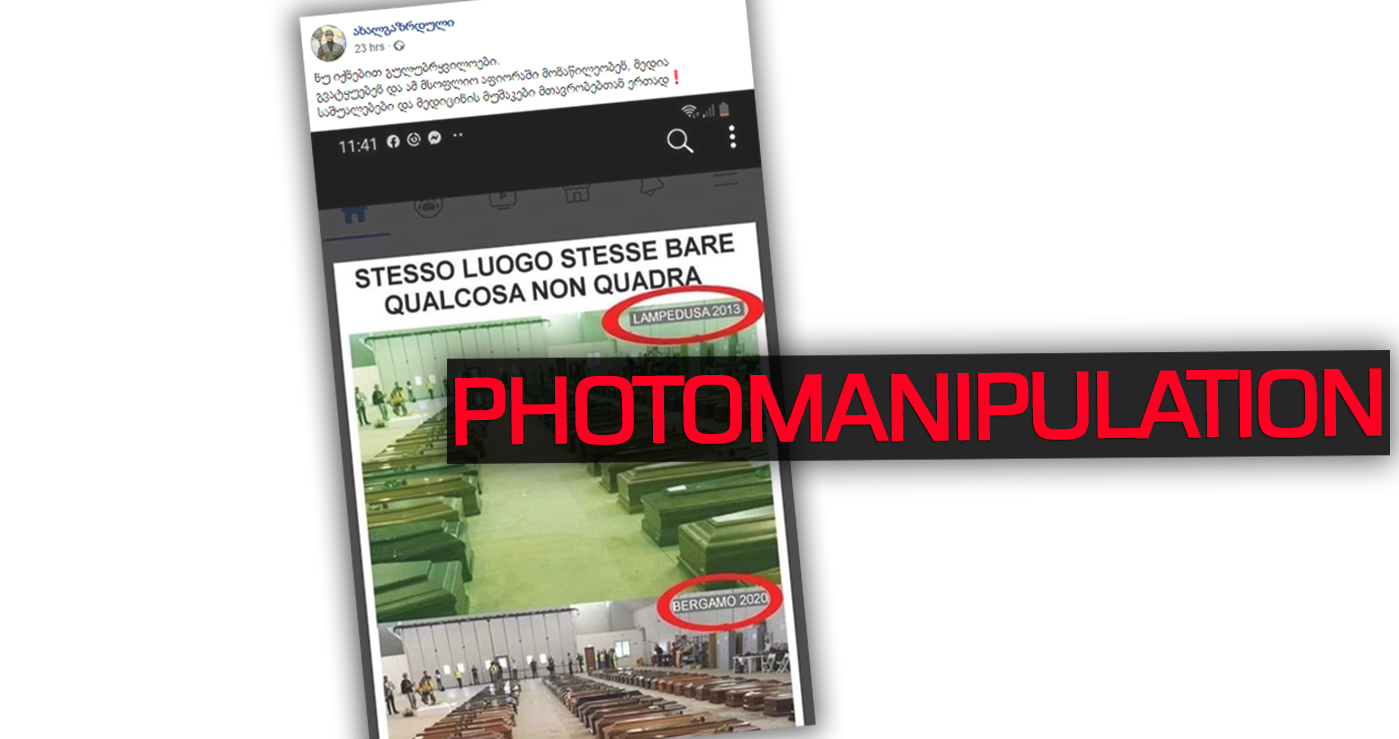 On April 30, a Facebook page „ახალგაზრდული“ (“Youth”) published a photo collage. There were two photos, with both the top and the bottom photos showing rows of coffins. The top photo was captioned LAMPEDUSA 2013, the bottom – BERGAMO 2020. The post indicated that the public is being deceived with a worldwide scam. By uploading the photos the page intended to send a message that the coronavirus does not exist. 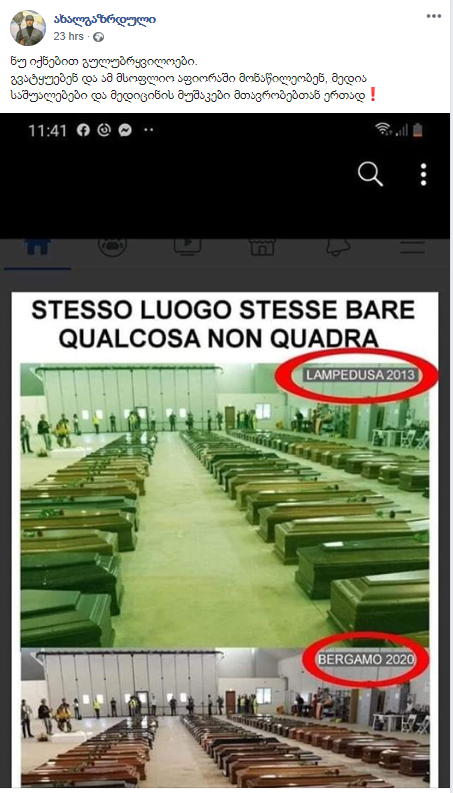 What does the photo show?

In March 2020, Italian Facebook users were disseminating fake photos showing rows of coffins. Those spreading the photo were indicating that it was taken in Bergamo and was showing coffins of the coronavirus victims. 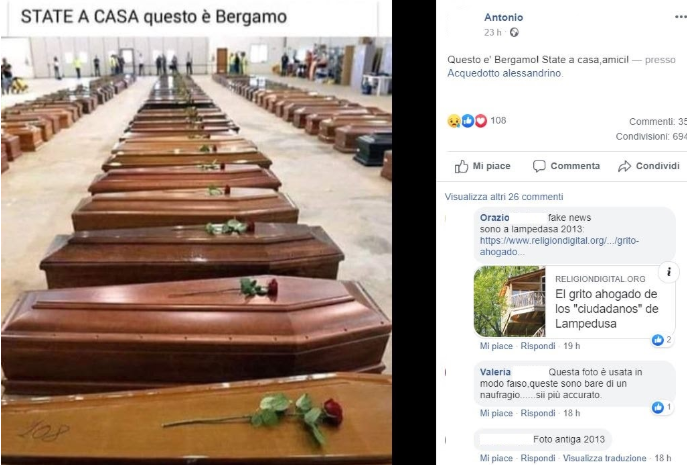 After verifying the information, an Italian edition Next established that the photo showed coffins of those who died when a migrant ship sank near Lampedusa in 2013. Before burying, the coffins of the 111 victims were temporarily placed in an airport hangar. Fact-checkers of the Italian edition prepared a special article. 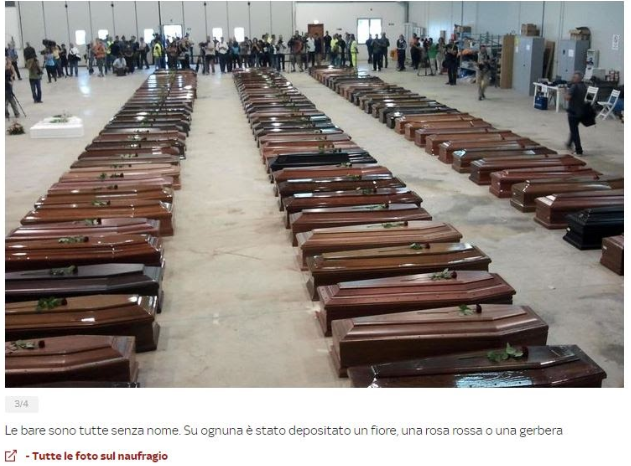 As the Italian edition reports, several days ago, unidentified individuals used their article to create a new piece of disinformation and found another sequel to the Lampedusa story – they created a photo collage, claiming that the coronavirus does not exist and the photo, allegedly taken in Bergamo, actually displays Lampedusa. 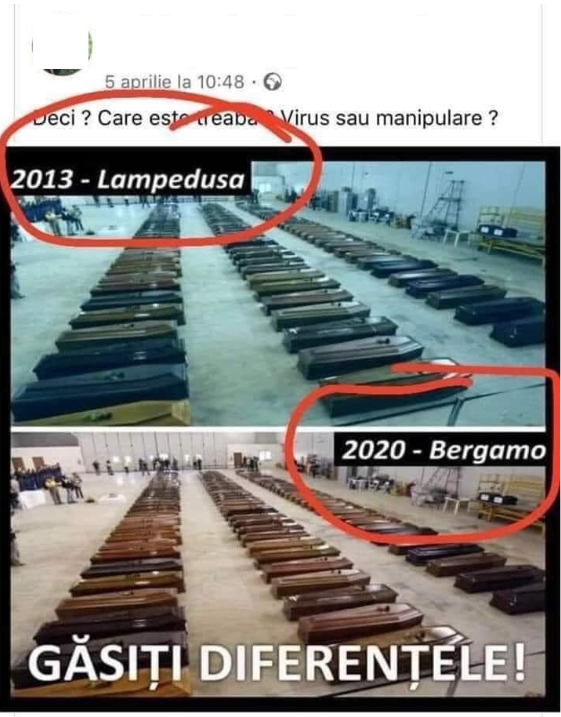 The photo collage has already been circulated around the world and reached Georgia, too. Twitter users are sharing it especially actively.