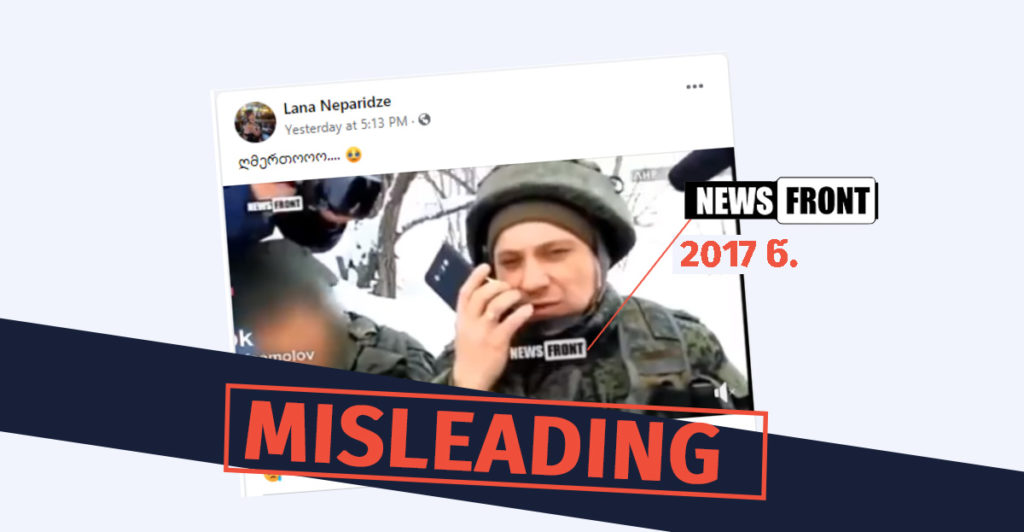 On February 24th, 2022, Facebook users Lana Nefaridze, Mimi Gabrichidze and Koka Shurgaia published a video featuring a man dressed in military uniform speaking to a woman on the phone in Russian, telling her that her son had been killed and would try to hand over the body to the Ukrainian side. The man then apologizes. 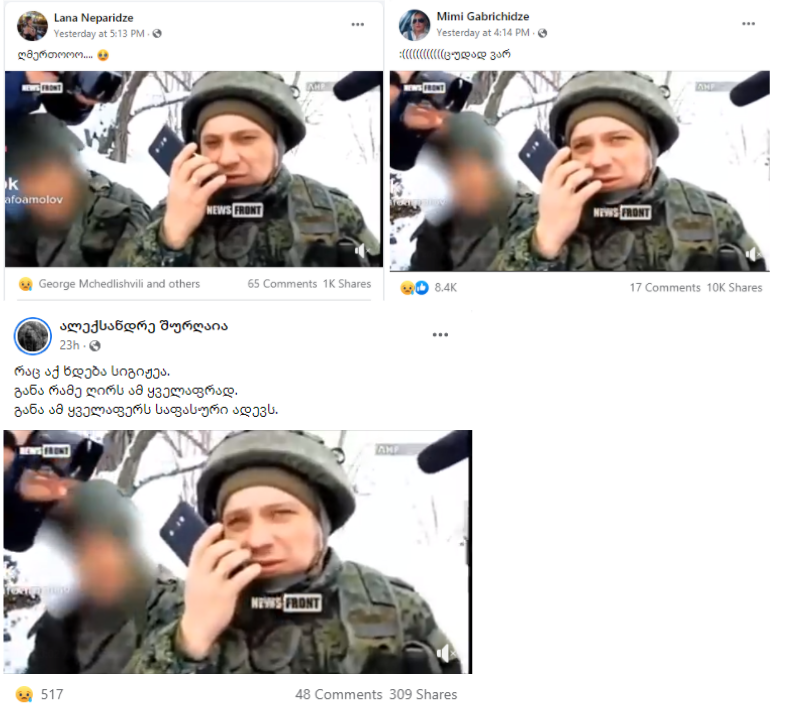 The video is being disseminated without context during the 2022 Russia-Ukraine war. In fact, the footage was released in 2017 by the pro-Kremlin outlet “News Front,” claiming it depicted a lieutenant colonel in the Luhansk region separatist forces informing the mother of a Ukrainian soldier of her son’s death.

The video was first published by the pro-Kremlin outlet “News Front” on November 25th, 2017. The footage uploaded by NewsFront is no longer available, although the text in the material is identical to the dialogue hearted in the video. According to News Front, the information was spread on other Russian websites, and the video was taken from there. 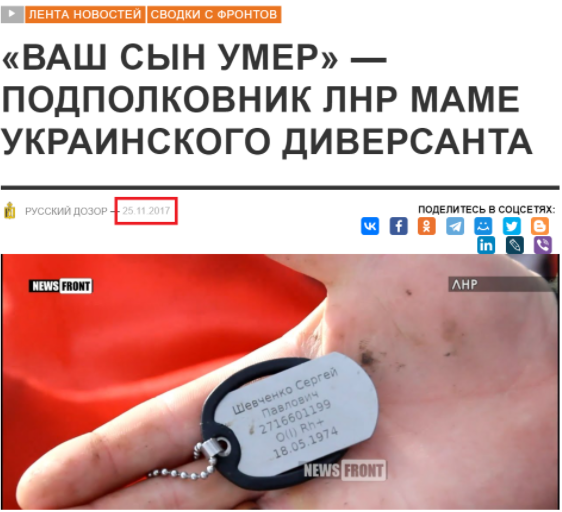 According to the News Front, Ukrainian “saboteurs” were killed in the Luhansk region controlled by Russian-backed separatists, and the mother of one of them was informed about the death of his son by Lt. Col. Andrei Marochko. The video shows a military token with the name Sergei Shevchenko on it.

Andrei Marochko has shared a video on his Twitter, in which the mentioned fact can be seen from another angle. The captive military with a Ukrainian flag on his uniform can also be observed in the video. 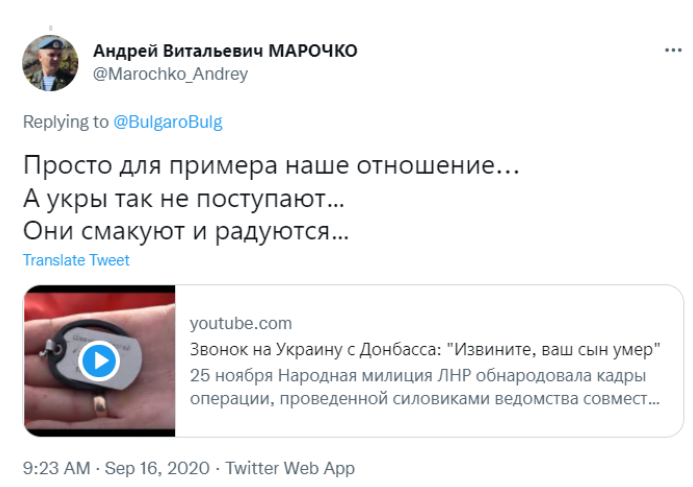