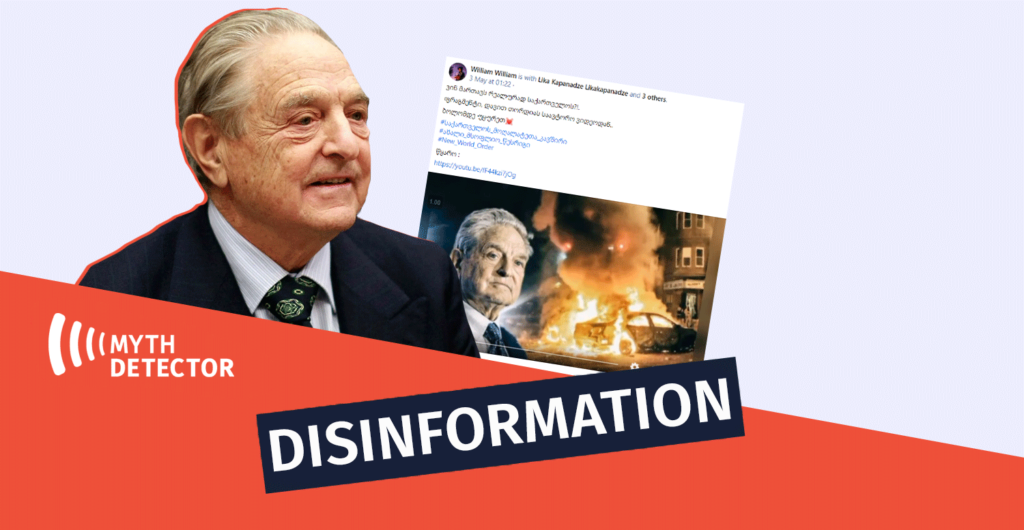 On May 3rd, the Facebook account “William William” posted a video accompanied by the caption “Who Really Rules Georgia?! Excerpt from Davit Tordia’s video.” The video itself concerns George Soros. According to Tordia, George Soros is the creator of the classic “devilish carousel” in Georgia, the main “Satanist and the number one Jehovah’s Witness in the world,” who in 1996 funded the creation of the Institute for Development of Freedom of Information from his foundation (Open Society Georgia Foundation) and has been funding political parties operating in Georgia. The video also states that September 11, 2001, terrorist attacks were orchestrated by the United States and that the United States has been fighting for a “new world order” since the 1990s. 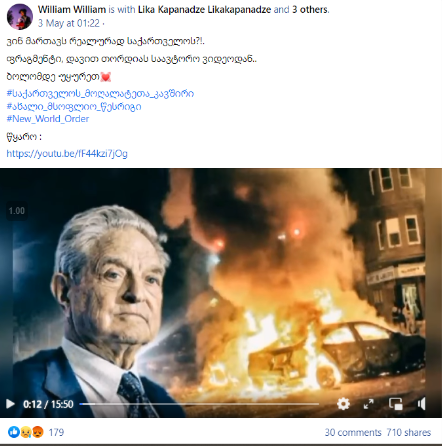 The video disseminated on social media contains 2 pieces of disinformation and 2 conspiracies. In fact:

When and who founded the IDFI?

David Tordia’s film “Revelation” states that through the support of the ‘Soros Foundation,’ a number of influential non-governmental organizations were established in Georgia in the 1990s, including one of the most important, the Institute for the Development of Freedom of Information, which was founded in 1996. According to the film, the founding members of this organization were Davit Zurabishvili, Giga Bokeria, Levan Ramishvili, Sozar Subari, Givi Targamadze, Tamar Kintsurashvili, Konstantine Vardzelashvili, Davit Paichadze, and Kakha Lomaia.

In fact, the IDFI is a non-governmental organization founded not in 1996 but in 2009. According to the IDFI website, the idea for the organization was conceived by researchers Levan Avalishvili and Davit Kldiashvili during an international conference in which Georgian and foreign historians discussed access to public information and access to state archives and archival documents in various countries. The Institute for Development of Freedom of Information has been working in Georgia since 2009 to improve openness, access to public information and transparency.

Since 2012, IDFI has been engaged in both analytical and government oversight activities, as well as advocacy, strategic litigation, consulting, and awareness-raising in all areas of good and democratic governance.

Are political parties funded by the Open Society Foundation?

The mentioned disinformation was voiced by pro-Kremlin “Alt-Info” in 2020. In an interview with “Myth Detector,” the representative of the OSFG confirmed that the organization’s mandate stresses that no funding can be allocated for political parties and their activities.

For more information on the topic, see the article by “Myth Detector:”

A total of 2,977 people were killed in the September 11th, 2001, attacks by the al-Qaeda terrorist group. The claim that the U.S. authorities knew everything about the incident was spread within hours of the terrorist attack, although none of the official investigations confirmed this information. For more on the 9/11 conspiracy theories, see Myth Detector Materials:

The last part of David Tordia’s video talks about the claim that the US offered countries around the world a new tactic – unification under its wing – which would guarantee its status as a world hegemon and create the New World Order.

Conspiracies about the New World Order have been circulating for years now, but have intensified in the context of the new Coronavirus pandemic and the Russia-Ukraine war.

Notably, the term New World Order still appeared in politics in the first half of the twentieth century, when after World War I, US President Woodrow Wilson came up with the idea of ​​creating an international policy that would prevent future world wars and their devastating consequences. Finally, in 1920, based on Wilson’s idea, an international organization, the League of Nations, was formed with the goal of collective security and the resolution of conflicts through negotiation.

Conspiracy theorists later adapted the term to a whole new range of topics. According to the conspiracies related to this topic, the ultimate goal is to establish global control. Issues such as mass chipping, 5G technology monitoring, and universal vaccination were discussed in this context.

Where does a Conspiracy Theory about “New World Order” Come from?

Hungarian-born American billionaire philanthropist George Soros often finds himself in the centre of conspiracy theories. In 1984, he founded the Open Society Foundations, which fund mainly democratic institutions and educational programs in Eastern Europe. George Soros has been accused of financing and organizing various protests in the United States and abroad for years. Conspiracy theories accuse him of destabilizing Europe and see him as a major sponsor of “color revolutions” and civil protests in the post-Soviet space (Georgia, Ukraine, Armenia). See fabricated quotes and disinformation about Soros in ‘Myth Detector’ materials: 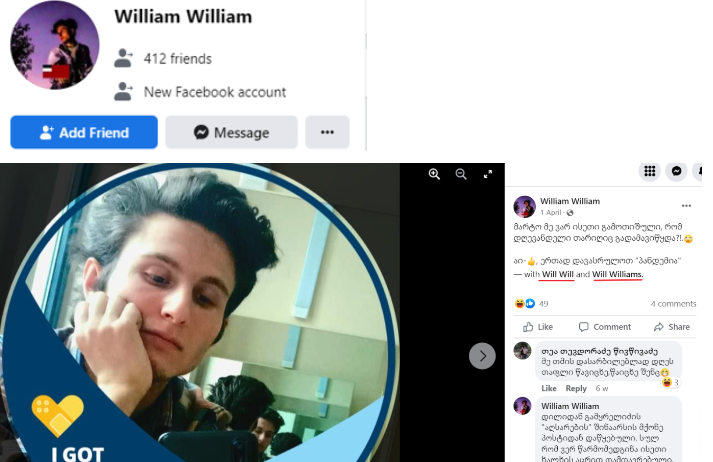