2 Anti-Semitic Conspiracies Along with the Fabricated Photo of Zelenskyy 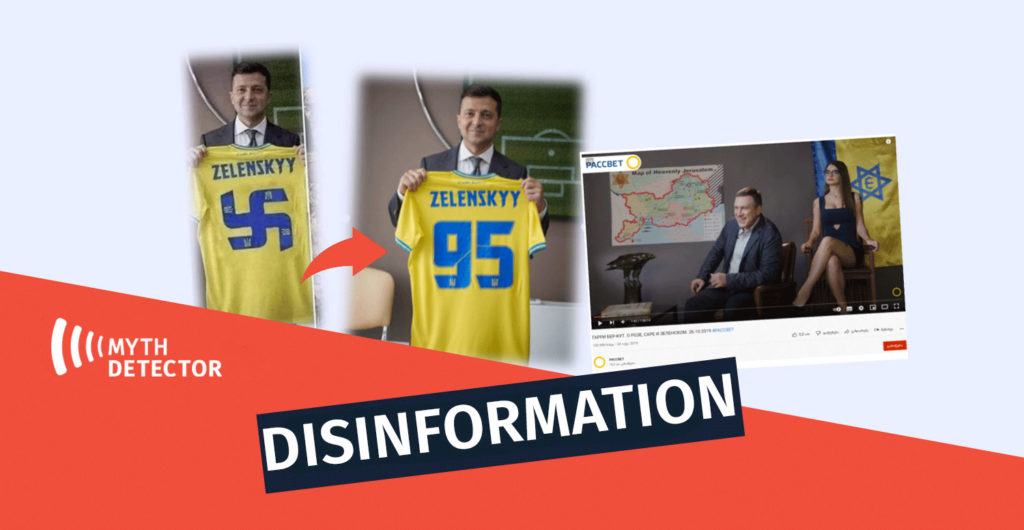 On March 23rd, the Facebook user “Fantina Georgian” published a post about the interests of Jews in the ongoing war between Russia and Ukraine. According to the description, the Jews are actually behind the war, and their goal is to make Ukraine a new “heavenly Jerusalem.”

Several photos accompany the post: the first shows a map of the “Heavenly Jerusalem” created on the territory of Ukraine, the second photo shows the President of Ukraine, Volodymyr Zelenskyy, holding a T-shirt with Swastika, the symbol of Nazism. The third photo shows the alleged scene of the division of Ukraine among world leaders, who wear the Star of David on their chest, indicating their Jewish origin. The photo shows the inscription “khazar khaganate” (Khazar Khakan); the rest of the pictures depict Zelenskyy’s meetings with rabbis and the interests of Jews in Ukraine. 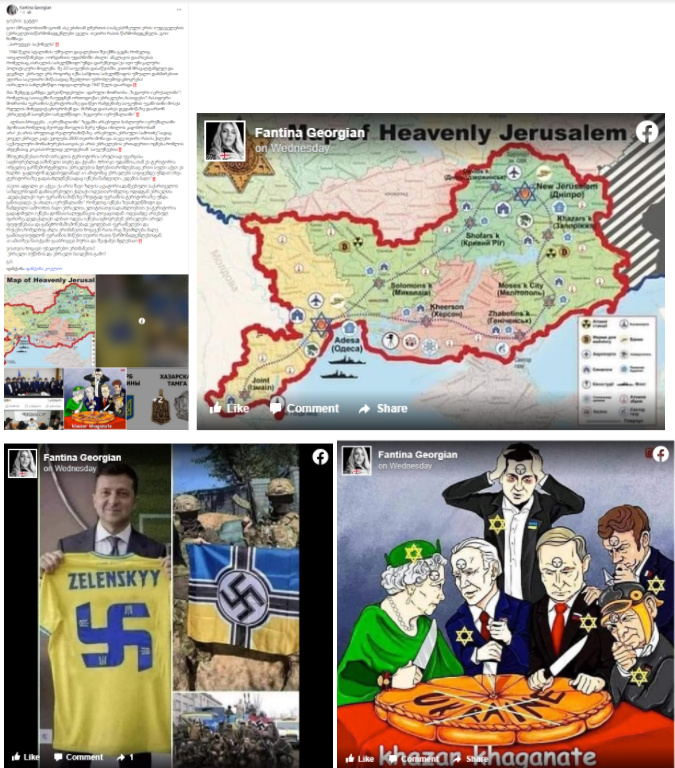 1) The claim that the Jews intend to build a “heavenly Jerusalem” on the territory of Ukraine is a conspiracy theory. The disseminated map belongs to the pro-Russian Ukrainian politician Igor Berkut. 2) The photo showing Volodymyr Zelenskyy holding a T-shirt with a swastika is fabricated. The authentic T-shirt belongs to the Ukrainian football team and shows the number 95. 3) The conspiracy theory against the “Khazar Jews” has been circulating globally since the VIII-IX centuries.

Conspiracy theories of anti-Semitic content go back many years. According to the majority of the theories, powerful Jews are behind the current events in the world, as they are in control of everything and rule the world according to their own views.

Since the emergence of the Russia-Ukraine war, anti-Semitic conspiracies have been actively disseminated on the Internet. The information in Fantina’s post that the ongoing Russia-Ukraine war is in the interests of the Jews and that its real purpose is to make Ukraine a “heavenly Jerusalem” is part of the content of anti-Semitic conspiracy theories claiming that the Jews want to conquer and dominate the world. The theory dates back to the “Secret Records of the Protocols of the Elders of Zion,” published in 1905 in the Russian Empire. The inauthenticity of the document has been proven many times; however, the followers of the theory still believe that this document confirms the desire of the Jews to take over the world.

Whom does the map of “Heavenly Jerusalem” belong to?

As for the photo of the map used in the post, on which the territory of Ukraine is marked as “Heavenly Jerusalem”, these and other versions of the map can be found on the Internet since 2018. The presentation of the initial version of the map and the idea of ​​arranging a “new Israel” on the territory of Ukraine was made by the leader of the pro-Russian political party “Great Ukraine” Igor Berkut (Gekko) on the Russian-language Internet channel РАССВЕТ on June 7th, 2018. 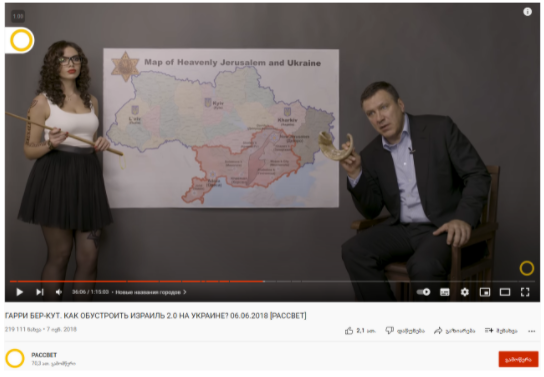 In 2019, the politician presented an updated map of the heavenly Jerusalem of Ukraine on the same channel. 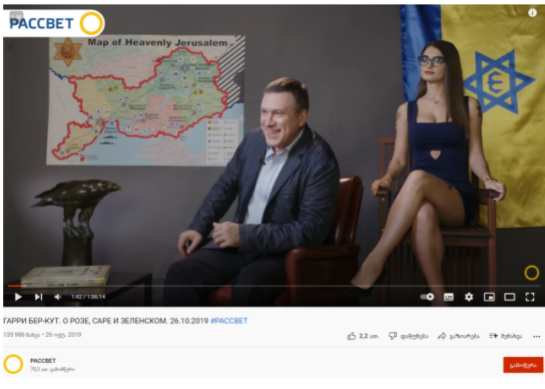 On РАССВЕТ, Igor Berkut even announced a competition for Ukrainian cities to be named after the “Heavenly Jerusalem”. The Youtube channel even published a list of these cities in the comments section.

Notably, Igor Berkut and his party “Great Ukraine” oppose Ukraine’s membership in NATO and the existence of the Ukrainian Armed Forces, while supporting the annexation of Crimea by Russia. Berkut also supports the restoration of control of the historical territory of “Novorossia” by Russia; he spoke about it on РАССВЕТ in September 2014. Berkut has published a book called “Brother,” which deals with Russian-Ukrainian relations. 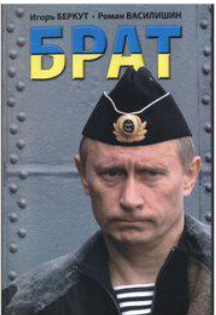 The photo of Volodymyr Zelensky used in a post by Fantina Georgian, where he is holding a T-shirt with the image of a swastika with the inscription “Zelensky,” is fabricated. In fact, the original version of the photo was published on Zelensky’s official Instagram page on June 8th, 2021, and features the number 95 instead of the swastika. 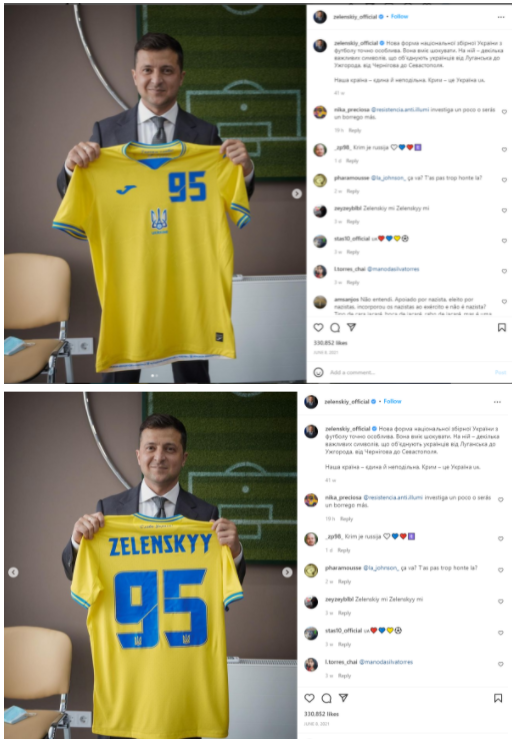 The description of the photo indicates that it is n uniform created for the 2021 European Championship for the Ukrainian national football team. Zelenskyy emphasizes that the uniform depicts several symbols that unite Ukrainians “from Luhansk to Uzhgorod and from Chernihiv to Sevastopol.”

Zelensky also posted a photo taken in the uniform of a football team on June 9th. 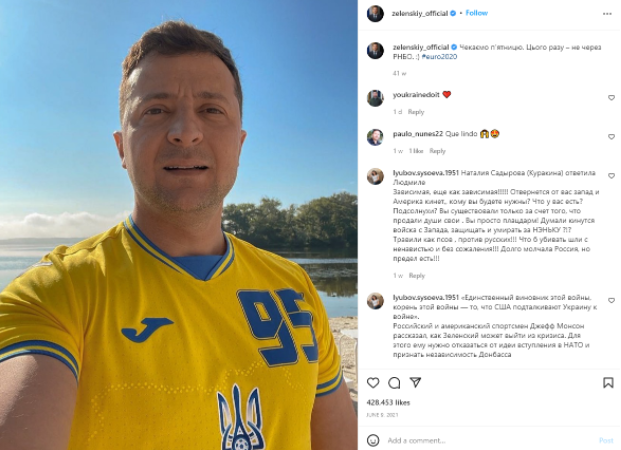 The illustration used in the post by Fantina Georgian shows the process of redistribution of Ukraine by world leaders, which is illustrated in the form of “cutting” the cake. The photo’s caption, “Khazar Khakan,” is used to describe this event. 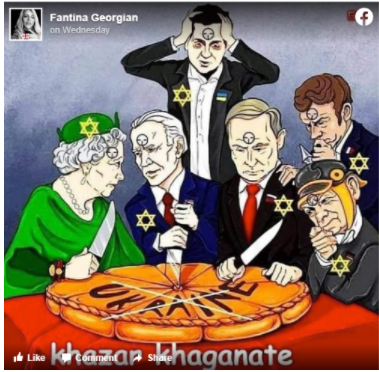 The anti-Semitic conspiracy theory against the Khazars came about in the VIII-IX centuries. According to the theory, the people known as the Khazars living in the territory of present-day Kazakhstan converted to Judaism in order to build a secret empire. The conspiracy further claims that the Jews living in Eastern Europe are not Jews but Khazars, and they are trying to obtain world domination.

The popularity of this theory has grown in the context of the Russia-Ukraine war. According to the followers of the theory, the Khazar Jews are residing in Ukraine, and Russia’s attack on Ukraine will help the country to liberate itself from their domination. Evidence of this content is being actively disseminated by followers of the movement QAnon, who claim that the last centre of the “Khazar Mafia” is located in Ukraine and that the “deep state” is run from there. QAnon is a group of conspiracy theorists who believe that politicians, journalists, the Hollywood elite and other celebrities are members of a secret group of Satanic paedophiles and that Donald Trump is fighting against them.

Conspiracy theories about QAnon and the “Deep State” have been fact-checked by “Myth Detector” in the past as well. For more, see our articles: