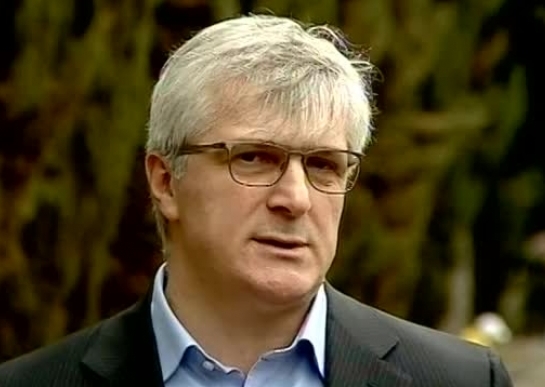 *There are other components included into the cost of gas, but the costs of production and transportation are the most important ones.

This allows us to purchase gas for a better price from Azerbaijan, rather than from Gazprom.Even if Gazprom decreases the price considerably today (as a bait), tomorrow it will have to increase the price anyway. Azerbaijan will always have the capability to sell us gas for a lower price than Gazprom.

2. Gazprom is unreliable supplier, while gas supply from Azerbaijan is stable and trustworthy. Gas supply from Gazprom is accompanied by great risks. During the last several years Gazprom has halted gas supplies in the middle of winter a number of times, without any solid reason or warning. Gazprom also halted gas supplies to Ukraine, Eastern European and Baltic countries on various occasions. Azerbaijan supplies us with gas reliably and smoothly, which brings the risks of gas supply from this country almost to zero.

5. Azerbaijan has technical capability to supply Georgia with enough gas even in winter, when gas consumption is highest.Categorical statements by the Minister of Energy Kakha Kaladze, that Azerbaijani side cannot supply additional gas through Kazakh and South Caucasus pipelines, have been refuted by SOCAR representatives. It turns out that current daily 6 million m3supplied through Kazakh pipeline can be increased to 7 million m3 per day. SOCAR representative has also promised Georgian side increased supplies through South Caucasus pipeline.

6. Gazprom is the Kremlin’s political weapon.The Kremlin and Putin have used Gazprom to pressure neighbors many times. Just like Georgia, other European countries were victims of this strategy at various times. That is why EU has openly stated its goal to decrease its dependence on Gazprom’s gas to minimum. This is the main reason why Gazprom’s gas export to Europe decreased in 2015 from 200 to 175 billion m3. It is obvious by now that China also is in no hurry to purchase additional gas from Gazprom. As a result, financial state of Gazprom is difficult. The market value of the company has decreased by 90% during the last years. Thus, Gazprom as the Kremlin’s political weapon, has become somewhat blunted. Against this background, even relatively small Georgian market is not quite inconsequential for Gazprom.It is obvious that it is a key priority for Putin to restore Gazprom’s positions. It is not clear why do we help him in achieving this goal.

7. Georgia is becoming more unreliable partner for Azerbaijan. Since October 2012, relations between Azerbaijan and Georgia have become more difficult. Azerbaijani press often talks about changed attitude of the Georgian government towards Azerbaijan. At the same time, sharp fall of oil prices has seriously worsened economic shape of Azerbaijan. Azerbaijani manat lost value by 120% during the last year. Our partner state needs hard currency from gas sales. Georgia, which is gas importer, has to pay dollars for gas in any case. The question is: why should dollars go from Georgia to Russia instead of our partner Azerbaijan?

8. Azerbaijan does not and will not abuse its monopoly. Just like we are dependent on Azerbaijan for the gas supplies, Azerbaijan also is dependent on us for the transit of gas. This mutual dependence creates a very firm balance. We and our Azeri partners are “in the same boat”, as the saying goes. The question is: why does the Georgian government shake this boat?

9. Our present government is not competent enough to negotiate with Gazprom without compromising interests of Georgia. The gas transit contract with Gazprom, on the basis of which gas is transported from Russia to Armenia, while Georgia keeps 10% of this gas for transit through its territory, is beneficial for Georgia. For this reason, Russia attempted to change this contract many times, but was always rebuffed. Russia’s argument that according to international standards transit costs must be covered with money instead of gas is only bluff. Agreement between two sides is not subject to any particular standard. Agreement that is beneficial to us should not be changed. Because of this agreement, and because Gazprom has to supply Armenia with gas through Georgian territory, we are in a strong position versus them. We must not weaken this position. And Gazprom is trying to inflict long-term, irreparable damage for this position of ours. Our government, meanwhile, does not or cannot resist to this process.

Incompetence of the Ministry of Energy is also demonstrated by the fact that in the middle of winter it has to seek additional gas for this same winter. The effort should have been started much earlier, in cooperation with SOCAR.

Statements by our government consistently differ from statements of the Azerbaijani side. The Minister of Energy talks about 19% increase of gas consumption, while SOCAR states it is 9%. With the national economic growth at 2.5%, increase of 19% in the gas consumption is unbelievable and could indicate seriously increased corruption in the system.

11. Our government lets Gazprom back to the Georgian market. Since 2008, we have been steadily decreasing amounts of gas we receive from Gazprom (except the gas for the transit through Armenia). And we managed this when we had large economic growth. For the last three years we haven’t been buying any Gazprom gas at all. Gazprom was out od the Georgian market. Now we are letting it back again. If promises from SOCAR representative regarding additional volumes of gas are real (and we have no reason to suppose otherwise), then daily deficit during the remaining month-and-a-half will be about half a million m3, the cost of which is only about $4.5 million. Such small imbalance can be easily neutralized through decrease of consumption and/or small increase of price for commercial gas. For this small volume, it makes no sense to either change the transit contract, or let Gazprom back on the Georgian market.

12.Whether intentionally or unintentionally, our government is helping Russia to increase its influence in the South Caucasus. Russia very badly needs geopolitical changes in the South Caucasus that are important and beneficial for itself (and thus, damaging for Georgia, Azerbaijan, Turkey and the West). It is very probable that Gazprom’s current negotiations with the Georgian government are also in the service of this objective.